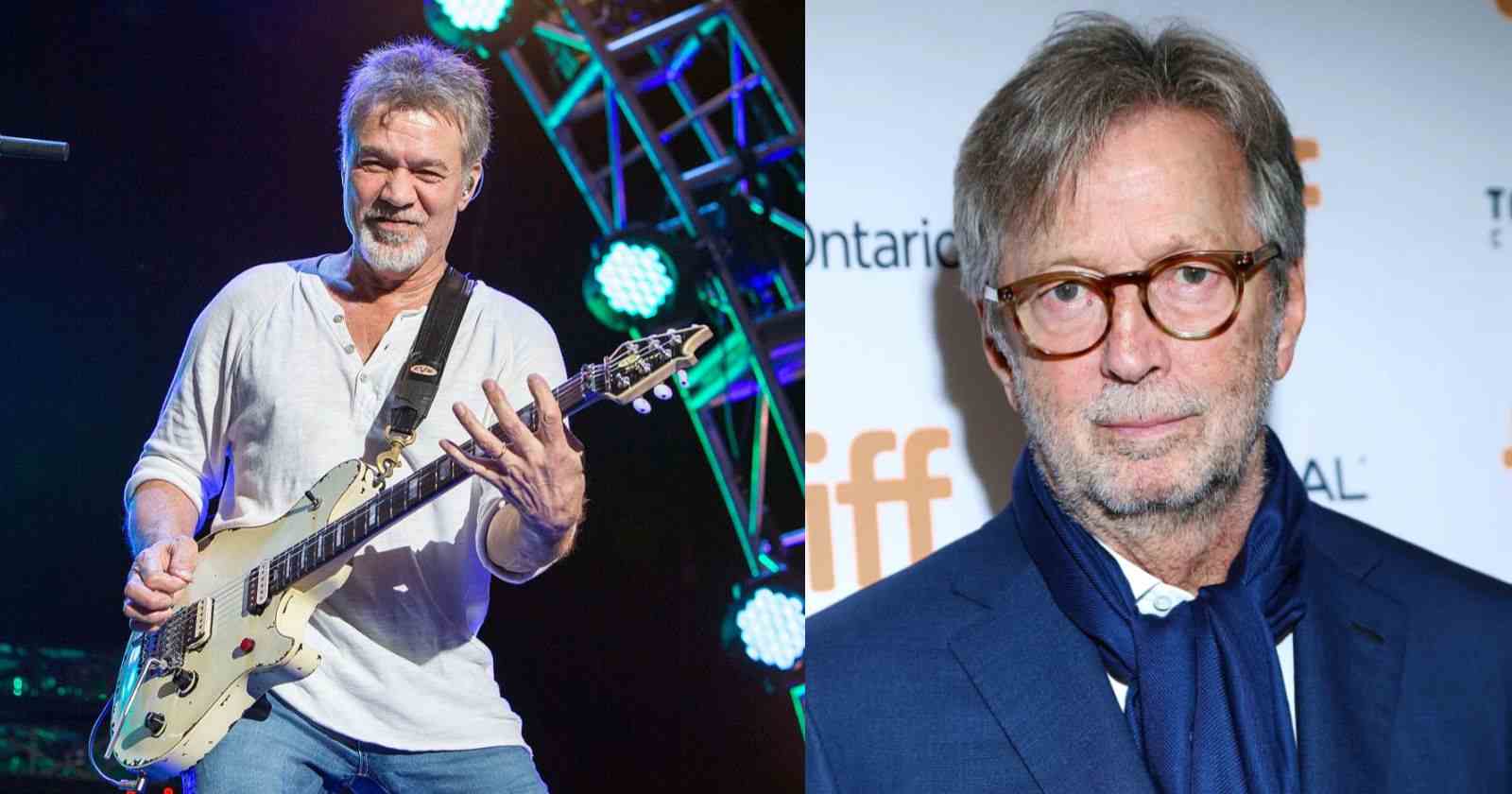 Eddie Van Halen was one of the best guitarists of all time and in an interview with Rolling Stone magazine back in 2011 he gave his opinion on Eric Clapton talking about the guitarist’s career and his skills.

“Well, after Cream he changed, you know? When he started doing “I Shot the Sheriff” and this and that, and when he hooked up with Delaney & Bonnie, his whole style changed. Or at least his sound. I think the major factor was, if you listen to the live stuff — like, say, “I’m So Glad” on Goodbye, Cream — you listen to the three guys go, and it was Jack Bruce and Ginger Baker that actually made Clapton sound really good.”

“Because they were a couple of jazz guys pushing him. I think I actually read somewhere a long time ago that Clapton said, “I didn’t know what the hell I was doing.” He was just trying to keep up with the other two guys.”

“But it’s funny, though, because when I did dig back to the John Mayall Bluesbreakers days, I found Peter Green, who’s actually more Clapton than Clapton himself. He was a little smoother and more tasty, you know? I don’t know what ever happened to him….”

Do you remember when you had first encountered Clapton’s music? Had you heard any of the pre-Cream stuff at that point?

“Actually after Cream I dug back a little bit to the Bluesbreakers stuff, but my favorite stuff was when he was in Cream. Which was only a couple, three years. It wasn’t a very long run, but what I really liked was their live stuff, like Wheels of Fire and Goodbye, Cream and stuff like that, because then you could really hear the three guys playing in their live element.”

And you would literally slow down those records and learn every lick.

“Yeah, I’d take the turntable and do that. Bottom line, it’s all blues-based… You’ve got three chords that are most pleasing to the ear, and you’ve got 12 notes to work with. It’s very basic. At the time of Clapton, of course you had Jimmy Page, [Jimi] Hendrix, [Jeff] Beck, and Townshend and all these guys… Pete Townshend was an influence as a rhythm guitarist. I never really got into Hendrix. I don’t think I ever even bought a record of his. He was more abstract in his approach.”

“So I never understood any of these polls, or who’s most important and this or that. But if you do want to take that approach, from my perspective anyway, I would have to start with the people who gave us the electric guitar, which is Les Paul and Leo Fender. Because without them we wouldn’t have a guitar to play.”

“Les Paul, being a player and an innovator, I would say would be at Number One. Leo Fender wasn’t necessarily a player, he surrounded himself with players, and created an electric guitar. And then came Eric Clapton, who is at the top of my list. What attracted me to his playing and style and vibe was the basic simplicity in his approach and his tone, his sound.”

“He just basically took a Gibson guitar and plugged it straight into a Marshall and that was it. The basics. The blues. So, you know, then what I ended up personally doing… I didn’t like a Les Paul or a Fender. So I cross-pollinated the two — I took the best parts of each one and made my own guitar. And basically Clapton is the only one that’s influenced me. In the Cream days. By the time Cream broke up, I pretty much kind of took the ball and ran my own way with what I had learned.”