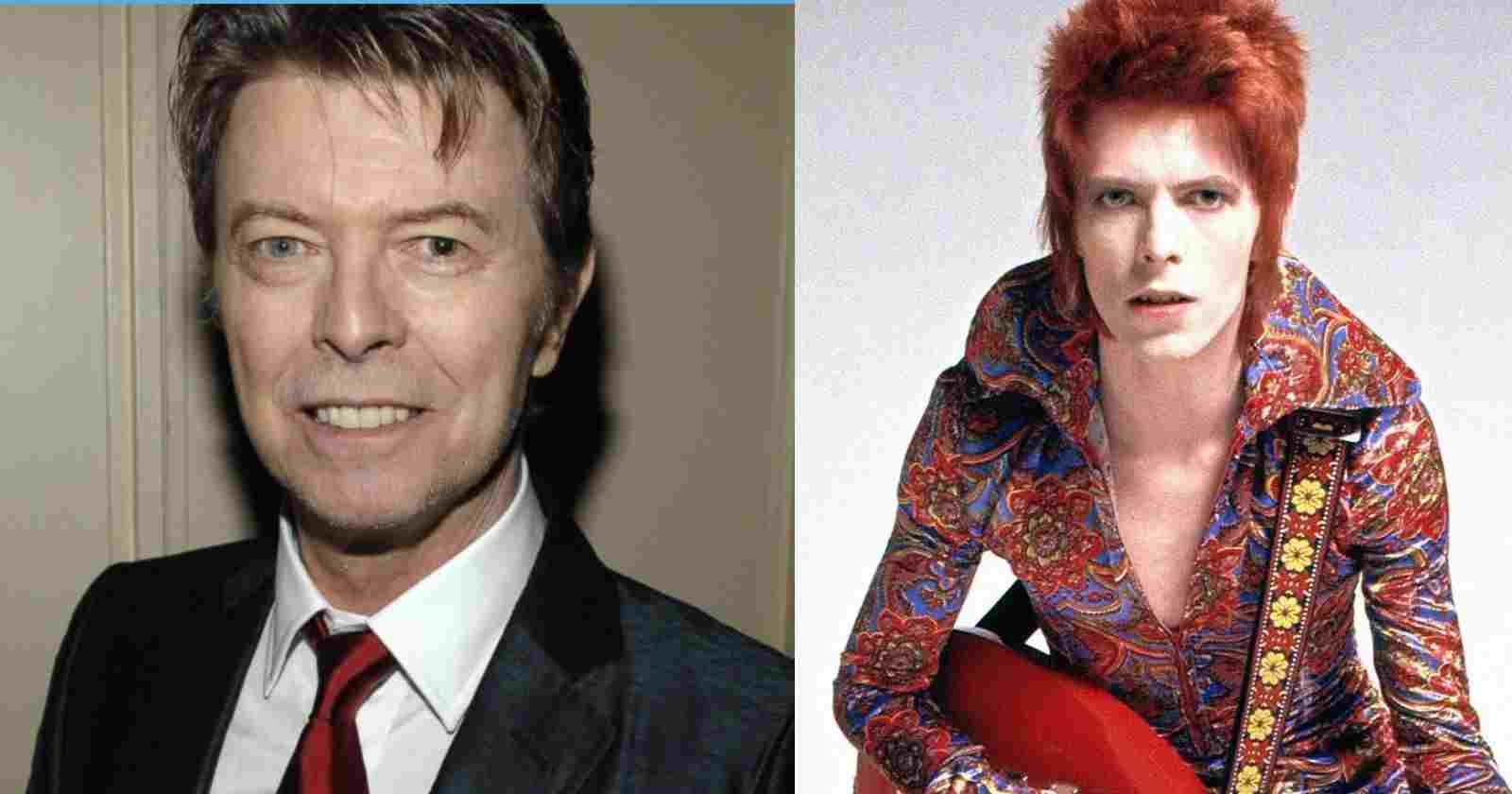 David Bowie was a complete artist that besides being a musician, he was involved in fashion, was also an actor in several movies and created different personas during his career. In an interview with Q Magazine back in 1990 he explained his inspiration to create Ziggy Stardust.

What was David Bowie’s inspiration for creating Ziggy Stardust:

When asked if Ziggy Stardust was inspired by the old rock and roll musician Vince Taylor, Bowie said: “Yes, that’s right. He looked like a tall, gangly Gene Vincent in his black leather. he thought he was Presley-esque but he was much tougher looking than Presley. he had a very successful career in France – he was the French Presley – and he was very messed up, both psychologically and with drugs.”

“But he did in his own mind become the Messiah. And he came over to London, so we got him. He used to hang out on Tottenham Court Road and I got to know him then. And he had these strange plans showing where there was money buried, that he was going to get together; he was going to create this new Atlantis at one time. And he dragged out this map of the world, just outside Tottenham Court Road tube station – I’ll never forget this!”

“And he laid it on the pavement and we were both down here [Bowie gets down on his hands and knees, almost weeping with laughter] and he was showing me all this. It was so funny! I’m the kind of person who never says no, and so I’m going, OK! Mmmmm, oh yes… thinking, What am I doing down here? This is so embarrassing!”

“The guy was unbelievable. He had this six-day party once in some guy’s house, that just went on and on. Just the weirdest kind of creature. And he always stayed in my mind as an example of what can happen in rock’n’roll. I’m not sure if I held him up as an idol or as something not to become.”

“Bit of both, probably. There was something very tempting about his going completely off the edge. Especially at my age then, it seemed very appealing: Oh, I’d love to end up like that, totally nuts. Ha ha! And so he re-emerged in this Ziggy Stardust character,” David Bowie.

“But the last name, Stardust, came from another of my favourites, the Legendary Stardust Cowboy, who was on Mercury Records along with me in the Space Oddity days, and he sang things like I took A Trip In The Gemini Spacecraft. His big hit was Paralysed… well, I bought it! He was a kind of Wild Man Fischer character; he was on guitar and he had a one-legged trumpet player and in his biography he said, “Mah only regret is that mah father never lived to see me become a success.” I just liked the Ziggy Stardust bit because it was so silly.”

“And the Ziggy bit came from a tailor’s that I passed on the train one day. It had that Iggy [as in Iggy Pop] connotation but it was a tailor’s shop, and I thought, Well, this whole thing is gonna be about clothes, so it was my own little joke calling him Ziggy. So Ziggy Stardust was a real compilation of things,” David Bowie said.