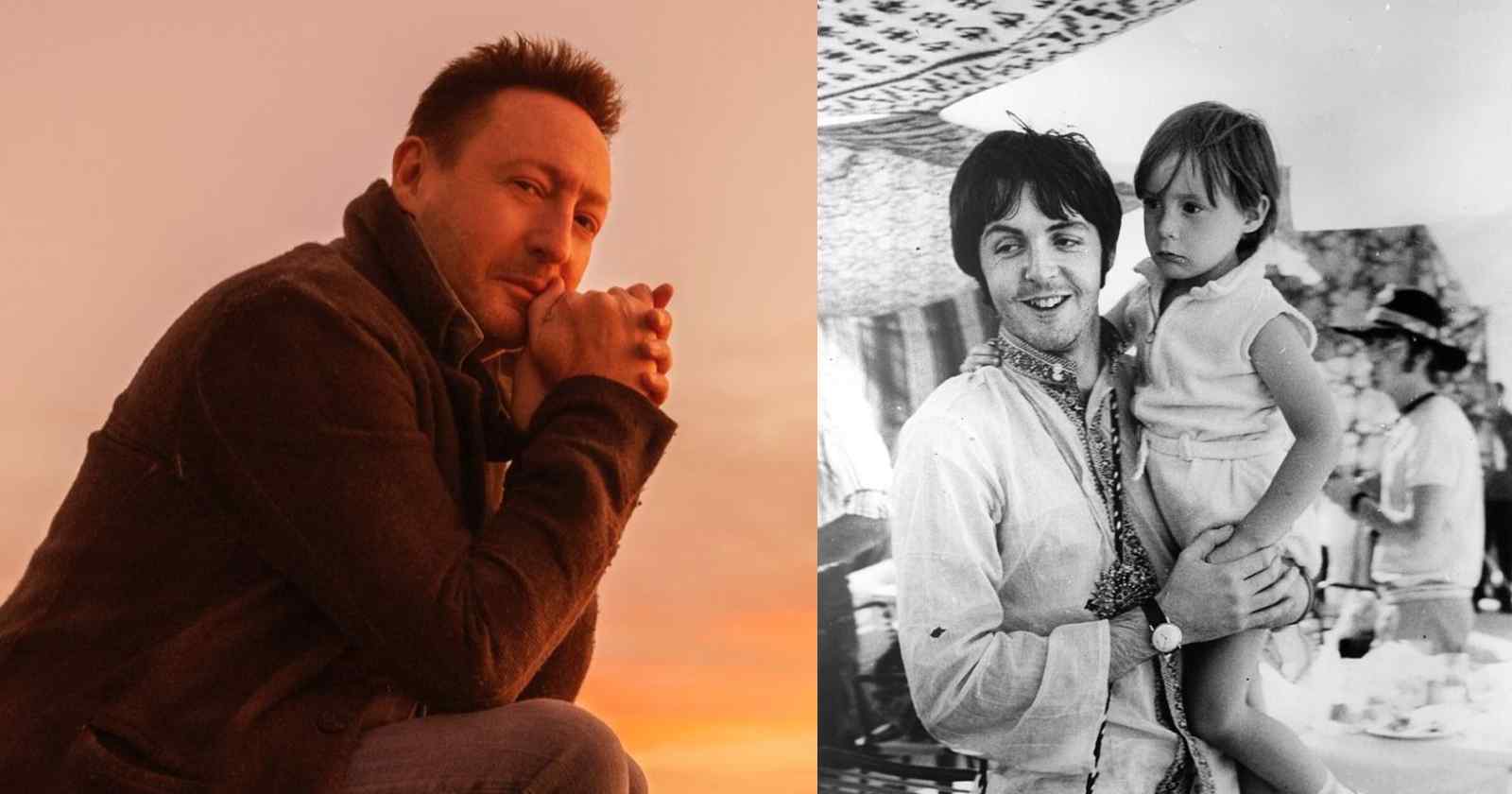 John Lennon‘s oldest son Julian Lennon, born in the Beatle first marriage with Cynthia Powell, suffered a lot when the news that his father and his mother decided they were going to divorce. The sadness of the moment inspired Paul McCartney to write “Hey Jude” that would become a Beatles classic.

In an interview with BBC Radio 4 show “Inheritance Tracks” back in 2011 (Transcribed by Rock and Roll Garage), Julian Lennon talked about McCartney being inspired by his sadness when writing the song.

“One day, many, many moons ago a gentleman called Paul McCartney wrote a song about me. He was just trying to console me and mom to the fact that mom and had separated. The piece of music I’ve inherited is ‘Hey Jude’ by The Beatles and he wrote the song whilst on the way over to see mom. Apparently he was sitting in his car in the rain just (as) the idea of ‘Hey Jules’ came to his head, although he felt ‘Hey Jules’ dind’t sing well enough. So he changed to ‘Hey Jude’.”

“(My) relationship with dad was very few far between, really. There are fond flashes of memories. I just remember sitting on a roof with him before mom and dad separated, looking at the sun going down because we’ve made a balsa wood plane with the rubber band that you’ve wined of flick around and wind up up with your hand and flying those off the roof. It’s simple moments like that. Sadly too few.”

“It was probably only on later life when I was just entering my teens that I’d become much more aware of who I was and also how people felt about me. I just recall one school that I went to in the north in Hoylake. On the first day in school the head teacher introduces me to whole school as John Lennon’s son. Imagine what I had to deal with that scenario. Everybody felt that I had money in the bank, that we were rich, this that and the other. That was never, ever the case, you know.”

“I became a very fast runner, seriously. I had to run like the wind to escape many, many fights, I was quite a frail young lad, so it was a tough time. But it’s got better since, thank God. I probably saw (him) after he dissapred when I was five, I would say maybe a total of 10 times, I saw him before he was murdered. I didn’t really know him. Of course I felt hugely upset about the fact that when Sean came along, who I love, I was probably in my early teens going to visit Sean and seeing him with all the love and all the toys he could ever want. He was getting all the attention that I felt he never paid to me. So it was tough.”

“Paul and I do keep in touch. We send each other cards for Christmas and birthdays. But it’s difficult, he is touring all over the world like the Energizer bunny he doesn’t stop. That’s someone to definitly look up in regards to longevity in a career. ‘Hey Jude’ is very much a consoling song, when one does falls on to the hard times, to be aware that I need to remain strong, keep strong throughout, you have strength within you. We all do and it’s all about bringing that pride and strength back into your life”.

Paul McCartney was like a father figure to Julian

The Beatles guitarist and singer John Lennon talked in an interview with Spin Magazine back in 1975 about his relationship with his son Julian, that at the time was only 11. The musician said that the child was a Beatles fan and he felt like sometimes Julian wished that Paul McCartney was his father

“I think he likes Paul better than me … I have the funny feeling he wishes Paul was his dad. But unfortunately he got me … It must be hard to be son of anybody. He is a bright kid and he’s into music. I didn’t encourage him, but he’s already got a band in school.”