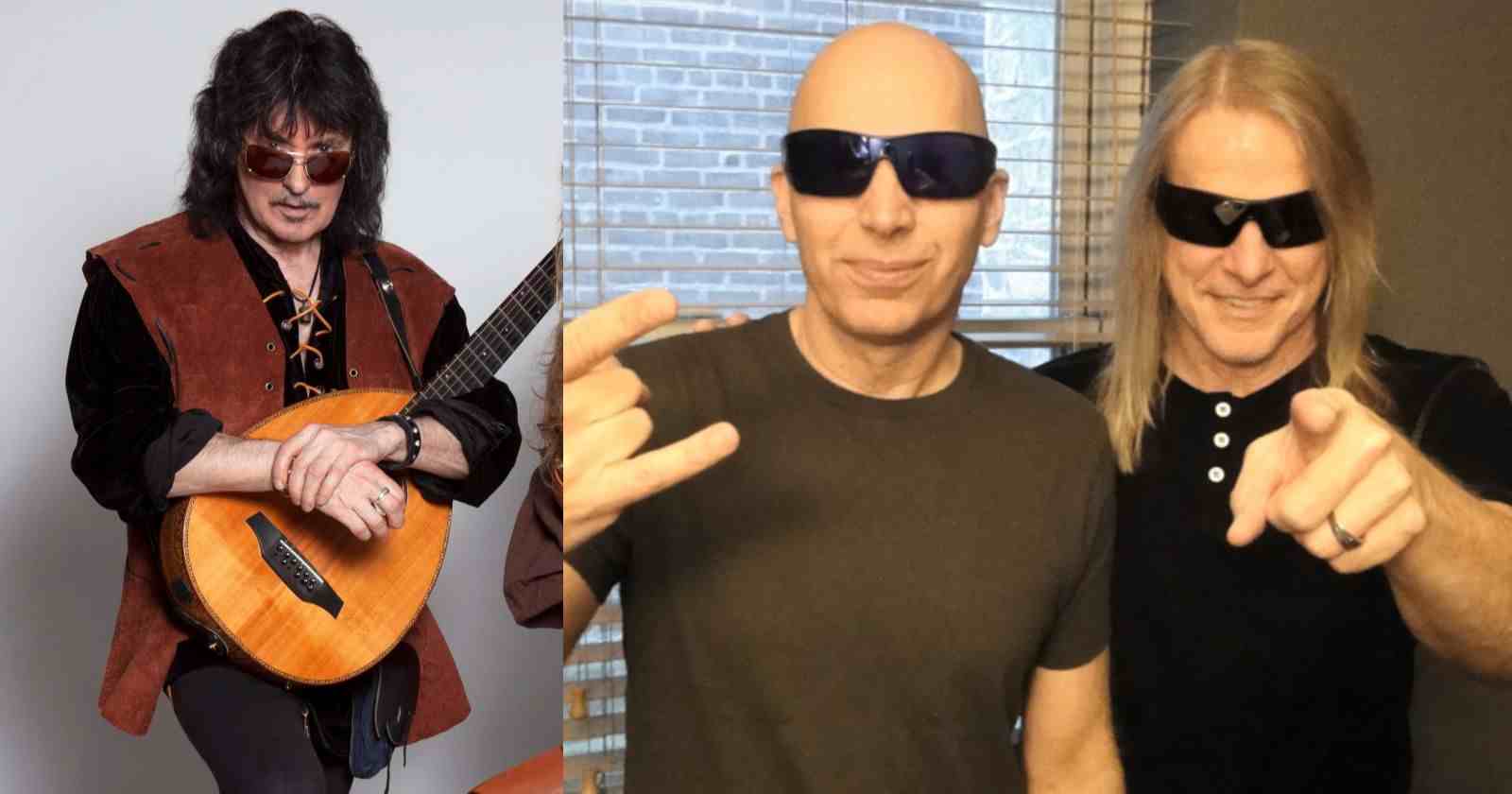 What is Ritchie Blackmore opinion on Steve Morse and Joe Satriani:

“To me, listen to Joe Satriani, he is a brilliant player, but I never really hear him searching for notes. I never hear him playing maybe a wrong note. Jimi Hendrix used to play lots of wrong notes, because he was searching all the time, ‘where the hell is that correct note’. When he did find that right note… wow, that was incredible, but if you are always playing the correct notes there is something wrong, you’re not searching, you’re not reaching for anything.”

“But that’s not to say that he is a very brilliant player, same with Steve Morse, fantastic player. I’m just glad they (Deep Purple) found a guitar player to carry on. Because i thought I was going to be schackled to this band for the rest of my life. It was like a ball and chain thing. Luckly they said: ‘Oh we found someone’. Thank god, I can get out, you know.”

“I haven’t listen much, I just know that Joe Satriani and Steve Morse are brilliant players. So I remember Steve Morse with the Dixie Drags, fantastic. Some people play from the heart and other people play from the head. I prefer a ‘heart’ player, I prefer someone like a Blues player with the kind of Jeff Healey, he is tremendous. I think John Mayall guy is great too. If I hear someone really technical running up and down a fingerboard I can hear that for a couple of minutes. Then I start to get kind of bored, i’m thinking of things like playing football.”

“But I do like to hear someone reaching for something, you know, quite no making it and sometimes they do make it and they are very polished, like Joe Satriani, it’s a very polished player, almost like too polished, that’s what worries me sometimes. But it’s some differentes strokes for some different folks as an enemy of mine used to say, which is such a corny thing. Some people are into that head music, that head technique, some people are into the heart technique, some people are into blues technique. I personally into minstrel technique. If I hear someone playing a lute or playing crumb horn, it just moves me.”

“I don’t know why, guitar players I find kind of boring and that’s not meant as a dig. I just find myself boring and I have to and lock myself away. The guitar is a wonderful instrument in certain ways like if you are listening to something like John Williams play, then you know. The man can play and he will play a fast piece, a slow piece, he will emote, he has it down. That’s just awe inspiring to hear someone like that. I think the main objective is to move, make people think in their heart.”

“I’m personally not interested in appealing to other musicians. To me is more inspiring to move someone who doesn’t know nothing about music, but has a feel. They can say ‘I don’t know what you are doing but I just feel there is something there’. That to me is an incredible compliment”.

“(And other guitar players) just go up and down in the fingerboard. Well that’s wonderful, very fast. Really, all that means is that i’ve just practiced the hell of out the guitar. I’m not really saying anything, i’m going from A to B, but no saying anything on the way.”