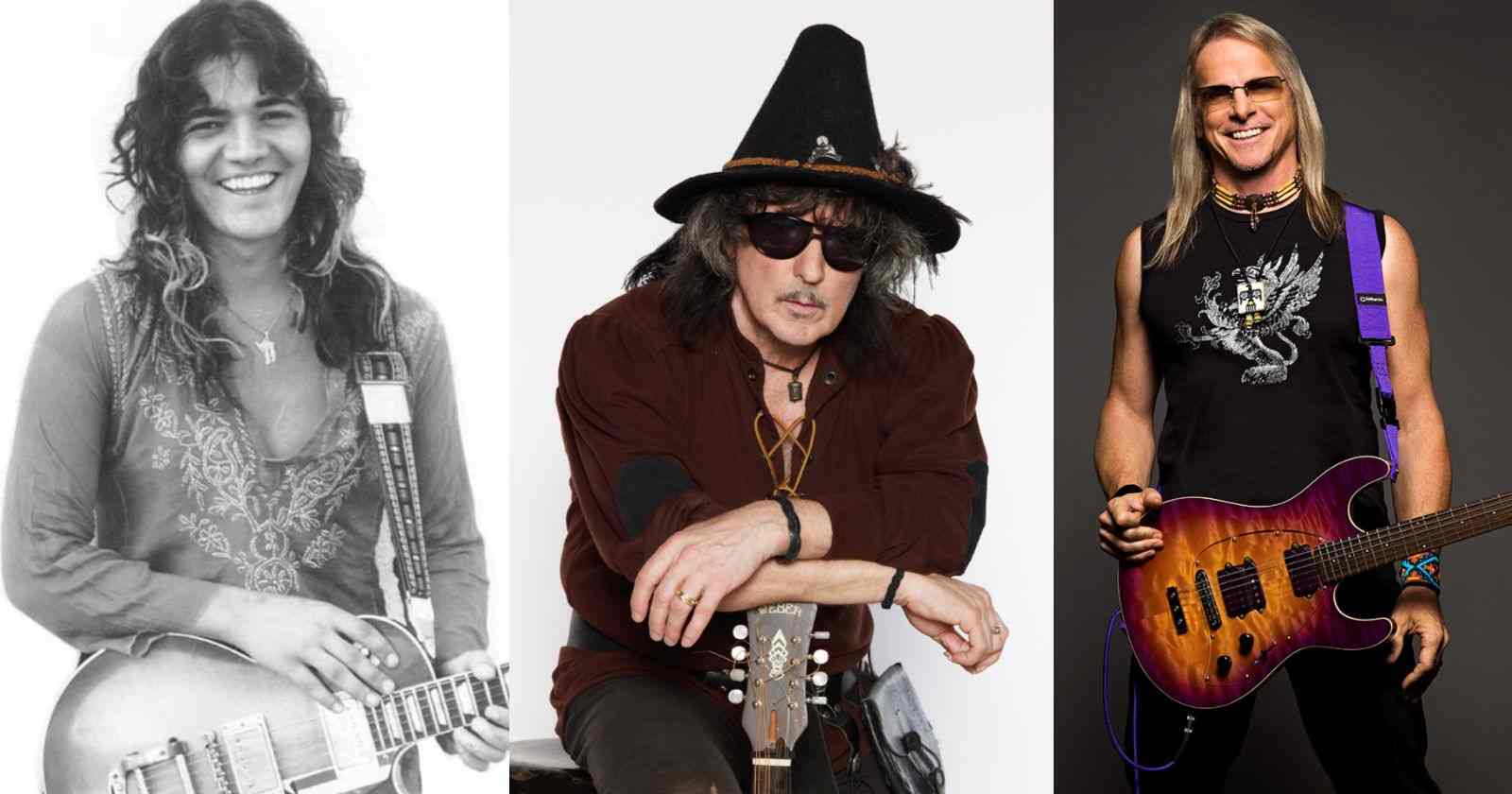 Ritchie Blackmore is the most famous Deep Purple guitarist but he was not a member of the group during some periods being replaced by musicians like Tommy Bolin, Joe Satriani and Steve Morse. In an interview with Guitar.com back in 2010, Blackmore gave his opinion on the other guitarists that played with the band.

The opinion Ritchie Blackmore has about the other guitarists Deep Purple had:

“I think they’ve done very well. Of course, Joe (Satriani) is a brilliant player. But I think he did the right thing by leaving only after two weeks [laughs]. And Steve Morse is an incredible player. A lot of people try to get some wisecrack out of me, but when you’re talking about guitar players along Satriani and Morse’s caliber, they’re brilliant. And I could carry on by saying I’m not too sure why Steve is hanging on in that band, but that’s his prerogative, obviously. He must see something there.

During an interview posted by Blackmore’s fan club on their Youtube Channel he talked a little bit more about Satriani and Morse:

“To me, listen to Joe Satriani, he is a brilliant player, but I never really hear him searching for notes. I never hear him playing maybe a wrong note. Jimi Hendrix used to play lots of wrong notes, because he was searching all the time, ‘where the hell is that correct note’. When he did find that right note… wow, that was incredible, but if you are always playing the correct notes there is something wrong, you’re not searching, you’re not reaching for anything.”“But that’s not to say that he is a very brilliant player, same with Steve Morse, fantastic player. I’m just glad they (Deep Purple) found a guitar player to carry on. Because i thought I was going to be schackled to this band for the rest of my life. It was like a ball and chain thing. Luckly they said: ‘Oh we found someone’. Thank god, I can get out, you know.”“I haven’t listen much, I just know that Joe Satriani and Steve Morse are brilliant players. So I remember Steve Morse with the Dixie Drags, fantastic. Some people play from the heart and other people play from the head“But I do like to hear someone reaching for something, you know, quite no making it and sometimes they do make it and they are very polished, like Joe Satriani, it’s a very polished player, almost like too polished, that’s what worries me sometimes. But it’s some differentes strokes for some different folks as an enemy of mine used to say, which is such a corny thing. Some people are into that head music, that head technique, some people are into the heart technique, some people are into blues technique. I personally into minstrel technique. If I hear someone playing a lute or playing crumb horn, it just moves me,” Ritchie Blackmore said.

In an interview with Guitar World back in 1991 Ritchie Blackmore talked about Tommy Bolin, saying:

“I originally heard him on Billy Cobham’s Spectrum album, and thought, “Who is this guy?” Then I saw him on television and he looked incredible – like Elvis Presley. I knew he was gonna be big.
When I heard that Purple hired him I thought it was great. He was always so humble. I remember he would always invite me out to his house in Hollywood to see his guitar. One day I went to his place. I walked in and tried to find him, but no one was around.”

“There was no furnishings – nothing. I stayed there for ten minutes before he finally appeared. He showed me his guitar, and the strings must have had a quarter-inch of grime on them, as though he hadn’t changed them in four years. I asked him when was the last time he’d changed strings, and he said very seriously, “Gee, I don’t know. Do you think I should change them?”