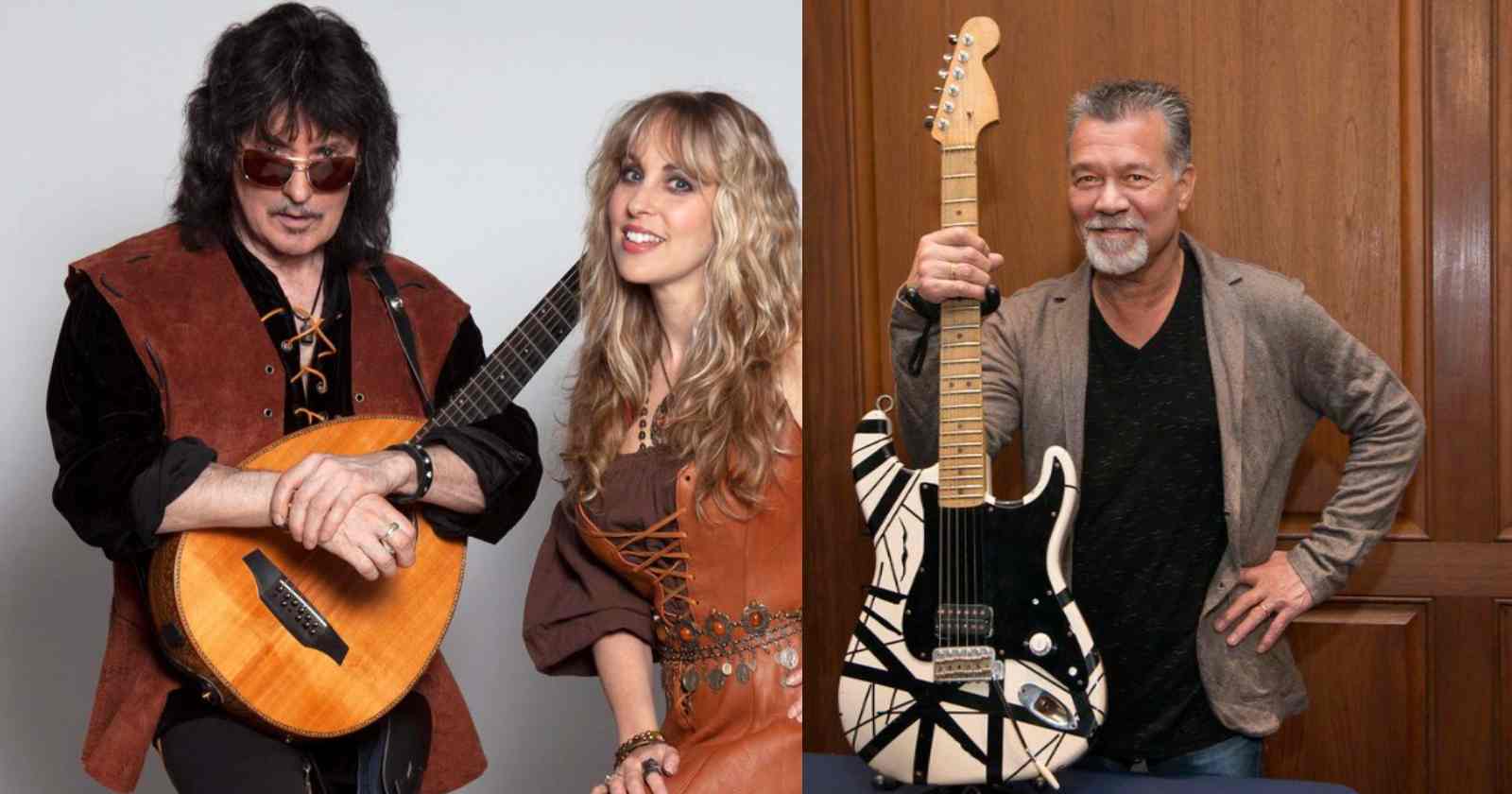 Rainbow and ex-Deep Purple guitarist Ritchie Blackmore always been sincere in his statements, never hiding his thoughts. In an interview with Guitar World back in 1991 he gave his opinion on guitarist Eddie Van Halen and the “tapping” technique.

The Ritchie Blackmore opinion on Eddie Van Halen and tapping:

What do you think of tapping?

“Thank goodness it’s come to an end. The first person I saw doing that hammer-on stuff was Harvey Mandel, at the Whisky A Go-Go in ’68. So I thought “What the hell is he doing?” It was so funny [laughs], Jim Morrison was carried out because he was shouting abuse at the band. Jimi Hendrix was there, we were all getting drunk. So then Harvey Mandel starts doing this stuff [mimes tapping]. “What’s he doing?” everybody was saying, even the audience stopped dancing.”

Obviously, Eddie Van Halen must have picked up a few of those things, what do you think of him?

“It depends on my mood. He is probably the most influential player in the last 15 years ’cause everybody’s gone out and bought one of those, what does he play, Charvel, Carvel … Kramer, with the locking nut. Yes, with the locking nut! So everyone’s gone hammer-on crazy! So he’s obviously done something, he’s a great guitar player. But I’m more impressed by his recent songwriting and keyboard work, I think he’s going to be remembered—he could be the next Cole Porter.”

As reported by Classic Rock magazine, Ritchie Blackmore praised Van Halen after his death in 2020, saying:

“Eddie Van Halen was a brilliant guitarist who started a technique of guitar playing which was emulated by a whole generation of guitarists. He was one of the nicest musicians I ever met in the music business, very shy and not at all conceited about his ability as a guitar player. Frank Zappa said [Eddie] reinvented the guitar. I agree. He will be sadly missed but his brilliant legacy will always be remembered, the ultimate guitar hero.”

Born in Weston-super-Mare, Somerset, England back in 1945, Ritchie Blackmore is considered one of the best guitarists of all time that had a successful career especially with Deep Purple and Rainbow. He was inducted to the Rock and Roll Hall Of Fame back in 2016 as a member of Deep Purple. However, he refused to be in the ceremony.

Since the late 90’s Blackmore’s main work in the music business has been on Blackmore’s Night, traditional folk rock band formed with his wife Candice Night.