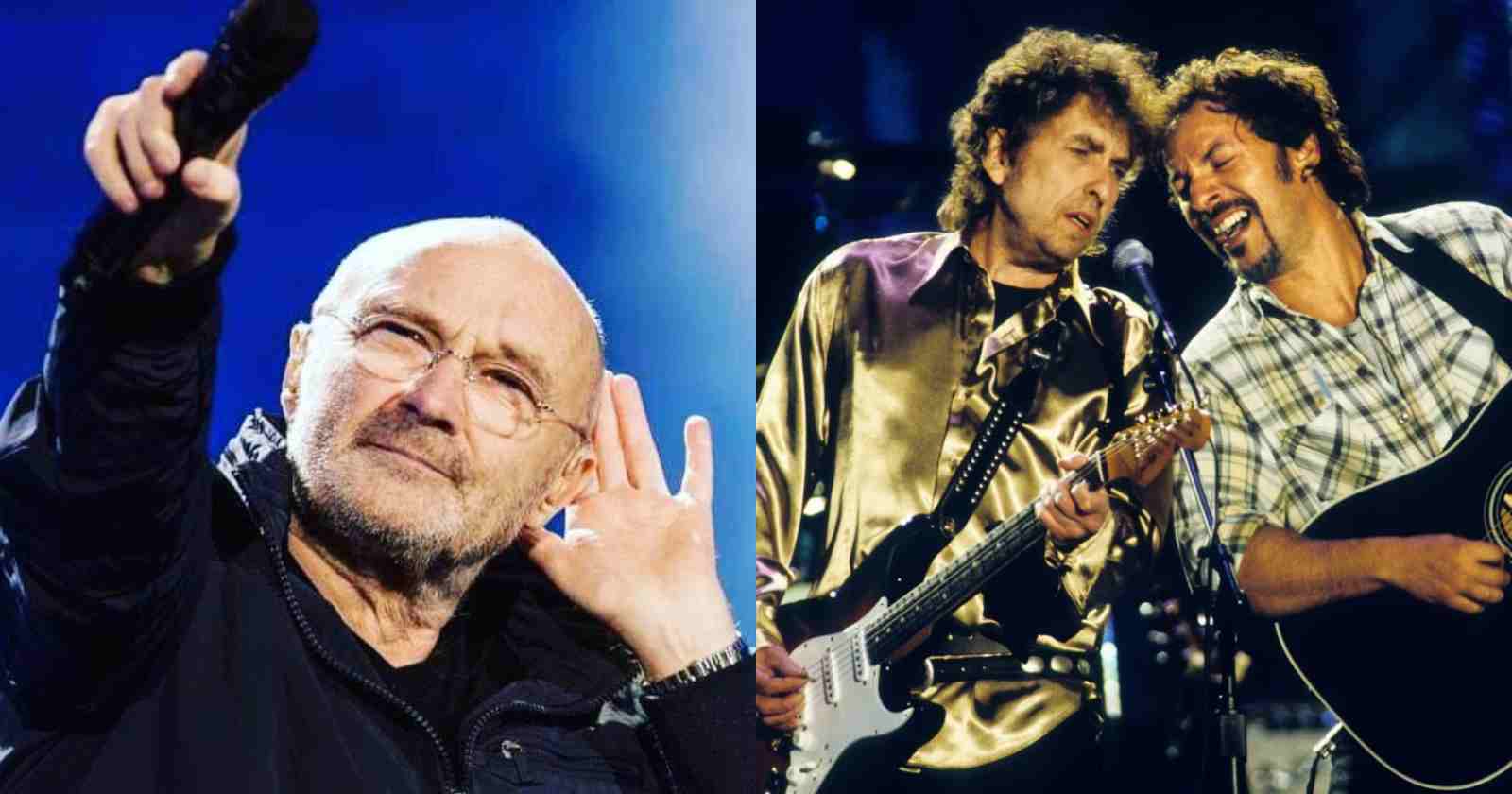 Bob Dylan is one of the most important musicians of all time that inspired countless generations of bands worldwide and over the decades many other important acts talked about Dylan and his influence. One of them was Genesis singer and drummer Phil Collins that always praised the American musician and all the contribution he gave to music.

What is Phil Collins’ opinion on Bob Dylan

In an interview with BBC Radio 4’s radio show Inheritance Tracks back in 2017 (Transcribed by Rock and Roll Garage), Phil Collins listed two songs that were an inspiration during his youth and one of them was Bob Dylan’s “The Times They Are a Changin'”, saying: “The track that I would pass on is ‘The Times They Are a Changin’ by Bob Dylan. I was a bit late coming to Dylan but The Beatles liked him. I bought this single, played an awful lot, the lyrics they are very honest and real.”

“‘Come senators, congressmen, please heed the call Don’t stand in the doorway, don’t block up the hall’, because there is a change coming and this spell it out, poetically, the situation of the time of the change that is was going on in music, culture, America and politics. I pass this song to anybody that forgotten. I think you could almost do an essay or a thesis at school. I’m saying listen to this and then write down what you think. I would definitely passt it on to my kids but it’s a song that I think everybody should hear it every six months or certainly every general election.”

Besides being Genesis‘ drummer and singer, Phil Collins also had a successful solo career in the 80s and 90s, becoming one of the best-selling artists of all time with more than 150 million records sold worldwide.

He is one of only three recording artists, along with Paul McCartney and Michael Jackson, who have sold over 100 million records both as solo artists and separately as principal members of a band.