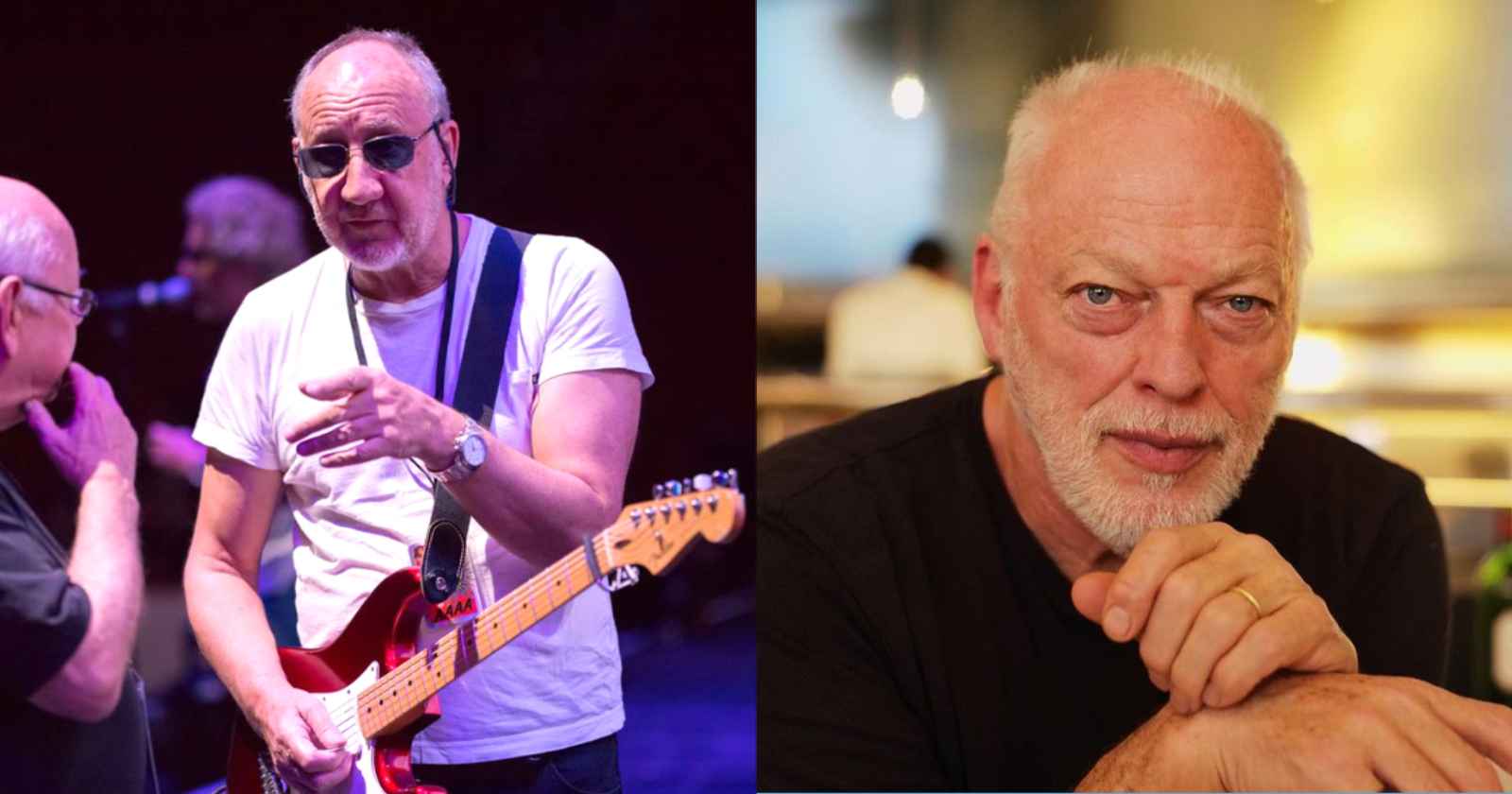 Photos from The Who's site and Polly Samson

The Who guitarist and main lyricist Pete Townshend is one of the most important musicians in Rock and Roll, inspiring a whole generation of players. He is also known for being a frank person, who always says what he thinks in interviews. Back in 2008, when talking with Mojo Magazine he gave his opinion on Pink Floyd guitarist and singer David Gilmour.

“He’s a natural. Among players particularly British players, he’s incredibly highly rated. Adored. I’d say. He has a way of putting incredible feeling into everything he does. Technically, yes, he’s very good, but that’s not the important thing. It’s the way that he plays. He’s had real influence, and I think he’s influenced me. There’s a gracefulness, a naturalness, to the way he writes and plays”.

What is David Gilmour’s opinion on Pete Townshend

The respect between Pete Townshend and David Gilmour is mutual, like Gilmour stated in an interview with the French Guitarist magazine back in 2002: “Pete has always been one of my heroes. When I was very young, I hitchhiked from Cambridge to London to see him play at the Marquee Club. It was the very beginnings of the Who. He is incredible. He rarely plays lead, well, he could very well do …”

“We played back when he had very serious problems with his eardrums. The doctors had recommended him not to play with an amp. So he took an acoustic guitar and hired me to play his usual role.”

“He couldn’t play the loud parts and he gave them to me. He is doing much better today and he went back to electric without problem. So much the better! I can’t imagine Pete without being able to do the mill on his guitar ”

David Gilmour was inducted into the Rock and Roll Hall of Fame with Pink Floyd back in 1996 by Smashing Pumpkins leader Billy Corgan. Gilmour was nominated 6 times for the Grammy Awards and won once, in 1994 for “Best Rock Instrumental Performance” for “Marooned”, instrumental track written by Gilmour and Richard Wright, released on Pink Floyd’s album “The Division Bell”.

During the same interview with Mojo back in 2008, David Gilmour recalled he wrote two songs with Pete Townshend back in the 80’s that ended up in being released on Townshend’s solo career: “We’d done some recording for “The Final Cut” (Pink Floyd album) at the Eel Pie Studiso (Owned by Townshend) and Pete had told me he had really liked my first album.”

“I was dumbstruck, but he said he was having difficulty writing music, but had loads of words. I sent over two or three tracks and he came back with lyrics for “Love On The Air” (Released on the 1984 Gilmour solo album “About Face”), “All Lovers Are Deranged” (Also released on Gilmour’s “About Face” and re-recorded by Townshend on his 2001 compilation album “Scoop 3”) and a third one, “White City Fighting”, which ended up on his next album.”

Pete Townshend was inducted into the Rock and Roll Hall of Fame with The Who by U2 back in 1990 and was the person responsible to induct The Rolling Stones a year before. Nominated for the Grammy Awards 4 times, Townshend won the prize back in 1986 for “Best Musical Show Album” because of “The Who’s Tommy”.