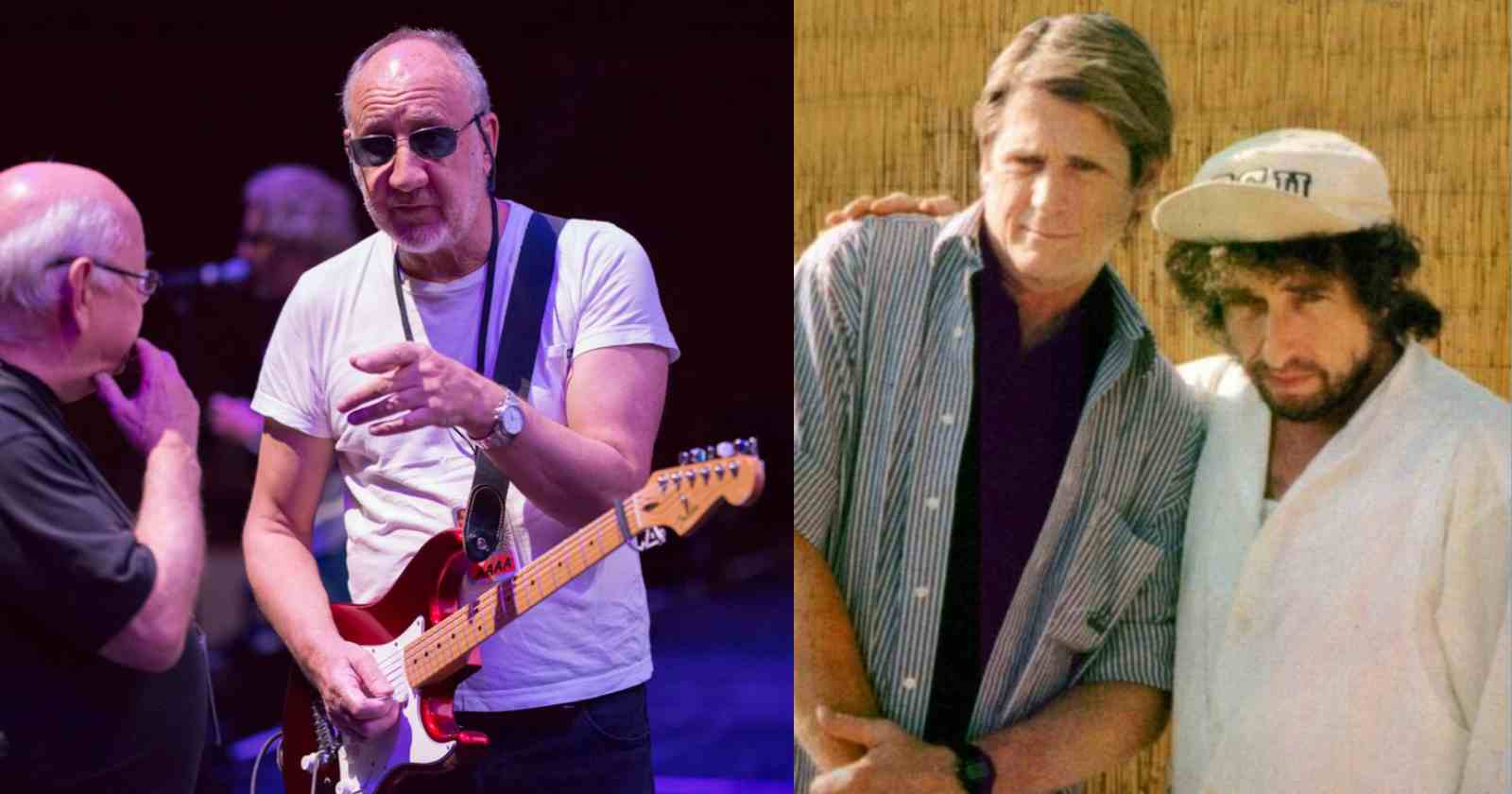 The legendary The Who guitarist and main lyricist Pete Townshend inspired many musicians over the decades with his work with the famous British group. Part of the music business since the early 60s, the musician saw closely many artists and bands appear and release influential albums that changed the course of Rock and Roll and Pop music. Over the years he talked in interviews about many musicians who especially achieved fame in the 60s. Two of them were Bob Dylan and Brian Wilson, who is considered the brilliant mind behind The Beach Boys.

As pointed on Brian Wilson’s website, Pete Townshend is a big fan of his work and consider him a true genius: “I love Brian. There’s not many people I would say that about. I think he’s a truly, truly, truly great genius. I love him so much it’s just terrible. And I find it hard to live with.’God Only Knows’ is simple and elegant. Was stunning when it first appeared. It still sounds perfect,” Pete Townshend said.

Even before the release of the acclaimed Beach Boys album “Pet Sounds” (1967), record that draw a lot of attention from famous musicians to the American group, The Who had already covered the Beach Boys hit “Barbara Ann“. Their version was released on the EP “Ready Steady Who” (1966).

In an interview from the early 00s, available on Youtube (Transcribed by Rock and Roll Garage), Pete Townshend said that his world was turn on it’s head when he first heard the classic album “Pet Sounds”: “When ‘Pet Sounds’ came along I think really what happened is that for me the whole world was turned on it’s head and I think for a lot of people. Certainly for The Beatles. The thing about Brian’s work was that he was writing with the band and voices that were part of his canvas.”

The Who guitarist and main lyricist Pete Townshend is also a big Bob Dylan fan and he thinks he is a very important musician as he revealed in an interview given to the project “Who Am I: A Conversation” back in 2016 (Transcribed by Rock and Roll Garage). When asked by the interviewer if Bob Dylan and Brian Wilson were two of his main inspirations, he said: “Yeah. I think that’s right. Brian (Wilson) because he was a proper composer and a sonic producer, with only one good ear.”

“Dylan because he was a master. Not just because of the use of words in a creative sense but as a folk singer. A folk singer is someone with a good memory, basically. He had a wealth of American folk songs and Irish, Scottish folk songs. If you’re an expert folkologist is infuriating to be a Dylan fan. You know, someone like Roy Harper is always banging his head against the wall saying that ”Masters Of War’ was written in Scotland in 1706!'”.

Bob Dylan was an inspiration when he was composing “My Generation”

The musician once again praised Dylan when talking with Rolling Stone back in 2011 (Transcribed by Rock and Roll Garage). He revealed that the American musician was an inspiration when he was writing The Who’s “My Generation”: “Dylan definitely created a new style of writing. Dylan was the one who I think got the message across to The Beatles. (That) was that you can write songs about subjects other than ‘falling in love’.”

“When I started to work on ‘My Generation’, I started working on a Mose Allison and Bob Dylan hybrid of a talking Folk song. But you can take any song of his and find something in it that is pertinent to today.”

Townshend covered in 2012 the Bob Dylan song “Corrina Corrina” (From The Freewheelin’ Bob Dylan album released in 1963). The track was released on the charity compilation album “Chimes Of Freedom”. The record featured new recordings of compositions by Bob Dylan by multiple artists. The profit was donated to the human rights organization Amnesty International.