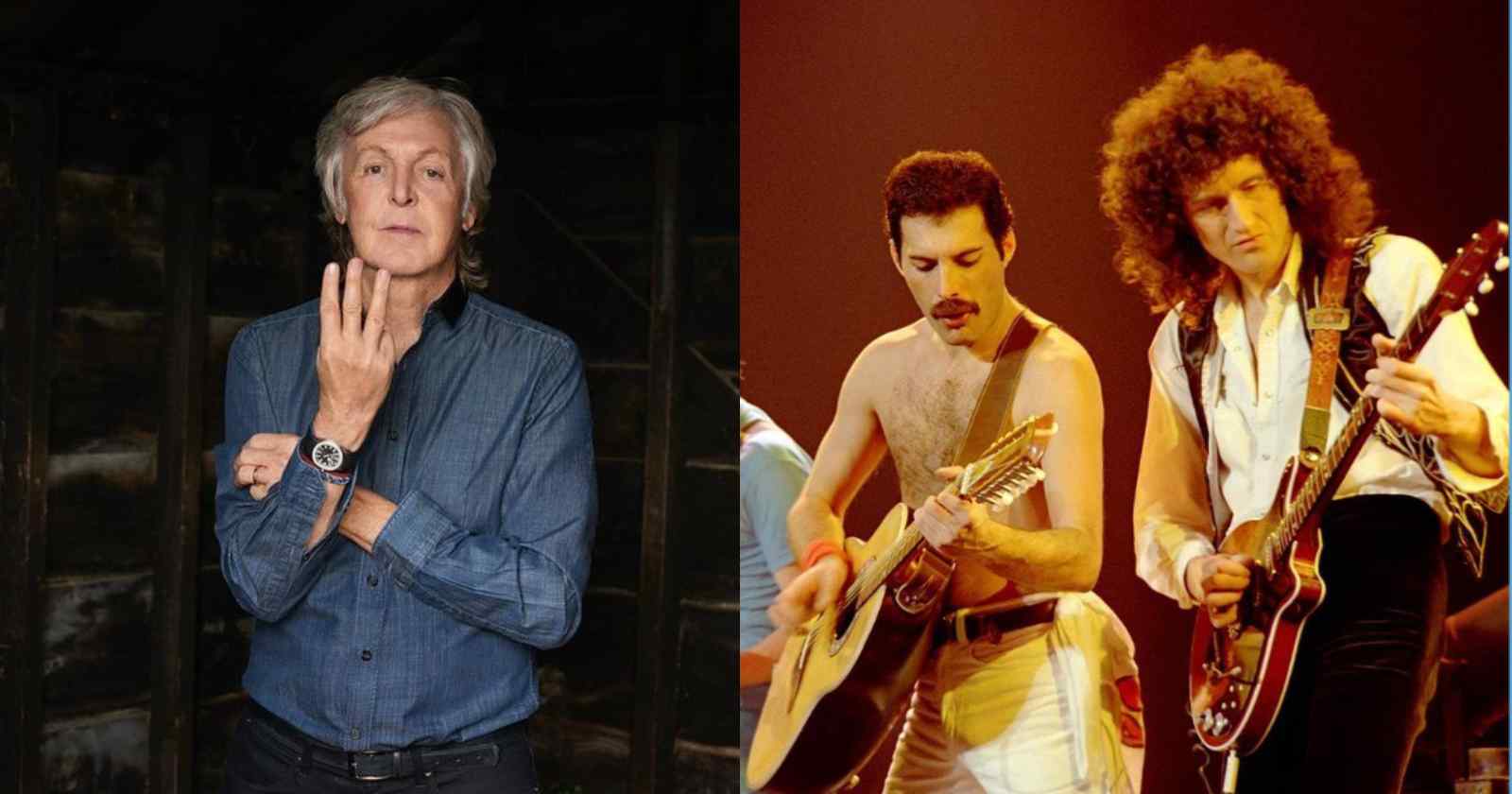 Formed in London back in 1970, more than a decade after The Beatles, Queen is one of the most successful bands of all time with estimated record sales from 170 million to 300 million worldwide. In an interview for the Queen documentary “Magic Years”, released in 1987, Beatle Paul McCartney gave his opinion on singer Freddie Mercury and Queen.

What is Paul McCartney’s opinion on Freddie Mercury and Queen

In the volume I of Magic Years documentary, Paul McCartney talked about Freddie, Brian May and the group, saying: “Freddie always had a good voice. That’s always been the anchor of that group I think and Brian good guitar player as well you know they’ve had musical skill.”.

“I think you can tell when a band’s got musical skill. But I think there’s a say, the first thing you heard with Queen was Freddie’s voice. And it’s the same as it was then. It’s a very strong voice. A very distinctive voice. And you recognize that this guy knows what he’s doing.”

McCartney also appeared in volume III of the documentary, talking about how the music stars usually treated each other, saying: “To each others we are stars, not as much as it is to people in the street. So we don’t treat each other too much as stars. We may ask each other for autographs for the kids, that happens these days”.

Paul McCartney and Freddie almost recorded a song together

The Beatles bassist/singer and the Queen vocalist almost recorded a song together back in 1987. Release on McCartney’s solo compilation album “All the Best!“, the song “Once Upon a Long Ago” was originally intended to be a duet McCartney and Mercury. However, the Queen singer was very busy at the time with the group and his solo work and wasn’t able to record the tune.

They played together in Live Aid

Paul and Freddie had the chance to be on stage together at the Live Aid festival back in 1985 when many famous musicians went together to the stage to perform “Do They Know It’s Christmas?”, a single recorded by Band Aid, was founded in 1984 by Bob Geldof and Midge Ure to raise money for anti-famine efforts in Ethiopia.

Live Aid was held simultaneously at Wembley Stadium in London, UK, attended by about 72,000 people and John F. Kennedy Stadium in Philadelphia, US, attended by 89,484 people. It was one of the largest satellite link-ups and television broadcasts of all time; an estimated audience of 1.9 billion, in 150 nations, watched the live broadcast, nearly 40 percent of the world population.

In an interview with NME in 2021, Queen guitarist Brian May said that Paul McCartney is an artist he would love to collaborate with and recalled that Paul called him before Freddie Mercury’s tribute show back in 1992: “When people ask me who I’d like to work with, Paul McCartney is at the top of my list because the Beatles are still ‘The Bible’ to us.”

“As struggling musicians, we had a joke whenever the phone went, somebody would say: ‘Oh, it’s Paul McCartney for you’ and we’d say, ‘Tell him to fuck off!’. Not any disrespect to Paul – just a bravado thing because he’s like the Pope.” (Laughs) “When we were rehearsing for the [1992] Freddie Mercury Tribute [Concert in London], the phone went and the message came back: ‘It’s Paul McCartney for you….’” (Laughs)”.

Asked if he told him to fuck off, May said: “No, but it felt surreal. He was phoning to wish us luck and say he was sad he couldn’t appear with us at that show, as I’m sat on a chair looking at Robert Plant, Tony Iommi, Roger Daltrey, and Seal.”

Queen’s Brian May and Roger Taylor played with McCartney and many other famous musicians like Eric Clapton and Roger Taylor, The Beatles classic “All You Need Is Love” back in 2002 at the Buckingham Palace Garden for Golden Jubilee of Elizabeth II.