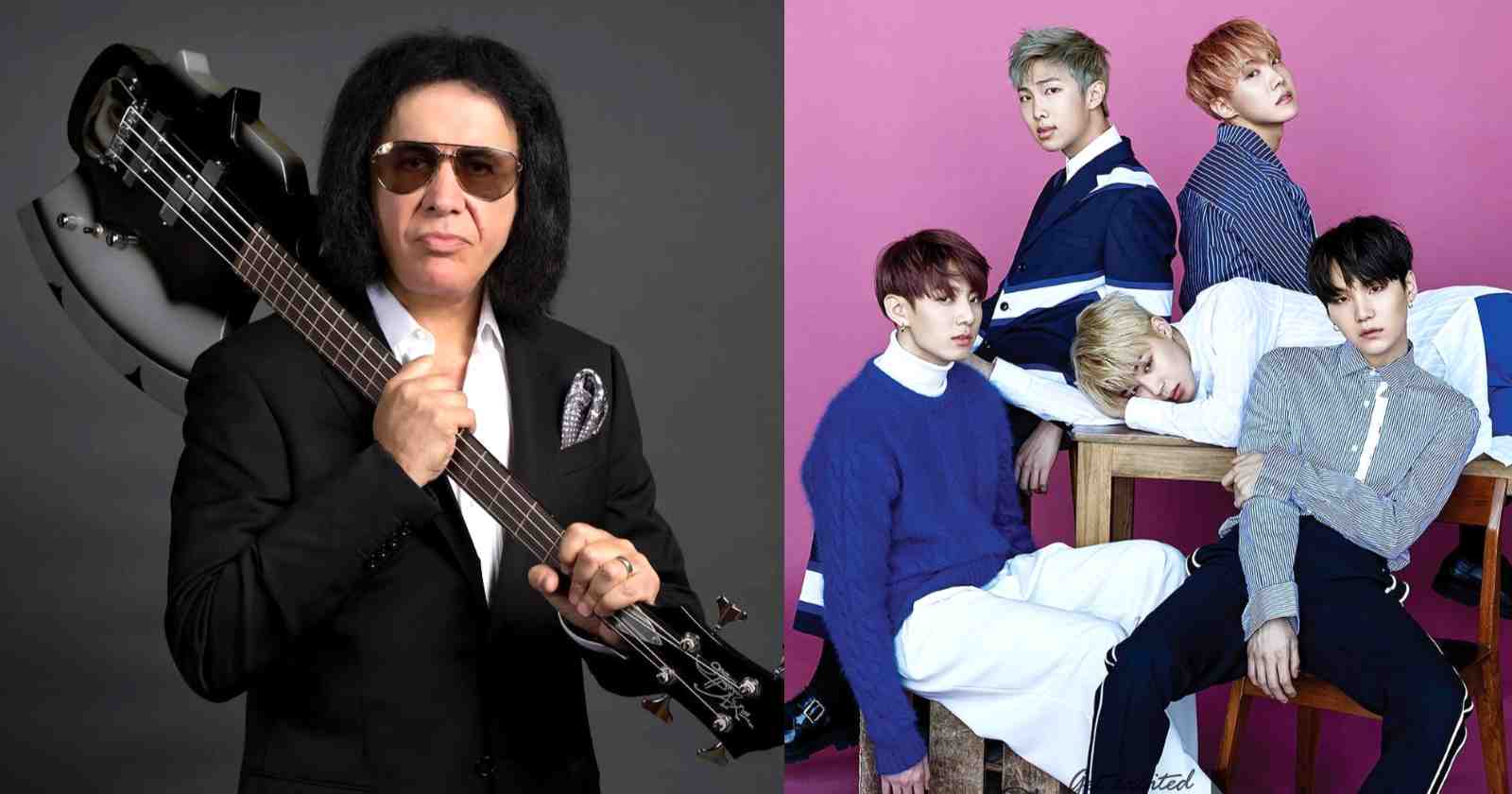 The legendary Kiss bassist and singer Gene Simmons explained again in an interview with Metal Hammer that Rock and Roll music is dead because of the fans who are downloading music for free for the past decades. He said that since new bands can’t make a living selling records anymore they won’t able to evolve and record many albums and give the world new good songs. To compare bands like Beatles with bands that appeared during the last years, the musician gave his opinion on the K-Pop band BTS, that is currently one of the most successful groups in the world.

What is Gene Simmons’ opinion on K-Pop band BTS

The musician said that during 30 years, from 1958 untill 1988 many successful and influential bands appeared, changing not only music but society. He then made a parallel with nowadays with bands like BTS: “But from 1988 until today, who is the new Beatles? BTS? There’s no denying BTS are world famous. But am I going to form a garage band to do those songs? No. I think they’re well-crafted and professional. But One Direction and NSYNC and all the boy bands don’t change the world.”

“It just makes little girls hearts flutter and then they’re gone. That doesn’t have gravitas. Influential bands, that make somebody want to pick up a guitar, learn how to play songs and be in a band don’t exist, because you can’t make a living.”

In a conversation with Consequence in 2021, Simmons said that in his opinion the success of bands like BTS will be over when their fans get older: . “There’s also the boy bands: NSYNC, One Direction, BTS, and (sarcastically) XYZ, PTA. Good for them that they’ve got success. Don’t kid yourself. As soon as those girls are gonna grow a little bit older, that’s going to go away.”

“It’s like sugar. You taste it, it gives you that little energy boost, and then it’s gone forever and you don’t care. But don’t kid yourself, it ain’t The Beatles. They don’t write songs, they don’t play instruments, it ain’t that. And we all love Elvis, never wrote a song in his life. There’s just nothing that compares to The Beatles.”

Also known as Bangtan Boys, the South Korean 7 piece boy band BYS was formed in 2010, releasing their debut album in 2013. They already are the best-selling South Korean artists of all time with more than 32 million albums sold. Over the last decade they continue to fill big stadiums around the world and to conquer more fans with their music. Their success helped the K-Pop music genre to become even bigger in many countries around the world.