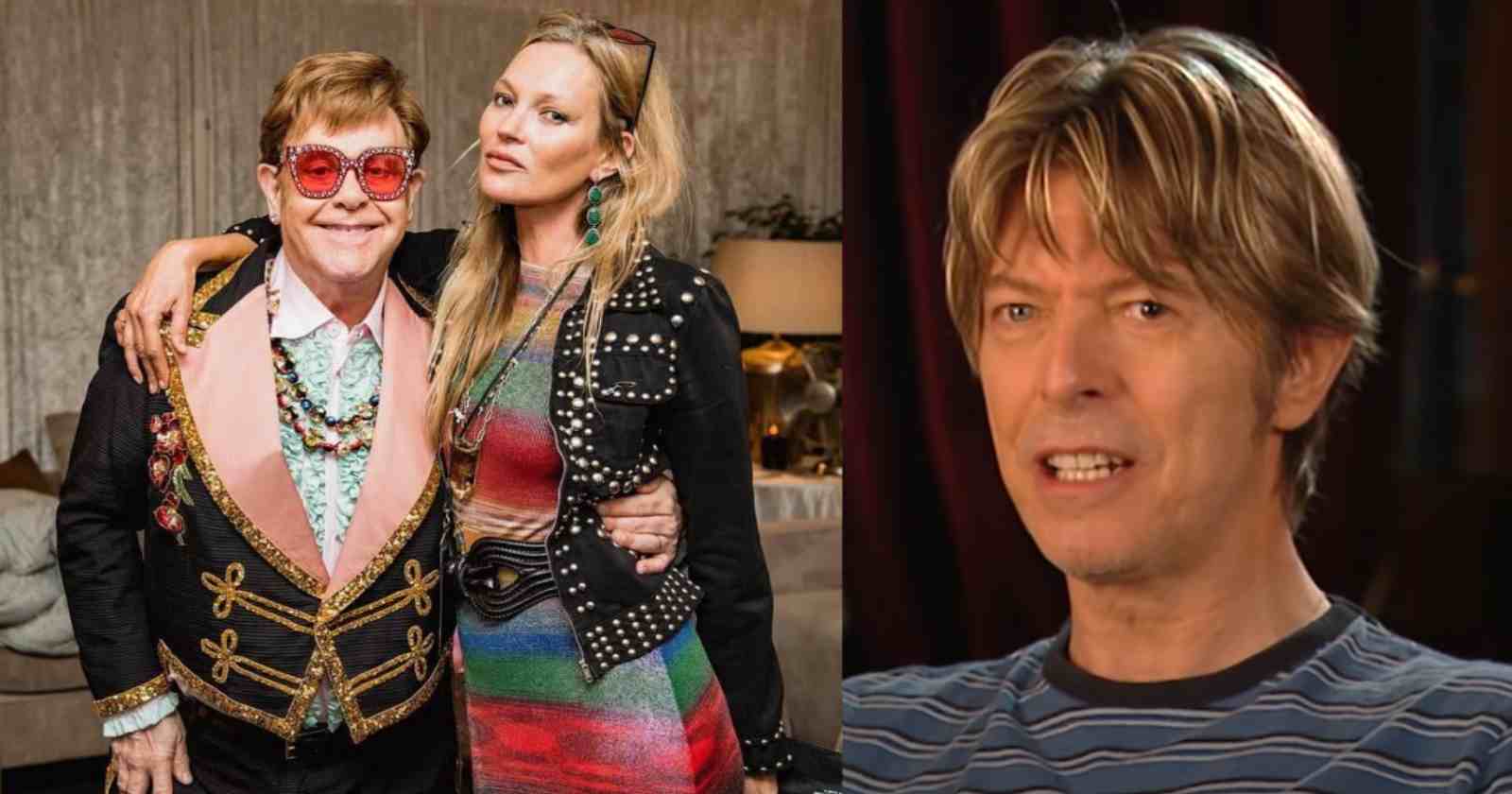 David Bowie was one of the most influential and versatile artists of all time, who not only changed his sound on almost every album but also transformed his look and persona. The uniqueness of his impressive career made him one of the best-selling in history with an estimated amount of 100 million records sold worldwide. Over the decades many of his peers talked about his work, including the legendary British pianist and singer Elton John.

What is Elton John’s opinion on David Bowie

Only a few weeks after David Bowie’s death at the age of 69 back in 2016, Elton John talked in an interview with SiriusXM (Transcribed by Rock and Roll Garage), his legacy and passing, saying: “Well, if it wasn’t for David Bowie, I would never found my original producer Gus Dudgeon and Paul Buckmaster, who arrange the first three albums for me. Because when I heard ‘Space Oddity’ I though it was the most incredible record I probably heard for a long time up to that point.”

“The production and the arrangement of that song, I said: ‘Whoever did that I really wanna work with them’. So I got in touch with Gus Dudgeon and Paul Buckmaster and we did the Elton John album together and many, many more albums. So I’ve got David to thank for that. There’s been so many incredible words said and written about his in the last couple of days. It’s so wonderful, we all know how inspiring he was. We all know what his music stands, the music speaks for itself.”

“He was innovative, he was boundary changing and he danced to his own tune, which is really rare. But what I loved about him towards the end was that his incredible privacy during what must have been ten years of incredible bad luck with ilnesses, heart attacks, cancer, whatever, he kept it private in an age we live in Twitter, where everyone knows everything about everything, he kept it to himself. He made two albums without anybody know he was making them.”

“‘He had obviously treatment for his ilnesses without anyone knowing or anyone say anything. That is the mystique of the man because we know David Bowie the figure, the singer, the outrageous performer. But we actually don’t know anything about him. That’s the way it should be in music and should be in any art for whatsoever. The dignified way like he planned his death as a song on the album called ‘Lazarus”, on the new record ‘Blackstar” is as if he wrote that song about his death and he obviously did.”

“It’s incredibly chilling when you hear it. That to me is a true artist, they don’t make them like that anymore. We’ve lost a huge, huge talent that influenced so many people. He influenced me with his humor. The first show I ever saw him do was the Finsbury Park Astoria in London. Bernie (Taupin) and I went to see. Roxy Music opened, (Brian) Eno had long hair, lipstick and nail varnish that shows you how long ago that was. David did Ziggy Stardust, amazing. (He is) irreplaceable,” Elton John said.

They were not close friends

Even though Elton praised the musician’s career after his death, they were not close friends since the 70s when Bowie said in an interview with Rolling Stone something that Elton didn’t like. Talking with The Evening Standard, he opened up about if they were close, saying: “‘David and I were not the best of friends towards the end. We started out being really good friends. We used to hang out together with Marc Bolan, going to gay clubs. But I think we just drifted apart.”

“He once called me ‘rock’n’roll’s token queen’ in an interview with Rolling Stone, which I thought was a bit snooty. He wasn’t my cup of tea. No, I wasn’t his cup of tea. But the dignified way he handled his death, I mean, thank God. I knew he’d had a heart attack on stage in Berlin years ago, but not about the cancer. Everyone else take note of this: Bowie couldn’t have staged a better death. It was classy,’ Elton John said.

The two had performed together at Freddie Mercury‘s tribute concert in 1992 when all the artists went to the stage to sing together the final song “We Are The Champions”.

One week after Bowie’s death, Elton paid tribute to the musician during his concert at the Wiltern Theater in Los Angeles. After recalling how hearing “Space Oddity” helped him to find the people who worked on his first albums, he played his classic track “Rocket Man”.