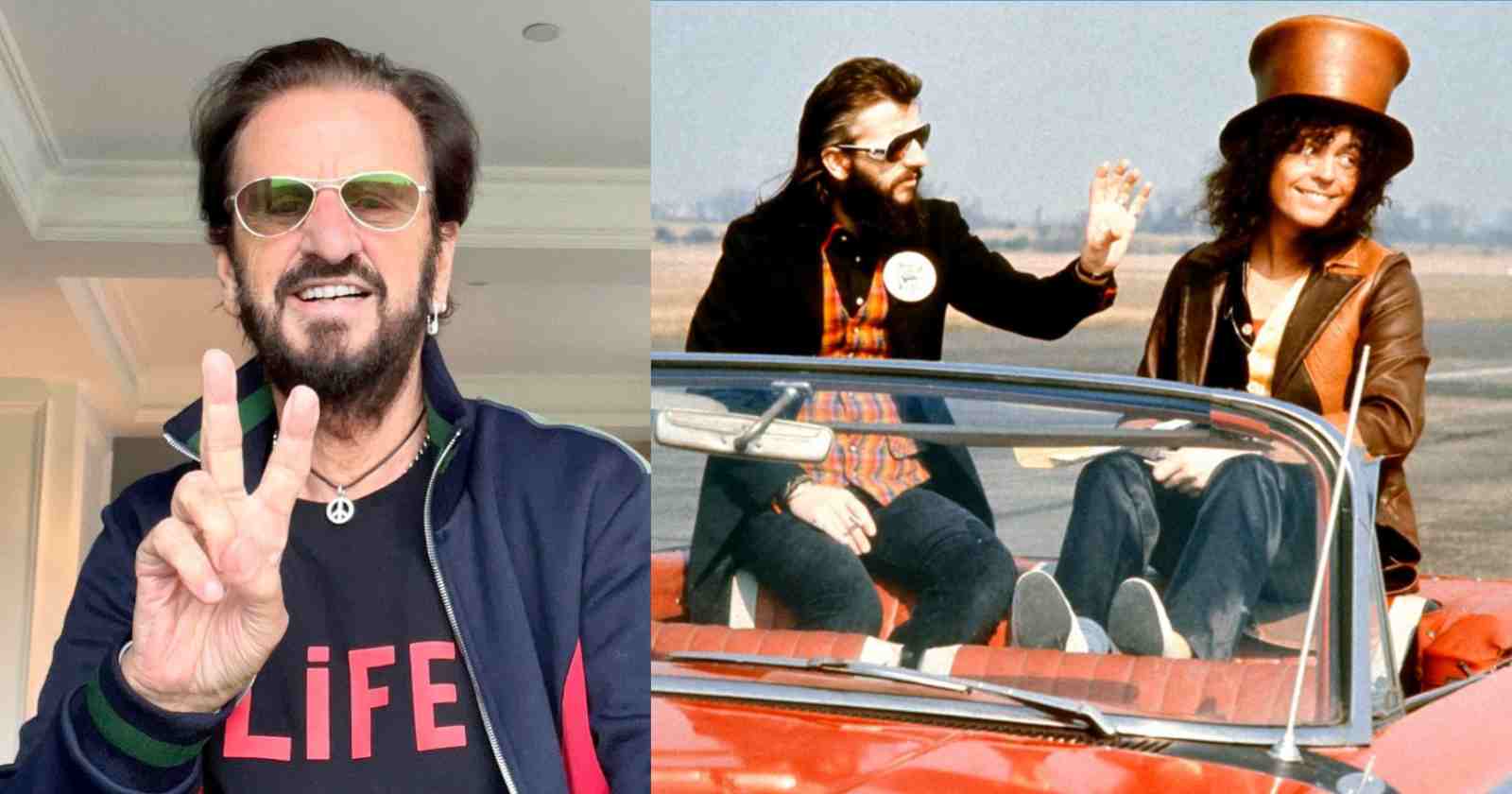 First released as a single by Ringo Starr in 1972, the song “Back Off Boogaloo” became one of his most famous tracks. Even though the song was recorded by the drummer with George Harrison, Gary Wright and Klaus Voorman, the late T.Rex frontman Marc Bolan was who inspired the song’s name.

The single was a follow-up to to his 1971 hit “It Don’t Come Easy”. It peaked at number 2 in Britain and Canada, and 9 on the United States Billboard Hot 100.

How Marc Bolan inspired Ringo Starr to write “Back Off Boogaloo”

In an interview with Dave Stewart on his show “Off The Record” (Transcribed by Rock and Roll Garage) back in 2008, Ringo recalled how the song came to his head and how Marc Bolan inspired the title. “Marc Bolan, he was a really good friend of mine and actually I wrote ‘Back Off Boogaloo’ because of him.”

“He spoke like that: ‘Oh, back off Ringo’ or ‘Boogaloo’. So anyway, I became friends with him and he came to dinner one night. He was talking ‘Back Off’, ‘Boogaloo’ so I went to bed and you know there’s that zone just before you go off and I could hear (In his mind almost sleeping) ‘Back Off Boogaloo… I said… Back Off Boogaloo’.”

“I said ‘Oh God, I’m getting a song here’. I’ve got out of bed and ran downstairs because I have no memory, I had none then and have not now. I was looking for the tape to put it on. The drag was that it was turned into ‘Mack the Knife’ (The Rhythm, because he was almost sleeping). Anyway, I had to (steal) one of the batteries of the kids’ toys to record the tape,” Ringo Starr said.

He was posthumously inducted into the Rock and Roll Hall of Fame in 2020 as a member of T.Rex.