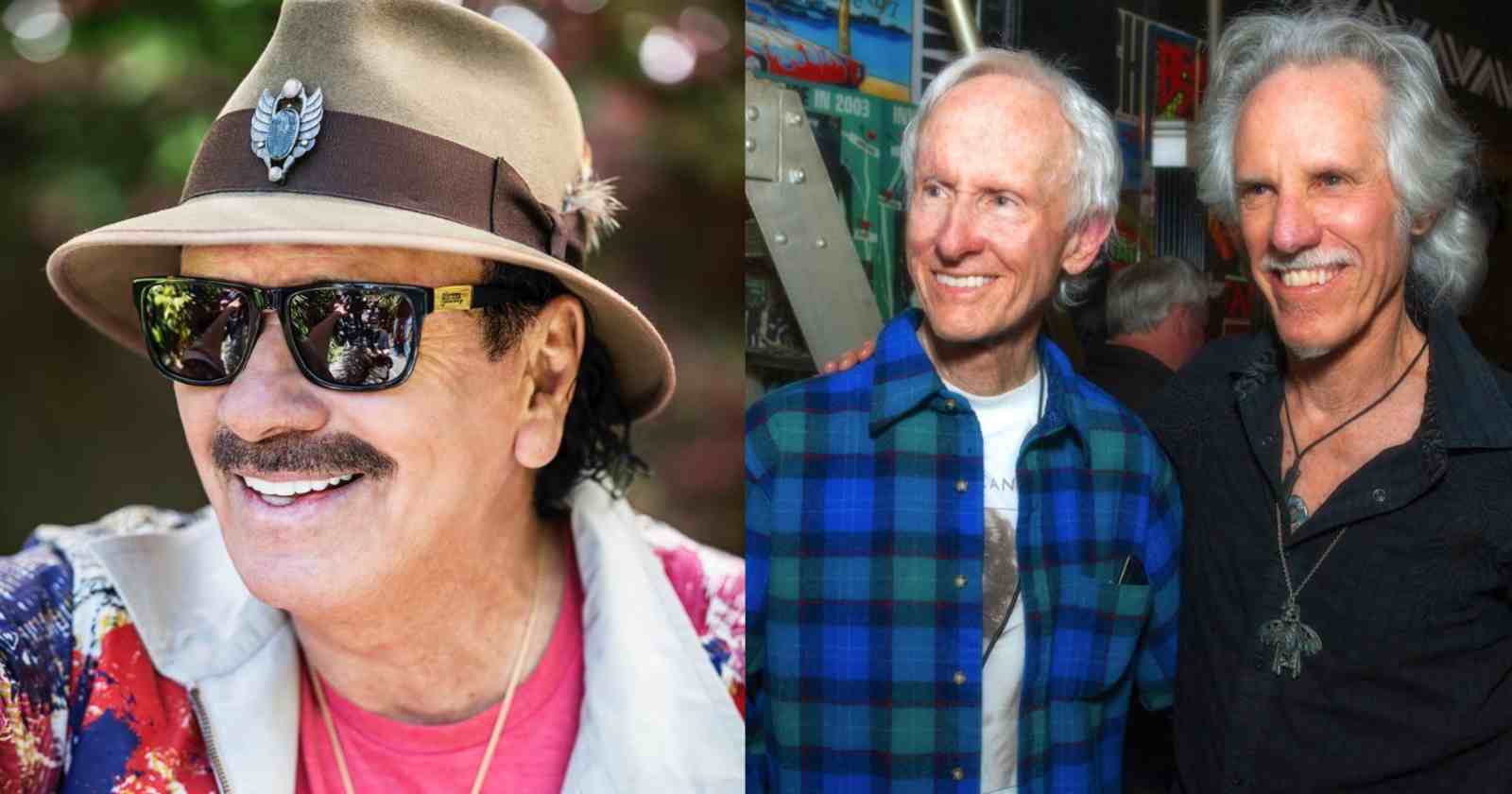 The legendary guitarist Carlos Santana always brought influences from the most varied musical genres to his music and one of his favorite groups is The Doors, one that also mixed many different influences on their style. In an interview with Guitar World in 2021, when asked if he thought that the messages of the 60s music were still being heard nowadays, Santana answered saying that The Doors is one of his favorite bands.

What is Carlos Santana’s opinion on The Doors and Robby Krieger:

“Yes. When I close my eyes and I play, I always think of The Doors, which is one of my favourite bands. I love The Doors more than anyone or anything. There’s something about The Doors and Light My Fire and Robby Krieger… I guess he was listening to Ali Akbar Khan and also Ravi Shankar. But The Doors is the ultimate garage band.”

He continued talking about the band when asked if music has the power to make the world a better place “Yes, absolutely. If they played more music by The Doors or John Coltrane in elevators, shopping malls, radio. Music reminds people that we are divine. No matter what your mind says or what the media says. A ‘media mind’ is not necessarily good for you. Sometimes you turn off the TV and you can hear the clouds moving, the birds chirping, children laughing.”

Carlos Santana recorded a version of “Riders On The Storm” for his 2010 album Guitar Heaven featuring The Doors keyboardist Ray Manzarek and Linkin Park singer Chester Bennington. Shortly after Manzarek’s death in 2013, Santana revealed in an interview with ABC Radio that he wanted to record more with him: “I wanted to do a song by John Lee Hooker (With The Doors members) because The Doors were two things — John Lee Hooker and John Coltrane. So I wanted to do [a cover of Hooker’s] ‘Big Legs, Tight Skirts’…and then Ray left. He went to the other side. Now him and Jim (Morrison are) together.”

Santana believes in the power of ths spirit and said at the time that he could still work with Manzarek: “We’ll see if we can do something in the future. I’m sad that my brother passed, but I’m happy that he’s not suffering.”

Back in 2017, Santana performed many The Doors songs like “Back Door Man“, “Roadhouse Blues” and “Riders On The Storm” at the Founders Award that is an honor given to artists who have made outstanding contributions in popular music.

Robby Krieger had no idea that Carlos Santana was a fan

The Doors guitarist Robby Krieger had no idea that Carlos Santana was a big fan of the band and only discovered that a few years ago as he revealed in an interview with Vulture in 2021: “I was watching Access Hollywood a few years ago and Carlos Santana was being interviewed for a segment. He was asked about his favorite band and he said the Doors.”