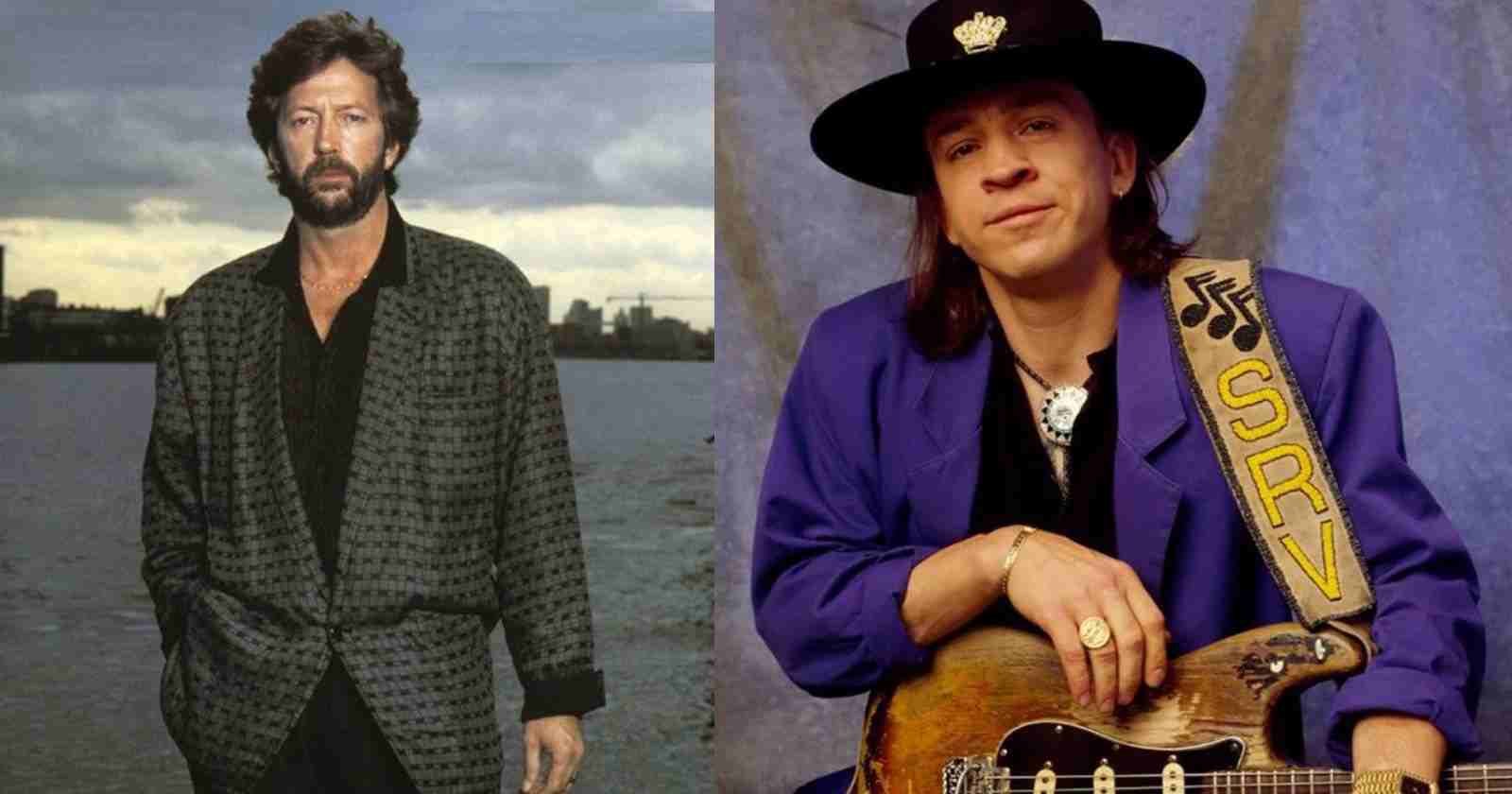 The legendary guitarist Stevie Ray Vaughan tragically died when a helicopter he was in crashed back in 1990. Originally, Eric Clapton would be in the helicopter, but he gave up traveling and Vaughan took his place on the aircraft. One year after the tragic death, Clapton talked in an interview with Rolling Stone about the tragedy.

What Eric Clapton said about Stevie Ray Vaughan after his tragic death:

[I reacted] Much in the same way as I did to my son’s. I mean, there were more people involved, and the death of my son was a directly personal situation. 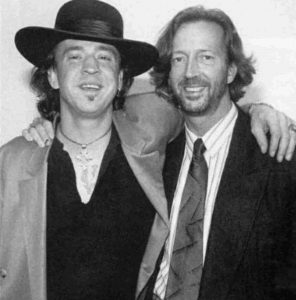 “Yeah, Bobby was a tremendous guy, a very funny man. He was in the helicopter with Stevie Ray, as were Nigel Browne and Colin Smythe of my crew. There was a convoy of helicopters, about five of them, and they had to go back through this very thick fog up to about 100 feet above the ground.”

“And once we came out of that, we just took off for Chicago. When I got back, I went straight to bed. And I was woken about seven in the morning by my manager, Roger Forrester, saying that the helicopter with Stevie Ray and our chaps hadn’t come back. And then a bit later, someone discovered the wreckage. That was it.”

“It was clearly felt that if we packed up and went home, the whole thing would just be unbearable. So we went to…I think it was St. Louis, or somewhere in the Midwest, and we were almost in shock. I could hardly remember any of the words. I don’t know how we got through it. But it was the best tribute I thought that we could make – to carry on and let everybody who was coming to see us know that it was in honor of their memory.”

It really does make you wonder – the whole karma of it.

Over the course of your life, you’ve had to deal with what seems like an extraordinary number of tragedies. Do you ever wonder, “Why me?”

“I wonder, “Why me? Why have I survived?” I have to look at that as the positive. I have survived these things, and therefore I’ve got some kind of responsibility to remain positively creative and not dwell on the misfortune of it.”

A few years ago, in an interview with Musician magazine, you said, “Every day I find something I’m going to suffer about.” Do you still think that way?

“I think I’ve moved on a bit since then. I try to look on every day now as being a bonus, really. And I try to make the most of it. I don’t think I’m negative like that anymore. So I seem to have come full circle. I mean, the death of my son, the death of Stevie Ray, taught me that life is very fragile, and that if you are given another twenty-four hours, it’s a blessing. That’s the best way to look at it,” Eric Clapton said.