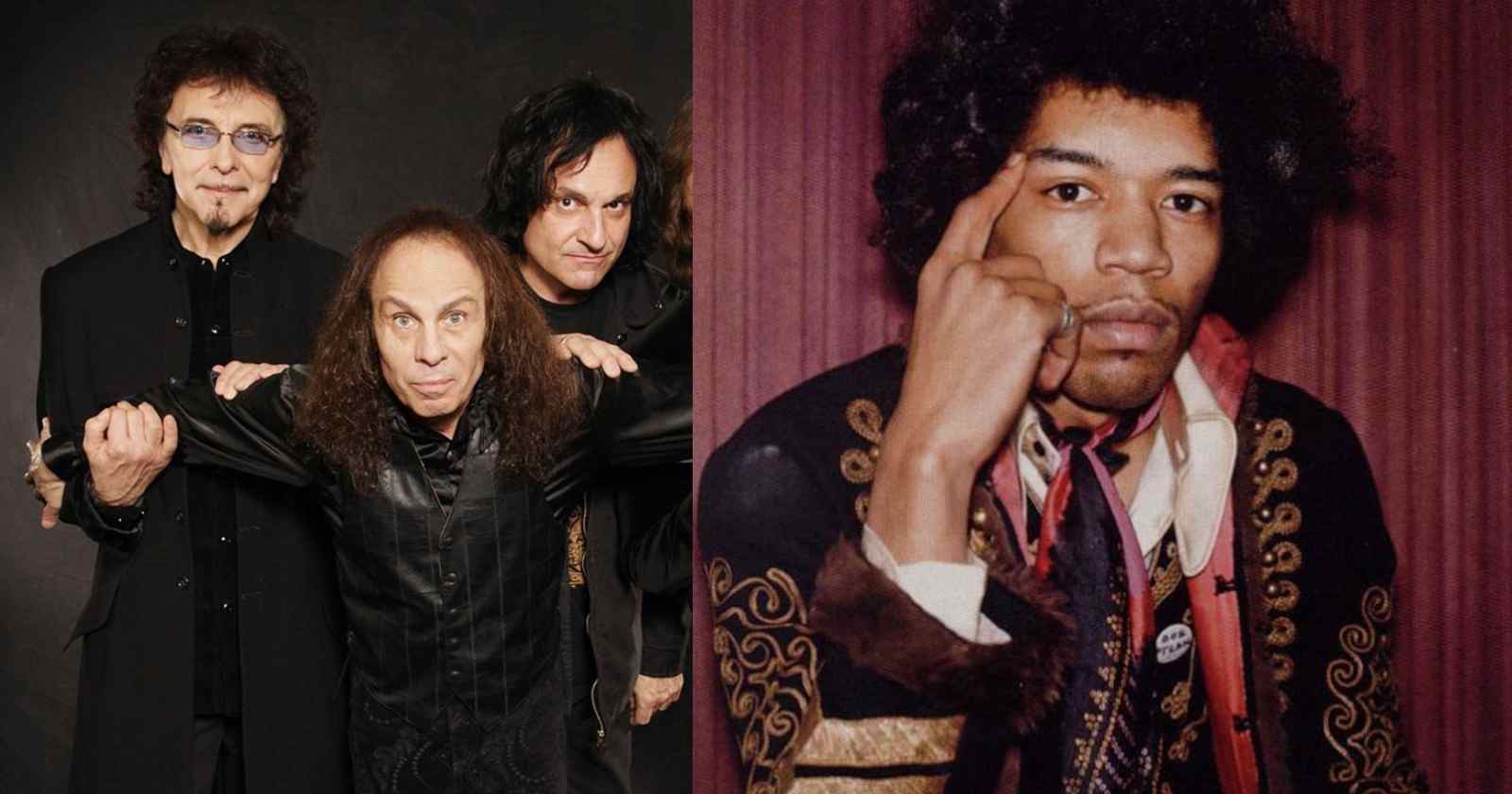 Before guitarist Tony Iommi created Heavy Metal music with Geezer Butler, Bill Ward and Ozzy Osbourne in Black Sabbath one of the heaviest bands around was the Jimi Hendrix Experience that influenced a whole generation of musicians.

Which Jimi Hendrix songs Tony Iommi and Ronnie James Dio liked the most:

Black Sabbath guitarist Tony Iommi chose “Purple Haze” and gave his opinion on Hendrix, saying: “Well, I think he came up with something at the time that got so much excitement in it, his style of playing, playing upside down… And just the aggression and the way and he would do stuff behind his neck. Just things that didn’t happen.”

Ronnie James Dio “All Along the Watchtower”

“Anything by Jimi, I couldn’t mention anything by Hendrix, he was another of my heroes, he invented the guitar as far as I’m concerned, the guitar the we know, we rockers. He was just absolutely unbelievable. I could have chosen ‘Purple Haze’, which would have done exactly the same thing, anything, anything… I chose ‘All Along The Watchtower’, I think it’s a great song, his treatment of it was superb and so much different than (Bob) Dylan‘s and what he did to that song was just fantastic for me,” Ronnie James Dio said.

She called for an ambulance at 11:18 a.m. Hendrix was taken to St Mary Abbot’s Hospital, an attempt was made to resuscitate him but he was pronounced dead at 12:45 p.m.

Joe Bonamassa recalls when he was only 12 and B.B King saw him playing
5 Ozzy songs Zakk Wylde likes and were recorded by previous guitarists
Advertisement
To Top