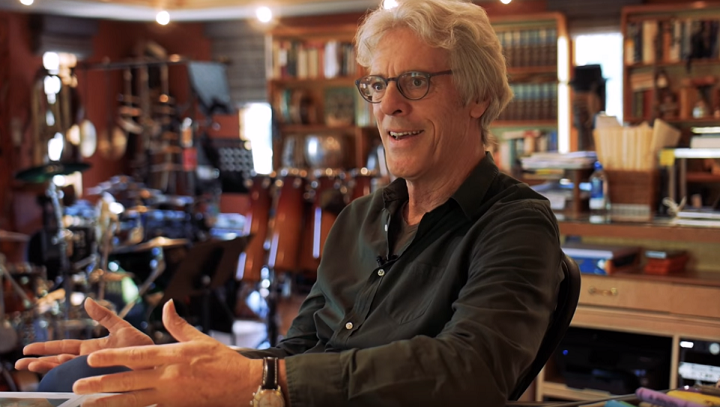 Stewart Armstrong Copeland (born July 16, 1952) is an American musician and composer, best known as the former drummer for the English rock band The Police, and for his film and video game soundtracks.

He has also written various pieces of music for ballet, opera and orchestra. According to MusicRadar, Copeland’s “distinctive drum sound and uniqueness of style has made him one of the most popular drummers to ever get behind a drumset”.

He gave an special interview for Reverb that you can see below, he talked about life, music and career.

He grew up listening to a combination of Lebanese music, rock and roll, jazz, and reggae, but he selected from these styles what he needed rather than imitate them. In the 1980s, when many musicians were looking for bigger sound from bigger drums, he added Octobans.

Invented by Tama in 1978, Octobans consisted of eight six-inch drums in the shape of narrow tubes. He used another innovation, a splash cymbal based on a toy that he owned and that he helped Paiste design. He relied heavily on his 13″ hi-hats.