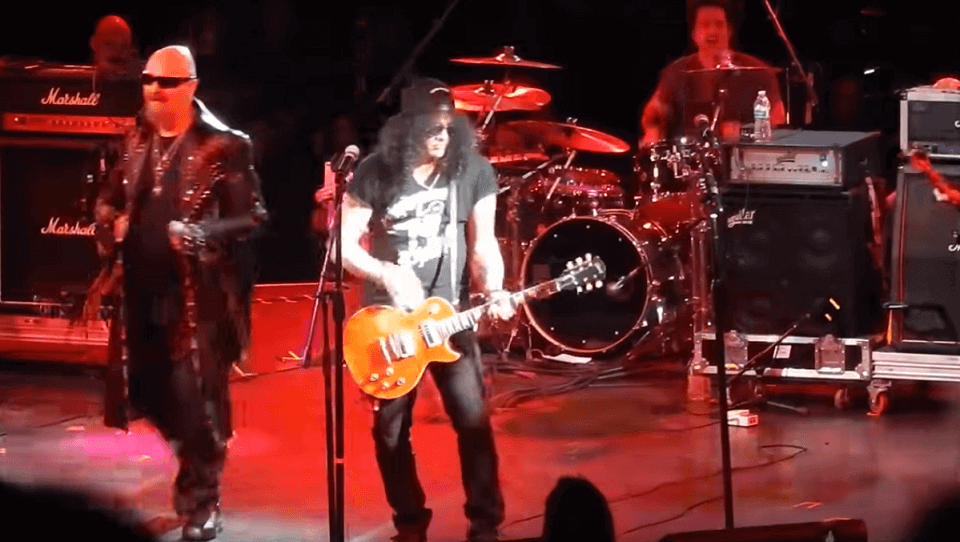 Slash and Rob Halford were one of the famous guests on Alice Cooper’s Christmas Pudding 2017, a benefit concert the shock rocker promotes every year. You can watch them below performing Judas Priest’s “Living After Midnight” with Nita Strauss and more.

Slash also played with Alice Cooper some classics like “School’s Out”.

The charity concert happened on Dec. 9th and had Slash and Rob Halford, along with Ace Frehley, Edgar Winter, David Ellefson, Nita Strauss & more in Phoenix!

The charity event is done by Cooper every year to help people in need. Earlier this year he helped people with hearing problems gaving them hearing aids in Brazil, you can read this report here.