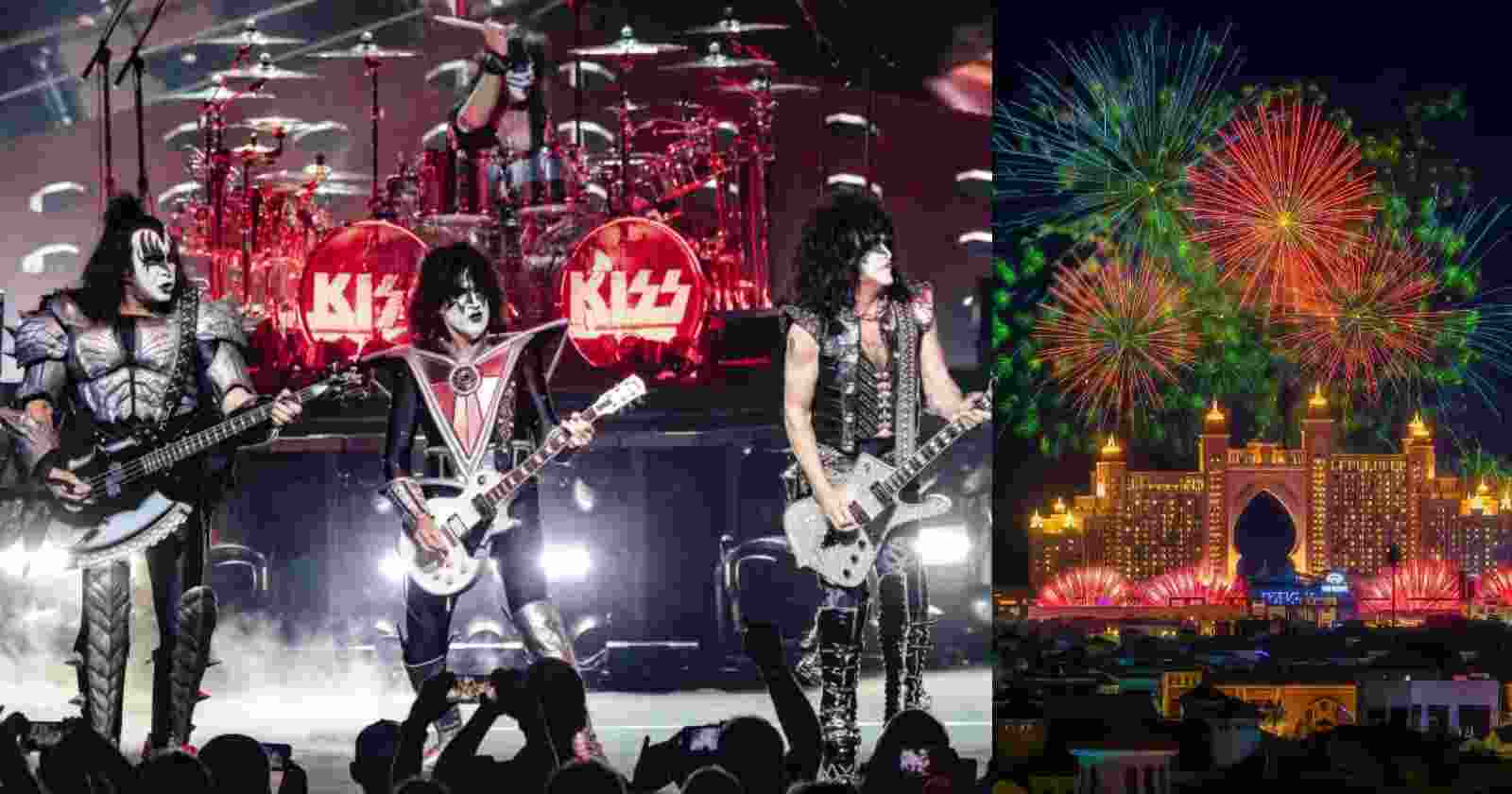 To mark the end of 2020, Kiss (Paul Stanley, Gene Simmons, Eric Singer and Thommy Thayer) performed in Dubai all their hits in a pay-per-view show called “Kiss 2020 goobye“. The concert broke the Guinness Records for highest flame projection and most flame projections in music concert.

Bassist and singer Gene Simmons talked about the concert with The Oakland Press:

“We get offers all the time, thank goodness, and we’ve been saying no to everybody because it’s just not safe — for us, for the fans. With this, we happened to be in the right place at the right time, and it all make sense.”

“The folks in Dubai, which is a fascinating place, suggested something crazy and said, ‘You can do anything you want here, no restrictions.’ And we said, ‘Wait a minute. You mean we can put on the biggest pyro show of all time, since Krakatoa and the Big Bang? You mean we’re gonna be safe going over there?’ They said ‘yeah,’ so there you are.”

Landmarks Live Presents produced the $10 million spectacular, which was filmed with more than 50 4K cameras and 360-degree views and was held on a massive 250-foot stage at The Royal Beach at Atlantis. Paul Stanley said that the show included “a million dollars’ worth of pyro.”