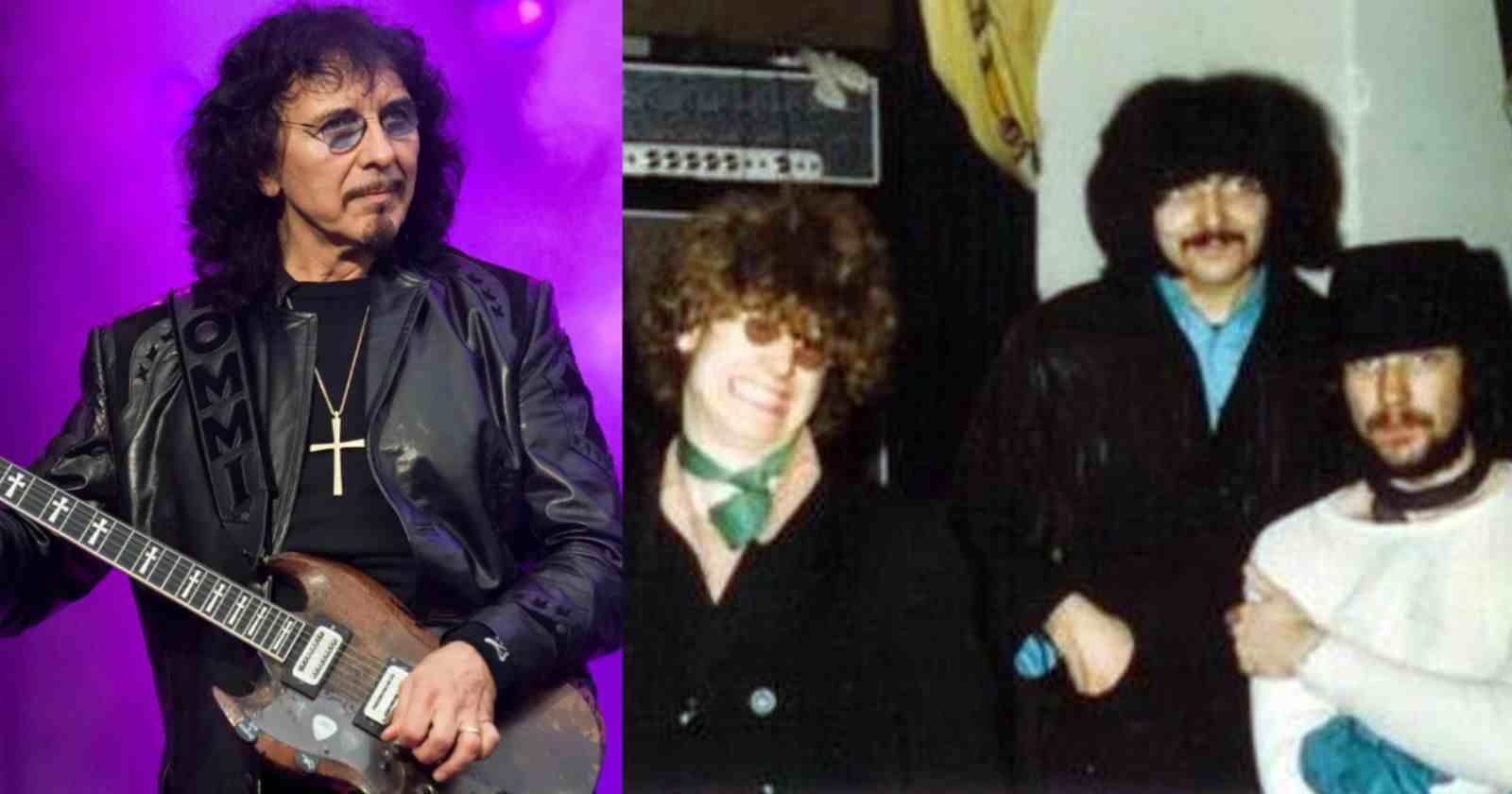 Black Sabbath guitarist Tony Iommi recalled in an interview with Backstaged podcast that the first stages of the group that would become Sabbath had sax and slide players. The musician also said that first it felt weird when Geezer Butler and Ozzy joined him and Bill Ward, that already knew each other.

“We went to the music shops, as you do, and look up, on the board, and see if there’s any singers there. And we saw this one advert saying, ‘Ozzy Zig requires gig.’ And I said to Bill [Ward, drums], ‘I know an Ozzy, he can’t be the same one because he didn’t sing as far as I know.’

“I never knew that he’d done anything. So sure enough, we went around his house, this address we had. His mom answered the door, and she shouted for him, and he came. I knew him from school, but I didn’t have any idea at all that he could sing. We talked to him for a bit, and then we left. And a couple of days later, Ozzy came around to my house, I didn’t live that far from him.

“Basically, we teamed up, and that’s how it sort of started. It was a bit of an odd combination at first because nobody knew what everybody else could do. So we just started rehearsing, and it was very disorganized at first because Bill and myself were used to being in this other band, and we’d all gel, we had music that we played quite a lot, but when we got together with Ozzy and Geezer [Butler, bass], it was just strange.

“We had to start again and find out how Ozzy could sing and find out if Geezer could play bass. Because he wasn’t a bass player when we first had him, he was a guitar player. So, he switched to bass. I think on our first rehearsal, Geezer was playing bass on his Telecaster, just playing the bass notes. Eventually, he got a bass and we went on from there.

“So anyway, we felt comfortable about removing them. We’d say, ‘We’re gonna break up, we’re not gonna carry on.’And so that’s what we did, and we broke up for a week, and then we got back together again, just the four of us.”

Did it work much better as a four-piece?

“Oh, absolutely. You could really hone in on it. It was just a playground. To be honest, when we had six of us, everybody was trying to do a solo at the same time. It was just horrendous, it just didn’t work all together, everybody tried to get bloody solos in.”