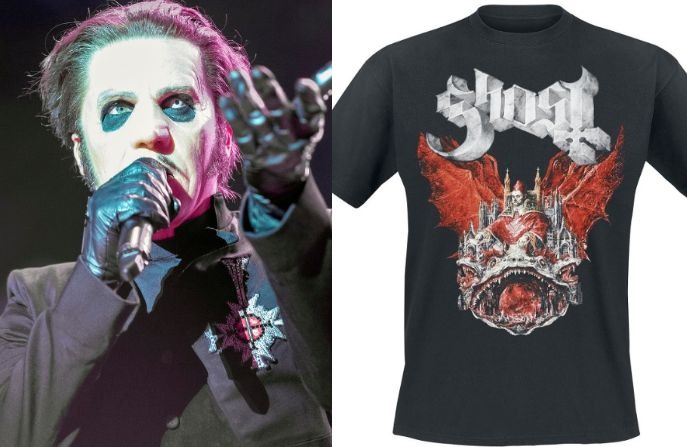 On a recent interview on Rock Talk With Mitch Lafon, Tobias Forge talked about the importance of the band’s image and revealed that the only thing that sustained the band until this day are the t-shirt sales.

Read part of conversation below:

Ghost has a mix of pop rock, melodic rock, metal, and on the new album ‘Prequelle,’ for example, you listen to a song like ‘Dance Macabre,’ which to me has almost [KISS’] ‘I Was Made for Loving You’ kindness to it. If you were just a regular band with a guy with a white t-shirt and jeans singing these songs, do you think you would have had the same attention? How important was the whole imagery, staging, and creating the character?

“I think that the image was tremendously important for the band. However, I think that we never would’ve gotten anywhere if we didn’t have the songs. One thing I am very proud of with regards to the image is that consciously we presented the music first…

“During my adolescence, and to this day, I loved bands that sounded a certain way, but also had a certain lack of ‘accessibility.’ Bands like Profanatica, bands like Necrowar, bands like that, where you hardly knew what they look like because they’re so clandestine.

“Back in the pre-internet days, when I got so deeply in love with black and death metal, there was hardly anything to see, you didn’t know what they look like.

“It’s just black-and-white picture, you’d seen five picture of them, tops. One being on the back of [Mayhem’s 1987 EP] ‘Deathcrush’ – you don’t see him, and it’s like those aesthetics have still a strong impact on me. And that’s something I wanted to do with Ghost.

“All these hundreds of shows that we’ve made, not making any money whatsoever, the only thing that sustained this band, being able to pay everyone – it’s because of the t-shirts.

“So, hadn’t it been for the logotype and the aesthetics, we wouldn’t have the brand to sell on t-shirts. We would have never been able to tour.”