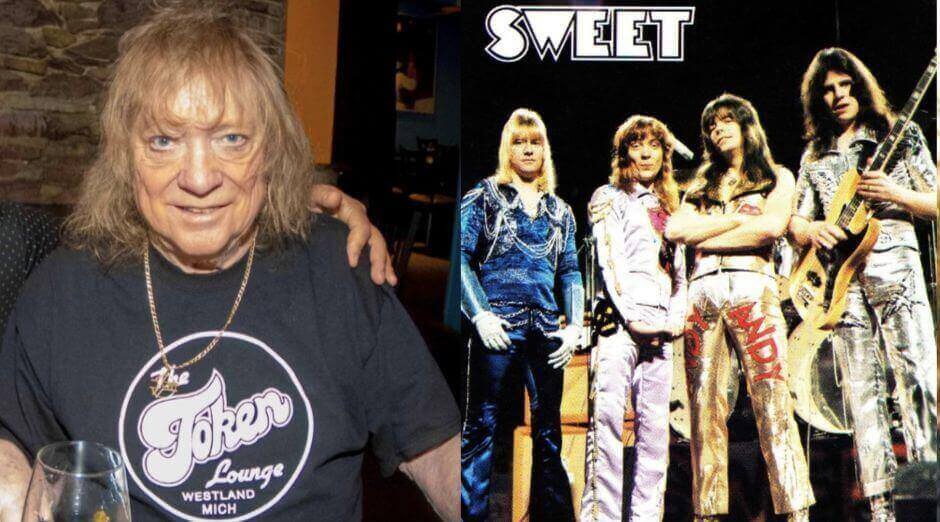 The bassist and one of the co-founders of the classic glam rock band The Sweet, Steve Priest, died at 72. The musician passed away in June 4 and the news was revealed by the band’s guitarist Andy Scott. The death cause was not revealed.

The Sweet guitarist Andy Scott paid tribute to Steve Priest and revealed the news about his death, saying:

“Then there was one! I am in pieces right now. Steve Priest has passed away. His wife Maureen and I have kept in contact and though his health was failing I never envisaged this moment. Never. My thoughts are with his family.

“He was the best bass player I ever played with. The noise we made as a band was so powerful. From that moment in the summer of 1970, when set off on our Musical Odyssey the world opened up and the rollercoaster ride started! He eventually followed his heart and moved to the USA. First New York, then LA.

“Rest in Peace brother. All my love. -Andy. Priest will remain known for his contributions to the band’s hit singles such as “Block Buster!”, “The Ballroom Blitz,” “Teenage Rampage,” “Turn It Down,” and “Fox on the Run. Rest in peace, Steve.”

The Sweet  is a British rock band formed in the late 1960s, which achieved success as one of the leading glam rock groups in the 1970s. Their classic lineup consisted of Brian Connolly, Steve Priest, Andy Scott, and Mick Tucker.

During the early years of the decade, the band’s style followed a marked evolution, from the bubblegum style of their first hit, “Funny Funny”, to heavy rock more similar to The Who, with the marked use of high backing vocals. The band achieved great success on the British charts, contained songs to reach the Top 20 during the decade.

The The vocalist Matt Johnson was submitted to throat surgery
Sharon Osbourne brother calls her Dracula, psychopath and more
Advertisement
To Top