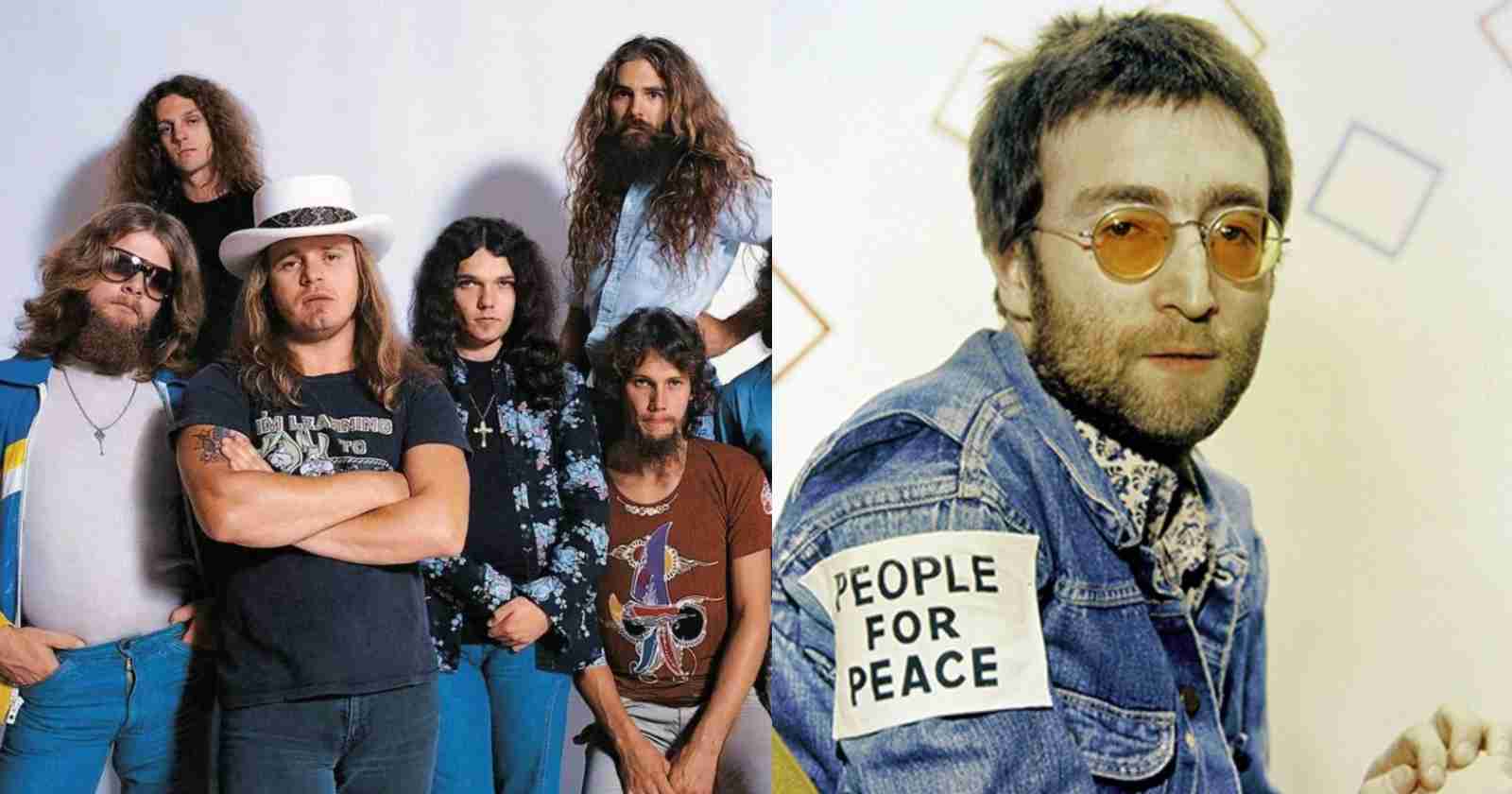 Lynyrd Skynyrd is one of the most influential Southern Rock bands of all time that unfortunately lost some of their original members in a tragic airplane crash back in 1977. 10 years later, the band cameback with a new line-up and is still active, with only one original member: guitarist Gary Rossington. In an interview with Uproxx back in 2018, the musician talked about the interesting moment that the band met John Lennon when they were recording their classic album “Second Helping”, released in 1974.

When Lynyrd Skynyrd met John Lennon at the recording studio:

“We were at the Record Plant in LA and Al Kooper was producing us. He had a lot of friends out there. He’d done Electric Ladyland with Hendrix, played with Michael Bloomfield [on the Super Sessions album]. And of course played with Bob Dylan on organ on ‘Like A Rolling Stone.'”

“He was big-time, and John stopped by the studio [to see him]. He wasn’t with Yoko, he was with that girlfriend he had for that year off [May Pang], and when they came in, we were playing a song. When they walked into the studio, into the booth, we all saw it was him and freaked out. We quit playing. Scared us. There was John Lennon. A Beatle! We got to meet him, shake his hand. Then went across the street and had lunch with him. It was great.”

“Second Helping” became one of the group’s most famous albums. It has their biggest hit “Sweet Home Alabama” and other important songs like “Workin’ for MCA”, “Call Me the Breeze” and “The Ballad of Curtis Loew”.

The record reached #12 on the Billboard album charts. A few months after it’s release, the RIAA certified it Gold on September 20, 1974. On July 21, 1987 it became Double Platinum.

Rossington revealed in a conversation with Country Rebel back in 2016 that Lynyrd Skynyrd’s studio in Nashville, Tennessee was named “Blackbird” because of the famous Beatles song of the same name. “I’m a Beatles freak and we love the Beatles. So it’s called Blackbird after the Beatles. There’s all these pictures of the Beatles and different equipment they used. Even some of the board in there in the control room, the Beatles used on mastering certain things. It’s just really cool.”

Formed in Jacksonville, Florida back in 1964 the band went through a lot of name changes until they adopted the name Lynyrd Skynyrd in 1969. Until 1977, when the group’s airplane crashed, they had released 5 successful studio albums and had popularized the Southern Rock genre.

The group got back together in 1987 with Ronnie Van Zant’s brother Johnny as the lead vocalist. They were inducted into the Rock and Roll Hall Of Fame back in 2006 by Kid Rock.