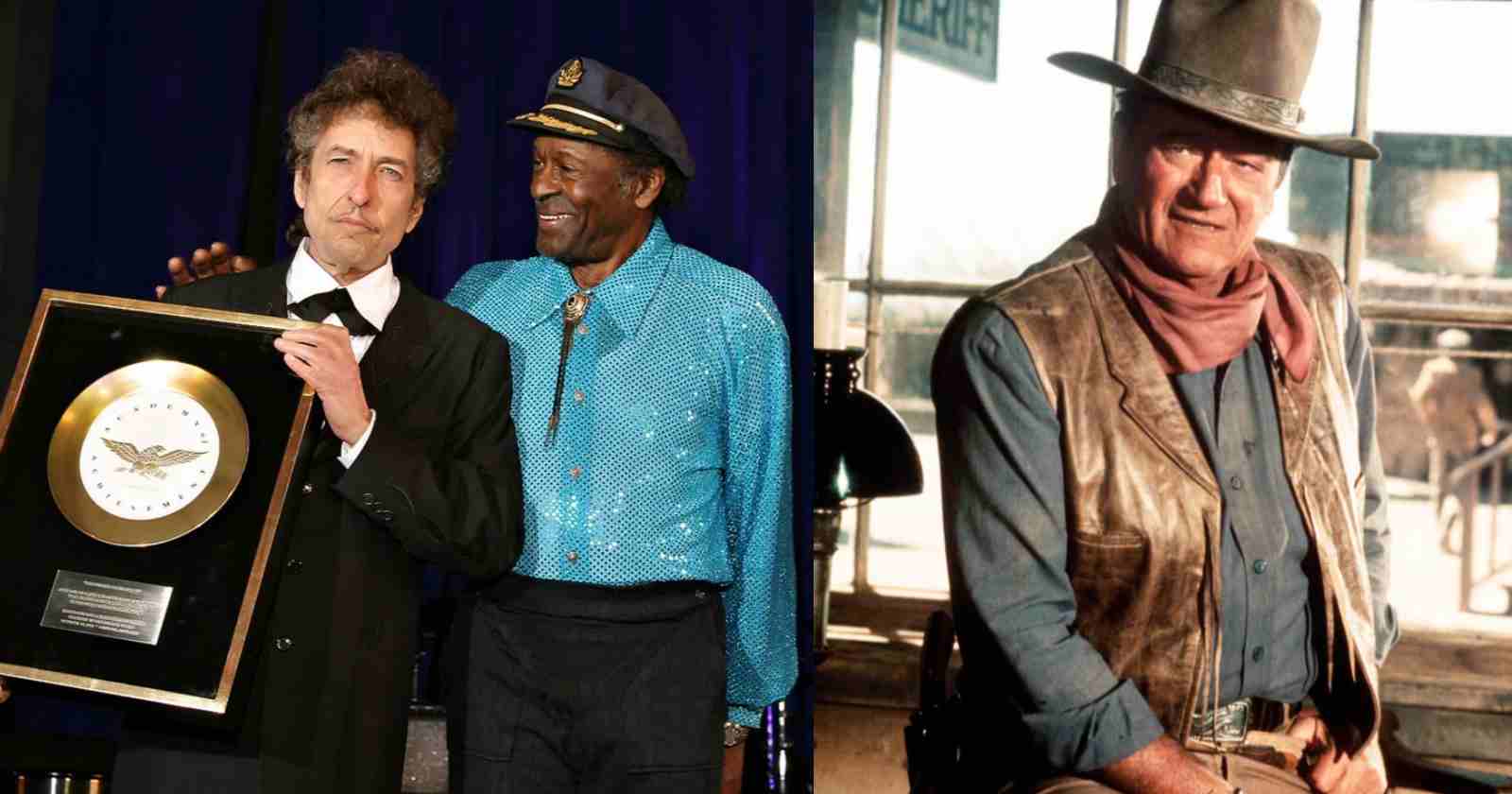 Bob Dylan is considered one of the best musicians of all time that still is a big influence to the musical world. Over the decades he had the opportunity to meet famous politicians, the pope, musicians authors and actors. In an interview with Bill Flanagan back in 2017, the musician recalled his meeting with famous Hollywood actor John Wayne and also talked about his love for television when he was young.

The story of when Bob Dylan met actor John Wayne

When asked if he and John Wayne hit it off right when they first met back in 1966, Bob Dylan said: “Pretty good actually – the Duke, I met him on a battleship in Hawaii where he was filming a movie, he and Burgess Meredith. One of my former girlfriends was in the movie too. She told me to come over there; she introduced me to him and he asked me to play some folk songs.”

“I played him “Buffalo Skinners,” “Raggle Taggle Gypsy,” and I think “I’m a Rambler, I’m a Gambler.” So he told me if I wanted to I could stick around and be in the movie. He was friendly to me.”

During the same interview Dylan was asked how old he was when his family bought their first TV and which shows he used to watch: “I was about 14 or 15 when we got one, my dad put it in the basement. It came on at 3:00 and went off at 9. But most of the other time it showed a test pattern, some kind of weird circular symbol. The reception wasn’t that good. There was a lot of snow on the screen, you always had to adjust the antenna to get anything to come in.”

“I liked everything I saw: Milton Berle, Sid Caesar, Highway Patrol, Father Knows Best. There were theater dramas, too, like Studio One, Fireside Theatre. Quiz shows, too – Beat the Clock, To Tell the Truth, Queen for a Day, they were all good. There was one called You Are There with Walter Cronkite. The Twilight Zone, there were a bunch of them.”

Dylan was asked which shows he liked to watch when he was on his his tour bus and he revealed: “I Love Lucy, all the time, non-stop.”