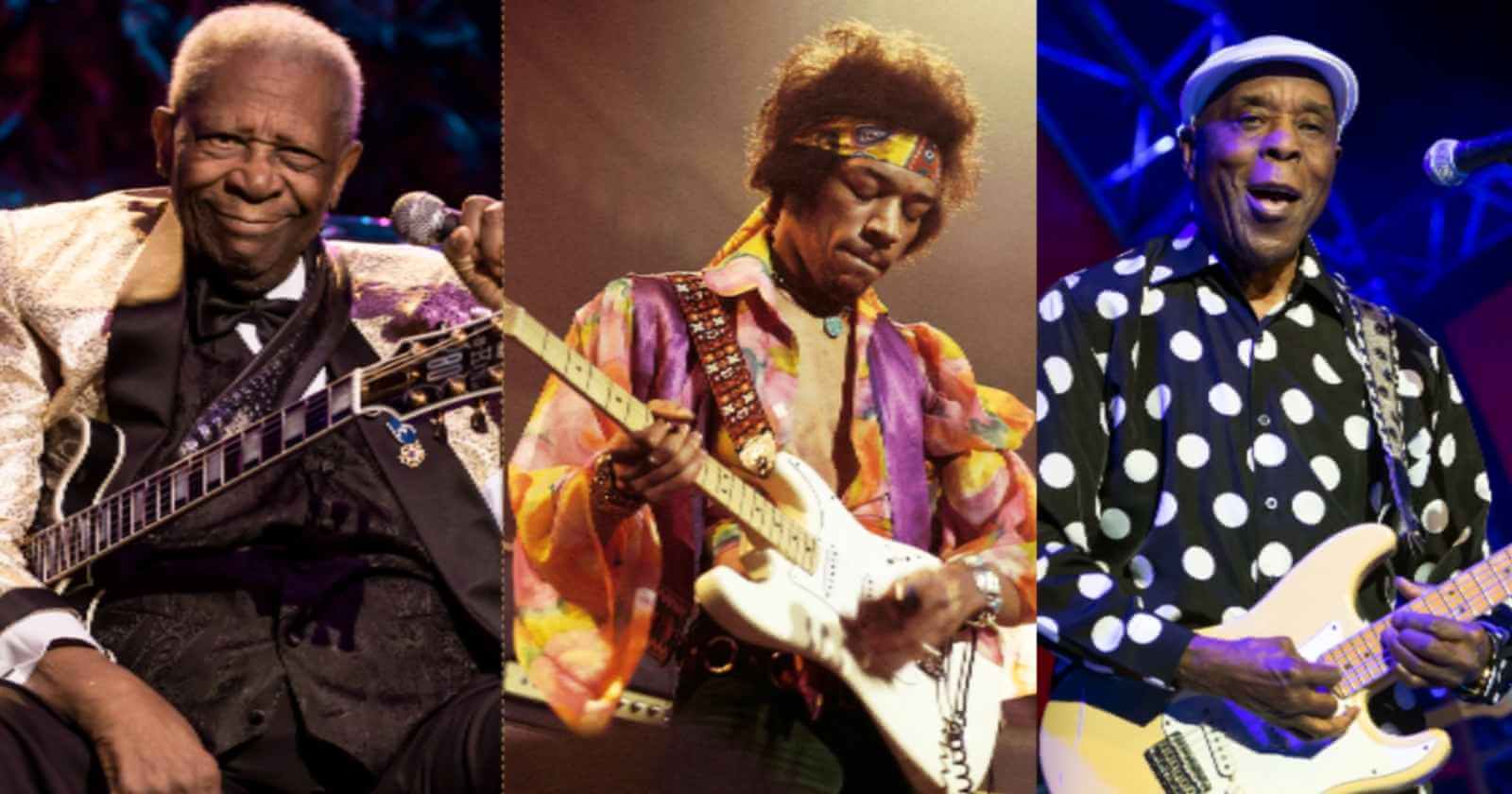 Legendary Blues guitarists Buddy Guy and B.B King were lucky enough to meet Jimi Hendrix and they recalled in an interview with SiriusXM back in 2009 how they met the musician, also talking about his guitar playing and how important he was for music.

The Story of when B.B King and Buddy Guy met Jimi Hendrix:

Buddy Guy: “In a place called on 48th and 8th street called The Scene, it was in the basement, it was The Chamber Brothers, you (Referring to B.B King) and I didn’t know who he was (Referring to Hendrix) and I was about 24 to 25.”

B.B King: “How come you keep mentioning ages, I think you’re trying to throw bricks at me (laughs).”

Buddy Guy: “No, no. But anyway, Dick Waterman had contacted me then and I had the guitar behind my head, you know, trying to get some attention, mostly.”

Buddy Guy: “You know, somebody had a tape recorder and they were like ‘That’s Jimi Hendrix’ and I had a couple of shots, you know, I’m trying to get me some of thesse ‘hippie gals’ and I said ‘Get out of my damn way, who the hell is Jimi Hendrix?’ And he started waving and plugging up while Pat just said to me ‘Just cancel the gig, I want you to play with Jimi Hendrix’.”

“I said ‘Who the hell is that?’. Somebody just said ‘That’s Hendrix, be cool’ (Laughs). So I finally stopped playing and he plugged and went to work on it. I said ‘Well, maybe I should know you’. From that day on we had some conversations. That was like about two and a half year before he passed away.””

B.B King told the story of how he met Hendrix

B.B King: “Well, I first met him at Tom Couch’s place. Guess what he was doing, he was in the rhythm section for Little Richard. That’s how I first met him. They didn’t care so much about Blues because Little Richard was so electrifying. When he got trough everybody was getting ready to leave (Laughs). But Jimi was quiet when I met him, when I saw him he didn’t drink, he didn’t smoke or anything.”

“I wasn’t drinking that much then, so we go in the dressing room and we just sit in there and it was like two stools in there, so finally he says ‘B.B I’ve been listening to you for a while…’ I said ‘Really?’ Then he told me his name but I noticed he was left-handed. He didn’t play like we do and I was asking why he didn’t change the strings (laughs) and he said ‘Well, that’s just the way I learned’ and that’s how I’ve met Jimi.”

“He was a very nice person. I haven’t heard no more of him until he had gone to England and that’s when I started hearing ‘Jimi Hendrix, Jimi’ so I was saying ‘Yeah, I know him!’ but I never had the chance to speak to him again.”