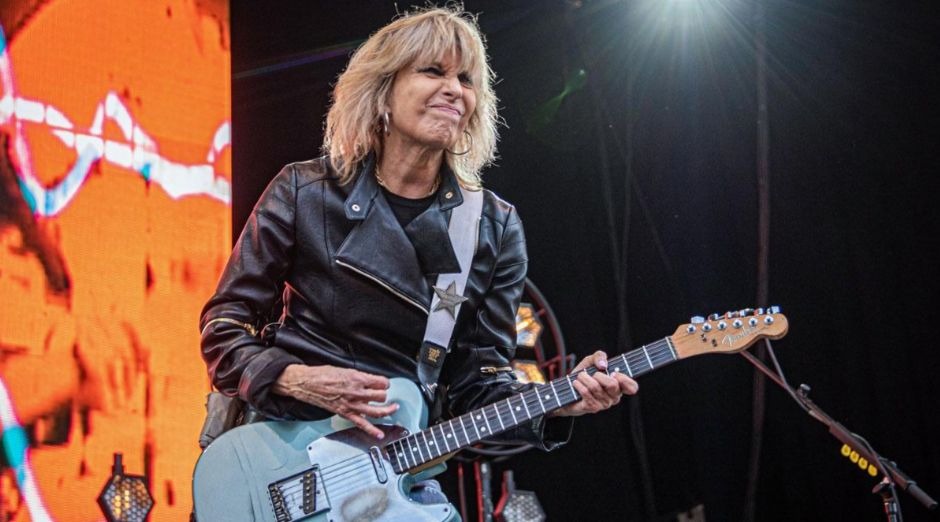 The Pretenders continues to reveal new songs from their upcoming album Hate For Sale. The latest song released by Chrissie Hynde and company was “Turf Accountant Daddy”. The 11th album of their career will be released on July 17th.

“This is my favorite from the new album. I love the atmosphere of Top of the Pops that it has”, says Hynde. “The song was inspired by some bad characteristics of some ex-relationships. Despite never having a boyfriend with someone who works with gambling,” she adds.

The clip was made entirely during the quarantine. In addition, the video was produced and directed by the band itself in partnership with longtime collaborator John Minton. Who has also made videos for Noel Gallagher, Portishead and Savages previously. In addition to making the clip for the title track and The Buzz, also on the next Pretenders album.

The band was already inducted to Rock n ‘Roll Hall of Fame and have more than four decades on the road. The group was formed in England in the late 70s, by vocalist Chrissie Hynde, an American who had already participated in the groups: Jack Rabbit, in the United States and Gallie, in France. The other members were Pete Farndon (bass), James Honeyman-Scott (vocals, keyboards, guitar) and Martin Chambers (drums).

After the compacts “Stop Your Sobbing” and “Kid”, they went on an English tour, receiving some press coverage. The compact “Brass in Pocket” entered the hit charts of 1979, the year of the release of the first LP, which quickly reached the top of the best sellers.

They participated in the benefit concert for refugees from Cambodia (they have three tracks on the album Concerts for People of Kampuchea) and went on tours in Europe and the USA, being very well received by critics and the public. Rolling Stone magazine awarded the Pretenders as the great revelation of 1980. In addition, in 1982, Honeyman-Scott died, a year later Farndon died, but Chrissie Hynde announced that the set would not end, and is currently in operation.