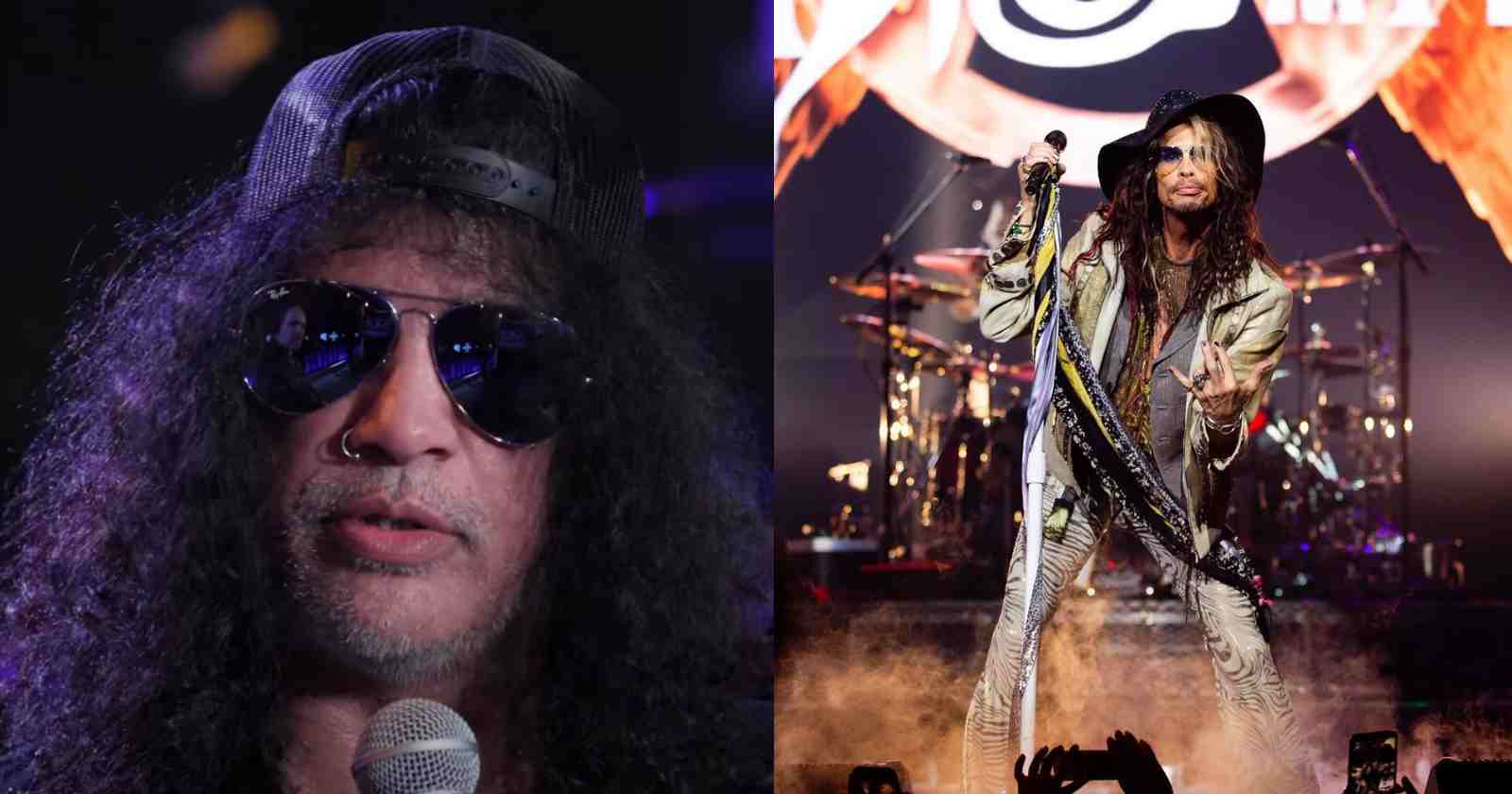 The Guns N’ Roses guitarist Slash is a big Aerosmith fan and loves almost every the group did. Over the decades he even had the chance to tour and play with the band many times. As he revealed in an interview with Classic Rock back in 2005, there is only one Aerosmith album that he didn’t like very much.

The only Aerosmith album that Slash didn’t like very much

Talking with Classic Rock, Slash revealed that “Rock In A Hard Place” (1982) is the only Aerosmith album that he didn’t like very much. He said that after the interviewer commented that the group had done “some pretty awful records” and Slash replied: “No! Just one. They made an album without Joe or Brad: Rock In A Hard Place. It had some good songs. But it didn’t sound right. And that was it. After that they were finished for a long time,” Slash said.

Aerosmith’s seventh studio album, “Rock In a Hard Place” is the only record of the band that doesn’t feature the guitaris Joe Perry, who wasn’t in the band since 1979. Guitarist Brad Whitford left the group during the recording in 1981 but appeared in the track “Lightning Strikes”.

The band”s line-up when the album was released was composed by Steven Tyler (Vocals), Joey Kramer (Drums), Tom Hamilton (Bass), Jimmy Crespo (Guitar) and Rick Dufay (Guitar). Curiously, one of the producers of the album was Tony Bongiovi, cousin of the unknown (at the time) Jon Bon Jovi.

It was Aerosmith’s first album released in the 80s. But the most forgotten by the fans, since it didn’t had so many hits like the other ones had.

Slash’s favorite album from them

In an interview with Planet Rock back in 2021 (Transcribed by Rock and Roll Garage) Slash revealed which is his favorite Aerosmith album, saying: “We toured with them back in 1989 with Guns N’ Roses. But I’ve been friends with them ever since. I grew up around a lot of music. My parents were a lot Rock and Roll. But when I heard the Aerosmith ‘Rocks’ (1976) record that was the catalyst for what I do now. So I give them all the credit for that,” Slash said.