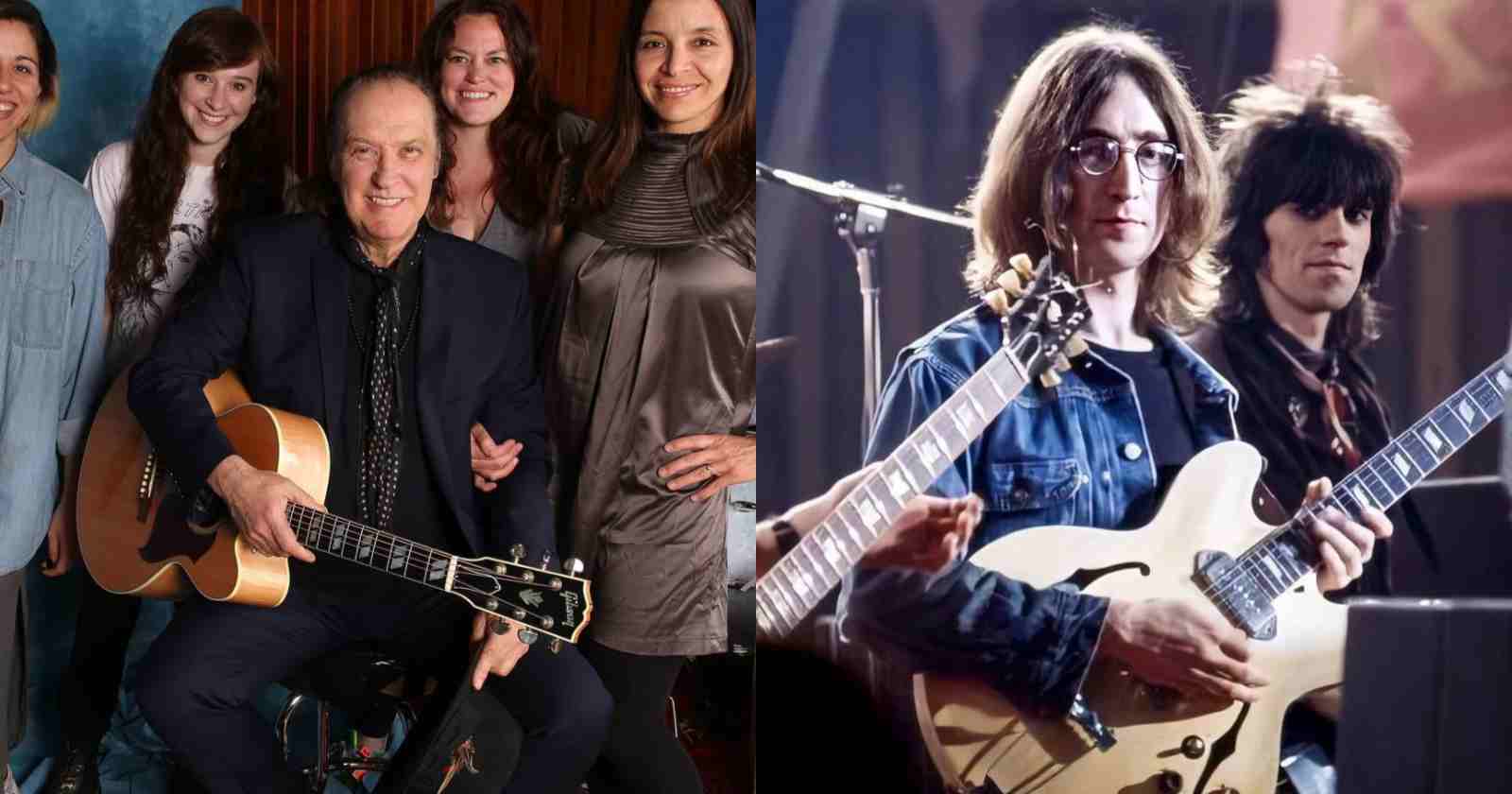 The legendary The Kinks guitarist Dave Davies talked in an interview with Classic Rock about The Beatles and John Lennon. The musician recalled a meeting with the late Beatles singer and guitarist and talked about how he felt about the group back then.

The Kinks’ Dave Davies talks about The Beatles and John Lennon

“The Kinks opened for The Beatles at Liverpool Empire, and we were dying to see the guitars they used. We knew they were Rickenbackers. I was going to go up there and play one, but John Lennon wouldn’t let us touch anything. “Don’t you dare touch those!” He was a paranoid guy, but funny.”

“They were so protective of everything, with their posh suits and Beatle haircuts. John used to hang out at the Scotch of St James. I think he liked me, mostly because he knew I didn’t give a shit. My attitude wasn’t down to inner resentment, like his was.”

“A lot of his discontent was born from deep-rooted experience and resentment. But, unlike John, I’d had a great childhood. We were once both drunk, sitting at the table in the Scotch of St James. I’d had a few pills as well and he couldn’t stop me talking. As I was leaving, John said to me: “You’re one of the most obnoxious people I’ve ever met!” I took that as a great compliment.”

Dave told Rock and Roll Garage via Twitter that he “grew up to love them in time” and he loves “I Wanna Hold Your Hand” and many other songs from the Liverpool group. He also said that he is a big George Harrison fan and all the Beatles members are good.

Paul McCartney is a The Kinks fan

In the documentary “McCartney 3, 2, 1” released in 2021, producer Rick Rubin asked Paul if back in the 60s there was something that he saw that he had never seen before and he answered (Transcribed by Rock and Roll Garage): “Kinks, I mean, we loved that first hit ‘You Really Got Me’ and the guitar. They supported us, we were in Brighton, we were due to come on the second half, they did the first half. We all kind of came out so we could watch them.”

Thanks guys I remember the gig @PaulMcCartney at New Brighton always been a big fan and you know that @thebeatles @johnlennon @GeorgeHarrison @ringostarrmusic https://t.co/YamlRruZmF