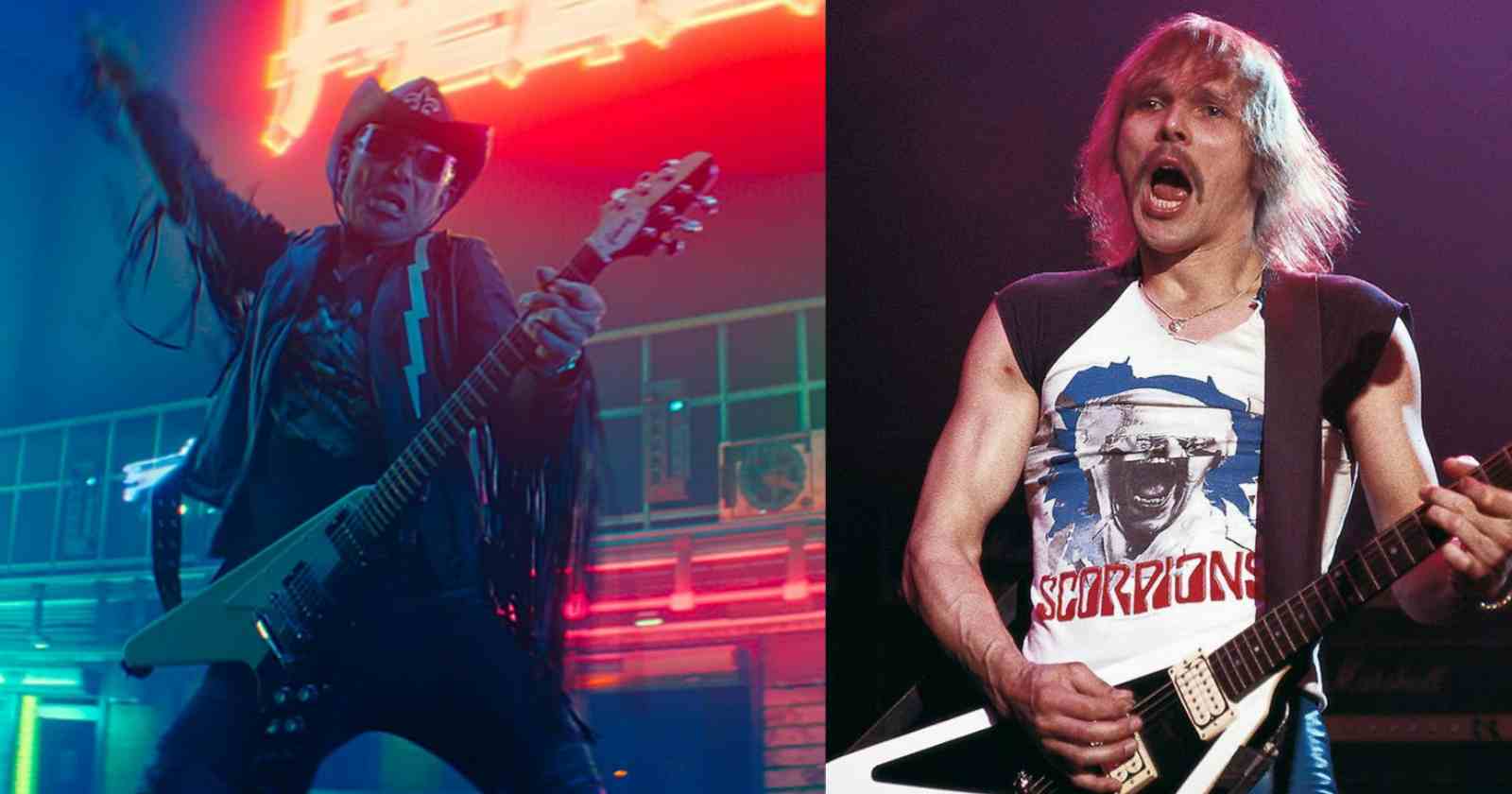 The German Scorpions guitarist Rudolf Schenker is one of the most famous musicians that use the Flying V model of the instrument. In an interview with Guitar Center (Transcribed by Ultimate Guitar), the musician revealed which guitar player influenced him to use the specific guitar model.

The Gibson Flying V guitar model was first released in 1958 and offered a futuristic body design but it wasn’t succesful at the time. The model was kept alive by famous artists like Albert King, Lonnie Mack and The Kinks’ Dave Davies. During the 70s and 80s the instrument was revived by many Hard Rock and Heavy Metal musicians like Rudolf Schenker.

“Because of Johnny Winter. Johnny Winter on the poster (playing a) Flying V ’58. Actually, this Flying V was not very popular those days when Johnny Winter started playing it. It was more for a guitar store to put as an eyecatcher. No guitar player wanted to be this so sharp. But Johnny Winter, he had this fantastic poster. I told my brother, I said, ‘Hey, Michael, this guitar, what do you think, can I play this?’ He said, ‘Why not?'”

“I said ‘It might be too much for me. I’m a rhythm guitar player. What can I show with this guitar?’ Anyway, the interesting thing was that my brother got us a Les Paul from Willy Becker from No.1 Guitar Center, and he was going to Hamburg to pick it up. He called me and said ‘The Flying V is here, the one with the metal plates.’ I said ‘Oh, that’s unbelievable!’ Michael said ‘Come over here!’
I said, ‘Okay. I’m coming.’ Then I asked for a price and also what can we do about it. Willy Becker said, ‘Bring the guitar you’re playing now and we will get this deal done for you.'”

“So, we finalized the deal, he said ‘Here, every month 100 Deutsche Marks.’ I gave my old guitar and I had a Flying V instead. I was playing this Flying V for a long time until my brother… We had a big festival, we were supporting it with our PA, we already had a big PA, 10 speakers on the left side and 10 on the right, a mixing board and everything. My brother came to me and said, ‘Rudolf, I can’t play this festival.’ I said, ‘Why? Where is your guitar?’ And Michael said, ‘My girlfriend forgot to give it to me before they left for a vacation.'”

“I played the Melody Maker at this festival. We had good success and stuff but when we came back from the stage my brother said, ‘I can’t give you the guitar back because it’s so great that I have to play it.’ Because I love my brother I said, ‘Okay, Michael, here. Then we’ll do a swap, you’ll give me the Les Paul.’ But the Les Paul was too heavy for me.  I tried so many guitars, Explorers, Firebird. But when my brother left for UFO, the first thing I did, I bought the Flying V back. Because, I’ll tell you one thing, from all this checking out of different guitars and playing them on stage, I never felt very confident. But, with the Flying V, it was THE guitar.”