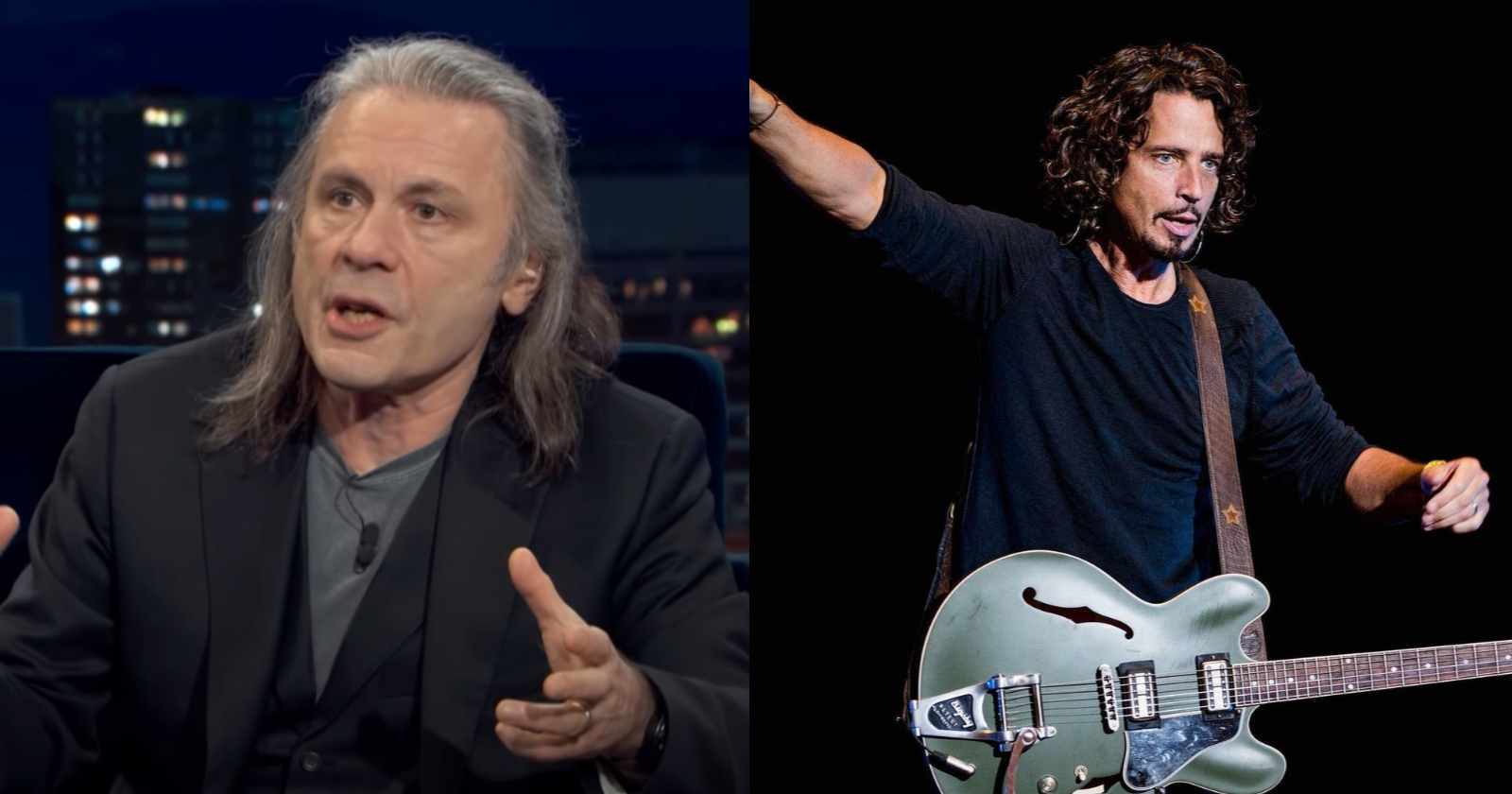 Singer Bruce Dickinson helped Iron Maiden to become a bigger band with his incredible voice range after he joined them in 1981, replacing Paul Di’Anno. After being part of 7 successful studio albums that carved Maiden in the history of Heavy Metal, Dickinson decided to leave the group in 1993, time when Grunge was the kind of music that the Rock and Roll industry wanted the most at the moment.

That era is known as low period for Metal bands that were severely affected in sales, promotion and also public in their concerts. Even though Dickinson was just starting his solo career and had to fight that scenario he liked many Grunge bands as the producer Jack Endino revealed in an interview with Daniel S in 2021 (Transcribed by Rock and Roll Garage). Endino was the producer of Dickinson’s album “Skunkworks” (1996).

The Grunge bands that Bruce Dickinson likes according to ex-producer

When asked by Daniel S if Bruce Dickinson liked Grunge Rock music, the producer Jack Endino said:”He liked some of it. He liked Soundgarden, he loved the ‘Bleach’ (Nirvana) album coming out. Because I mean, that stuff made a pretty big impact in the UK. But in particular he liked Soundgarden, he liked Nirvana. I’m sure he knew about Alice In Chains. His band members as well were very in touch, they liked Jane’s Addiction and King’s X.”

In a conversation with Folhateen, the teenager segment of the Brazilian newspaper Folha De São Paulo back in 1997 (Translated by Rock and Roll Garage), Bruce praised Soundgarden’s vocalist Chris Cornell saying it was the best voice he ever heard in Rock and Roll: “The best voice I’ve heard in rock is Chris Cornell. I don’t think he’s going to sing hard rock anymore, but he can beat any metal vocalist.”

In 1996, before the release of his solo career career album “Skunkworks”, Bruce Dickinson talked with Wellbeing Network about one track that was heavily inspired by Soundgarden: “There’s a couple of tracks that we don’t have vocals on, that we recorded with Jack. One of which we won’t use cause the backing track sucks. The other one sounds really cool. It’s basically ‘Headswitch’ but with the riff turned round and slowed down. So it’s virtually a half speed version of “Headswitch”, really heavy, and it sounds great.”

“The working title for “Headswitch” was “Fastgarden”, cause it’s a very Soundgarden inspired riff. So we had “Fastgarden” and “Slowgarden”. And “Slowgarden” is still in the can and I haven’t done any vocals on it.”

Nirvana‘s debut album “Bleach” (1989), that according to Jack Endino Bruce Dickinson liked had songs that became classics of the group like “About A Girl”. The work didn’t chart upon it’s initial release. But when reissued internationally in 1992 after the success of “Nevermind”, the record peaked at number 89 on the Billboard 200 and 33 on the UK Albums chart.