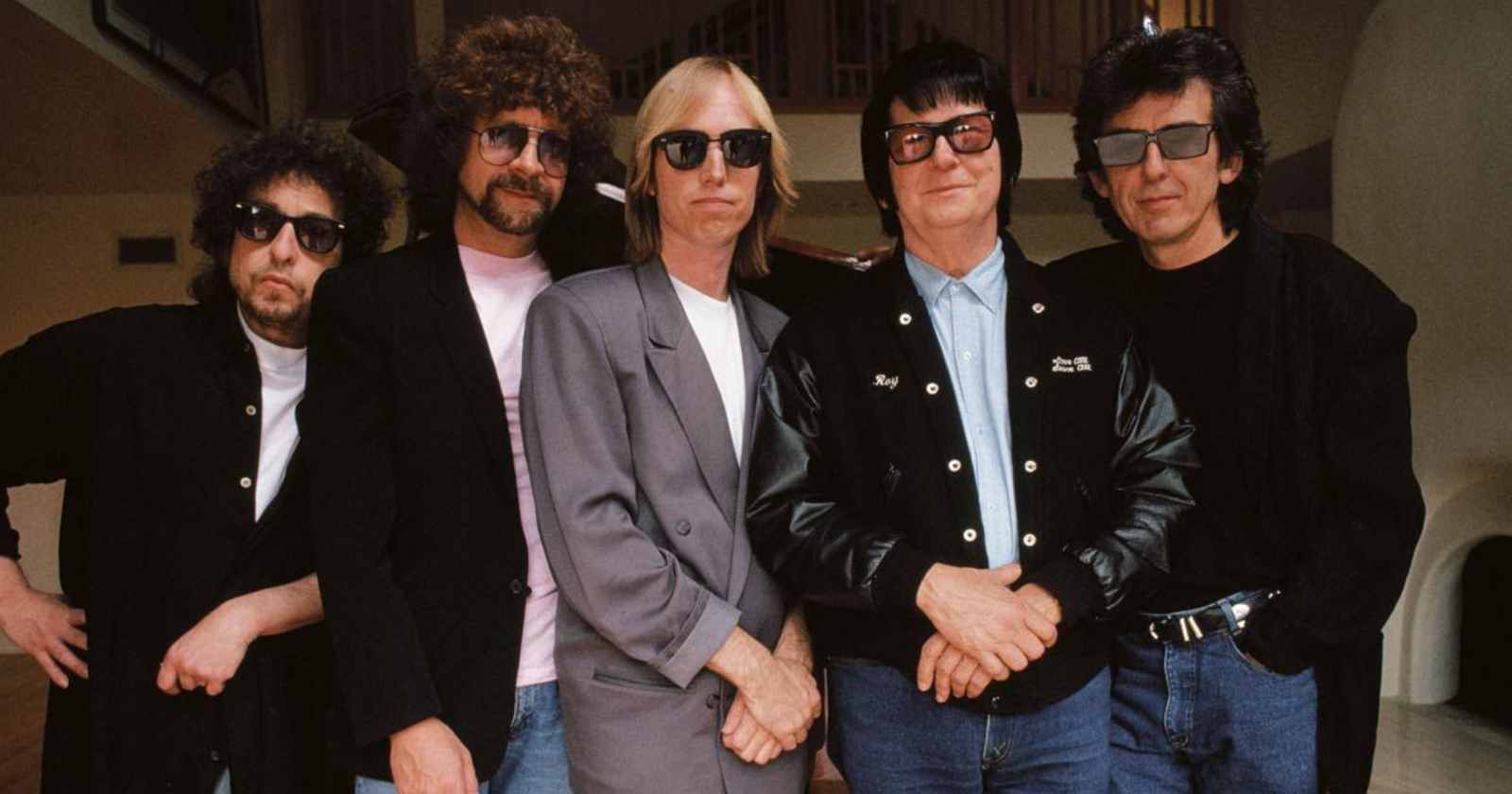 Formed in 1988, The Traveling Wilburys were one of the most impressive supergroups of all time, which had incredible line-up formed by George Harrison, Bob Dylan, Jeff Lynne, Roy Orbinson and Tom Petty. With only two studio albums, the band was active from 1988 until 1991 but created famous tracks like “Handle With Care”, “End Of The Line” and “Tweeter and The Monkey Man”.

In an interview with Countdown back in 1990 (Transcribed by Rock and Roll Garage), Harrison recalled the interesting story of how the supergroup was formed.

The funny story of how The Traveling Wilburys was formed

“The first time it came about it I just made a record called ‘Cloud Nine’ (1987). In Europe, you know, they make those 12-inch singles and they usually like to have an extra song on the record. So they asked me for an extra song and I didn’t have one already recorded. So I thought the easiest thing to do is just go in the studio the next day, write a song quickly, record it, mix it and give it to them.”

“That night I had dinner with Jeff Lynne, who was having dinner with Roy Orbinson. We all had dinner together. I said ‘Well, tomorrow I’m going to go find a studio and go in someplace, make a tune and make this record. So I said to Jeff: ‘Do you wanna come and help?’ And he said ‘Yeah, ok. The problem is where we gonna find a studio and an engineer so quickly’. So Roy Orbinson was there and he said: ‘Oh well, if you  do something call me. I’d like to come along and watch’.”

“So then I thought, well, Bob Dylan had a little studio in his garage. I called him and said: ‘Do you mind if we come along tomorrow?’ He said: ‘No, come along, that’s ok.’ Tom Petty, I had to got to his house to pick up my guitar, (it) was around his house. So he said: ‘Oh good, I’ll come. I was wondering what I was going to do tomorrow’.

“So the next morning I started to write a song. I thought ‘Well, if Roy Orbinson is gonna come it’s silly to having sitting there. He is a better singer than everybody. I’ll write a little part for Roy to sing. Jeff thought that was a bit cheeky. Anyway, we got to Bob’s house. Jeff and I finished the song off. We had music to it, we didn’t write the words at that point. Then we wrote the lyrics and that story, I’ve said that story many times. To try think of what the song lyric would be, we need a title or some idea. I saw a box in the garage of Dylan’s house, that said ‘Handle With Care’.”

“So we wrote the lyrics arond that and as I had a part for Roy, then I thought: ‘Well, I might as well get Bob, Tom and Jeff, everybody singing in the middle part. So we made the record, we mixed it. I took it to record company and they said: ‘It’s too good to just give to Europe on a extended play. Because it’s not gonna sell the ‘Cloud Nine’ record. It’s not on the album.”

“They didn’t want it to be imported to America and for it having no value. So I just kept the tape in my pocket and I kept playing it. I though ‘Well, the only thing I can think of doing is if we did that one song in one day, all we need is nine days with Bob and Roy, everybody and we make and album.”

“So that’s what I did. I asked them ‘Let’s make an album’. It came about those circunstances and just happened that Roy, Bob, Tom and everybody was there,” George Harrison said.

The band’s debut album “Traveling Wilburys Vol. 1” was released in 1988 and had famous tracks like “Handle With Care”, “Last Night”, “Heading For The Light”, “Tweeter and The Monkey Man” and “End Of The Line”. The official video of “End Of The Line” was dedicated to Roy Orbinson, who died at the age of 52 only one month after the release of the album.

Their second and final album “Traveling Wilburys Vol. 3” (It was intentionally named like that to confuse collectors, who would be looking for a volume. 2), was released in 1990. It had Harrison, Dylan, Petty and Lynne. It had famous tracks like “She’s My Baby” and “Wilbury Twist”.