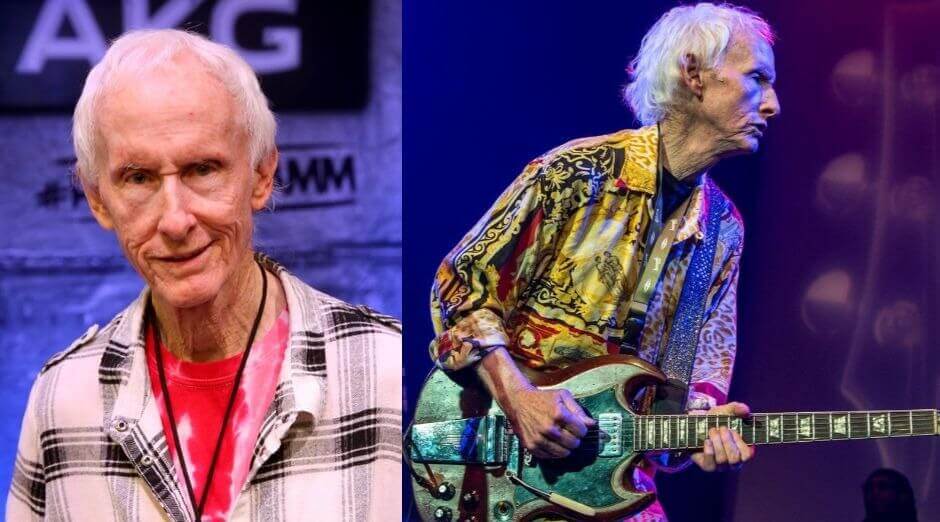 The Doors‘ guitarist Robby Krieger said that Stratocasters are better than Telecasters. The musician talked about the instrument with Guitarist Magazine and revealed his preferences.

Are there any common design features on electric guitars that are an instant turn-off when you’re auditioning potential new guitars?

“All I know is how it sounds and how it plays. And I can tell right away if a guitar plays good or not, and if it sounds good. It sometimes takes me a while to get used to a guitar. Sometimes, after a month of playing, it’s not as good as I thought it was…”

“I just don’t see why people like Telecasters so much. It’s not my style. To me, a Strat is a lot better and more playable than a Tele,” Robby Krieger said.

When was the last time you stopped to stare in a guitar shop window and what were you looking at? 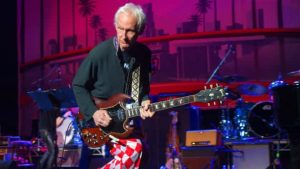 “I go into the Guitar Center every once in a while, but, to tell you truth, I haven’t really seen anything that I would want to buy that would be better than what I’ve already got.”

“My number one is the one I always use on stage – a ’67 SG Standard, similar to the one I had back in The Doors days. For some reason, it just plays really, really nice. It has a skinny neck, but I’m more into wide necks. I think it’s more about the sound. I got that about 25 years ago. Before that, I used a 335 mostly, like Larry Carlton.”

If forced to make a choice, would you rather buy a really good guitar and a cheap amp – or a cheap guitar and a top-notch amp?

“A cheap amp, I think. You can always get another amp, but it’s not so easy to find a good guitar. I like the [Fender] Blues DeVille with the 4x10s. I really like those. So I seem to get what I need out of them. I really like the old ’59 Twin, but they’re hard to find. I’ve been looking for one and Joe Bonamassa said he’s got a bunch of them. He said he’d sell me one, but every time I call him, he’s on tour. [Laughs]”

If you could only use humbuckers or single coils for the rest of your life which one would you choose and why?

“Humbuckers. Even though my guitar on the first two albums was a single-coil Melody Maker. It sounded pretty good! But they buzz so much, you know. I didn’t really think about it that much when that Melody Maker got stolen and the next guitar had humbuckers on it. So I just kind of got used to it… I bet someone has my [guitar] but just doesn’t know it,” Robby Krieger said.