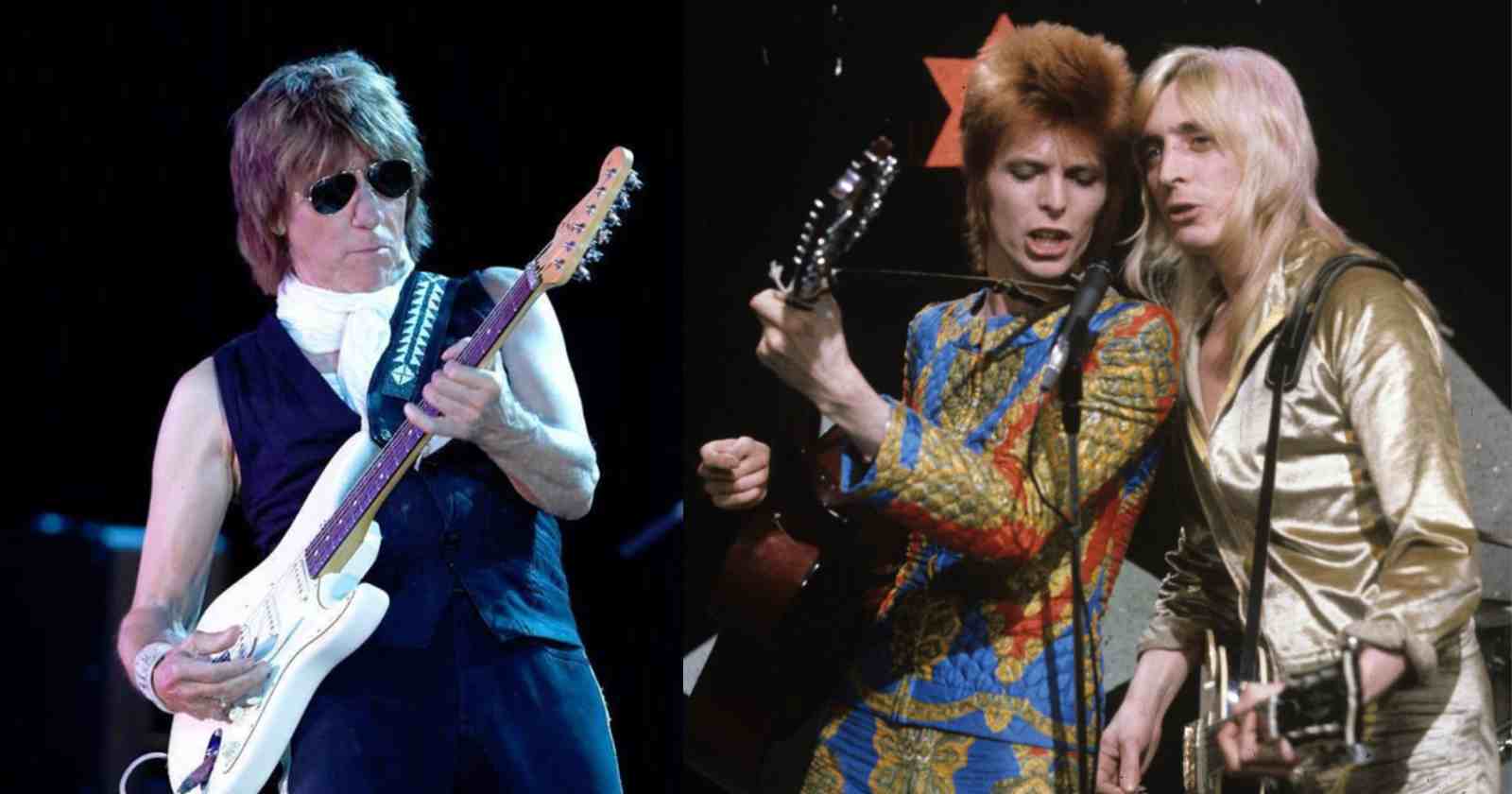 One of the most respected guitarists of all time, Jeff Beck first achieved fame as a member of The Yardbirds, Beck, Bogert & Appice and constructed a successful solo career. Over the decades he had the chance to collaborate with many other praised musicians on studio or or stage. One the artists that he had the chance to play with live in concert was the late legendary David Bowie and in an interview with Johnnie Walker on BBC in 2022, he named one Bowie song from the 70s he likes and explained why.

The David Bowie song that Jeff Beck said he likes

When asked by Johnnie Walker, which Bowie songs from the 70s he likes, Jeff Beck chose the track saying that the riff is very similar to something The Yardbirds did (Transcribed by Rock and Roll Garage): “That was the song that was kind of a salute to the Yardbirds. You know, one of the tracks we had, had that same riff. I think that’s why David asked me to go on and play Jean Genie”

About playing the song with Bowie on stage back in 1973, Beck recalled: “What was weird was that I never thought about (playing with Bowie). I mean, back then I wasn’t thinking about anything. I was just thinking about surviving. But my then girlfriend, she had a call from Angie Bowie, who said that ‘he would like more than anything for you to join Bowie on his last Spiders From Mars gig at the Hammersmith Odeon'”.

“And I didn’t want to do it. I thought ‘Well, got nothing else to do’. And I went and played. I just really honestly, to this day I don’t know what I was doing up on that stage, really. But I found out later that Bowie wanted me in his band. I was probably on a tour somewhere, (so) I couldn’t do it.”

“But what an experience (it was), playing to his fans. So I’ll never forget that. Then we saw quite a lot of each other, actually. I’ve had a Chevy pick-up and we were in the middle of Soho. The whole place was besieged with fans and I just realized who was sitting next to me (laughs), amazing,” Jeff Beck said.

The Yardbirds track that Jeff Beck pointed as similar to “The Jean Genie” is their version of “I’m A Man“, originally recorded by Bo Diddley.

Originally released as a single in 1972, “The Jean Genie” was also included on his 1973 album “Aladdin Sane”. By the time of its release, the track peaked at number 2 on the United Kingdom Singles Chart. It remains as one of the most famous Bowie songs.

David Bowie and Jeff Beck were already inducted into the Rock and Roll Hall Of Fame. Beck was inducted first in 1992 as a member of The Yardbirds and then in 2009 as a solo musician. Bowie joined the Hall of Fame in 1996.