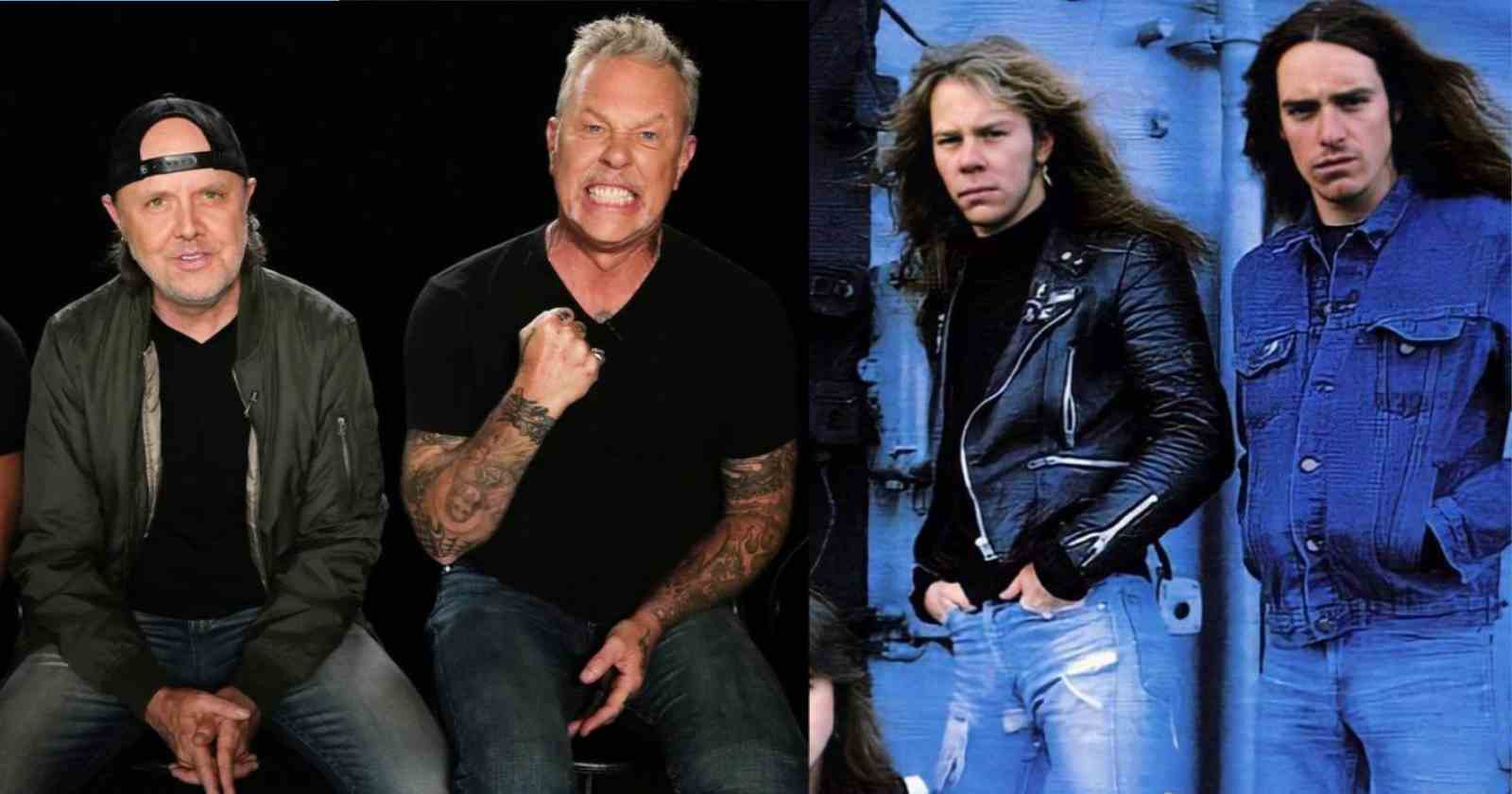 One of the biggest Heavy Metal bands in history, Metallica was formed in 1981 in Los Angeles by vocalist and singer James Hetfield and drummer Lars Ulrich. However, the name of the band didn’t appeared righ away and they had other options in mind as Ulrich revealed in an interview with Playboy Magazine back in 2001.

One of the most successful bands of all time, Metallica sold more than 125 million albums worldwide. Also was inducted into the Rock and Roll Hall Of Fame back in 2009.

The 4 other names that Metallica considered when choosing their name

“We had a list of 20 possible names: Nixon, Helldriver, Blitzer. I was really keen on Thunderfuck,” Lars Ulrich said.

How the name Metallica was chosen

In an interview with NPR back in 2017, the band’s co-founder and drummer Lars Ulrich revealed how he “came up” with the name Metallica. “Well, I came up here actually in the spring of 1981 and ended up at a kegger over on Strawberry Hill. I met a bunch of really cool San Francisco kids. One them was named Ron.”

“He told me he wanted to start his own fanzine, like a hard rock fanzine, where he wrote about all his favorite bands. He wanted, he asked me whether he should call the fanzine Metallica or Metal Mania. So I suggested that he call it Metal Mania (Laughs).”

Guitarist Dave Mustaine was the Metallica lead guitarist from 1982 to 1983 until he was fired due to addiction and behavior problems, being replaced by Kirk Hammett. Mustaine went on to create Megadeth, that became one of the biggest Thrash Metal bands of all time.

In a conversation with Guitar World back in 2011, Mustaine said that he used to call the band The Four Horsemen before it was named Metallica. “I had always called us, as a group, the ‘Four Horsemen.’ Before I was in Metallica, I really loved this band called Montrose and guitarist was Ronnie Montrose”.

“He went on to form a band called Gamma. One of their records had a shark fin cutting through the grass. I thought was so awesome. Anyway, he had a song on there called “Four Horsemen” that I did with my band Panic, which I was with before Metallica”.

“So when I joined Metallica, I had the song ‘Mechanix,’ which I wrote. ‘Four Horsemen’ was a suggestion of mine to do ’cause we were doing cover songs. So that had planted the seed with James.

“One day when we were coming to rehearsal Lars had just said something about slowing down my song, ‘Mechanix.’ I had just gotten to the studio with Cliff. We had been listening to Lynyrd Skynyrd. I was being a jerk. So I played ‘Sweet Home Alabama’ instead of ‘Mechanix.’ That’s basically the middle part of what would become ‘Four Horsemen.’