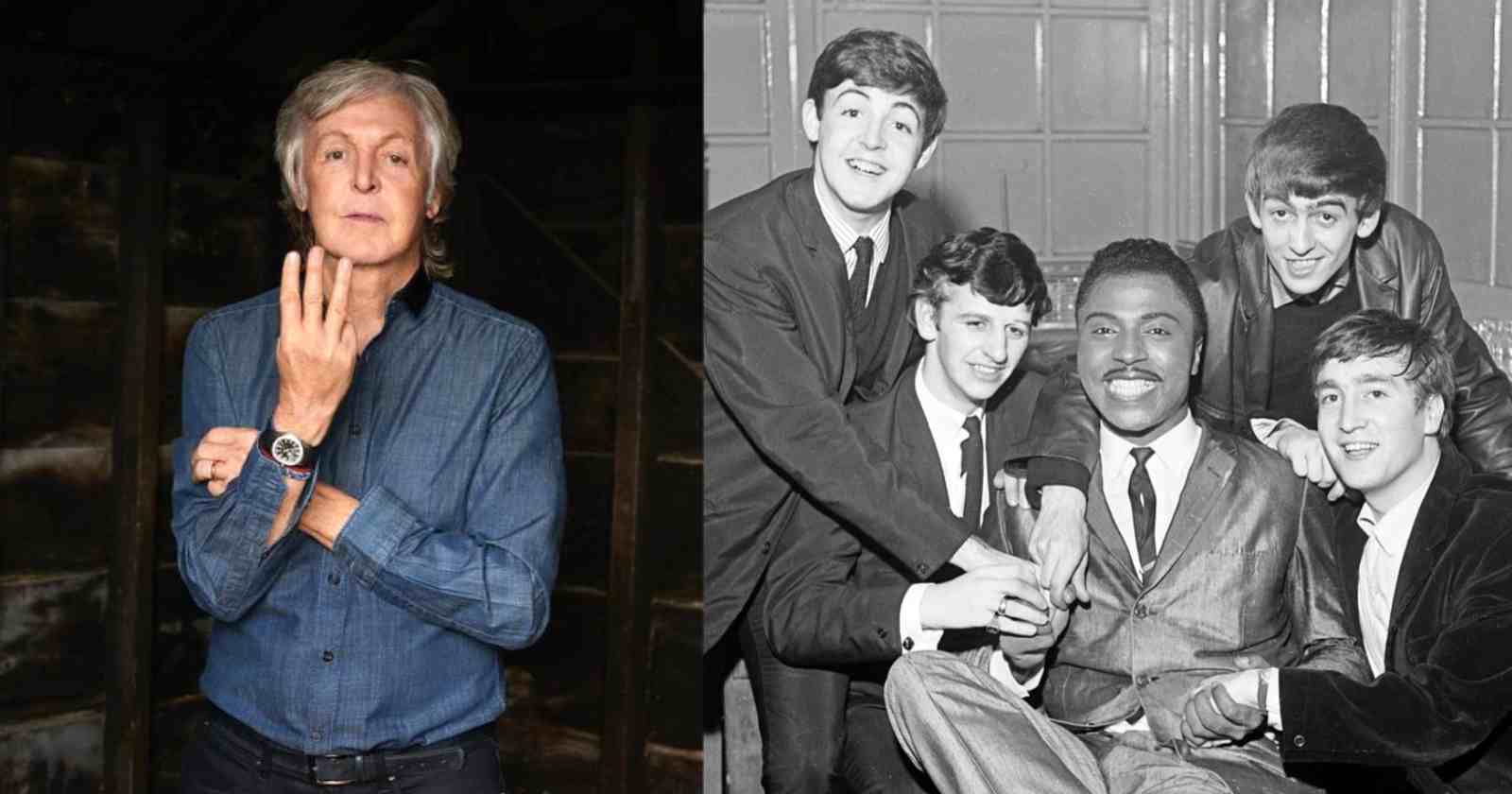 The legendary Beatles singer and bassist Paul McCartney contributed to the evolution of Rock and Roll and inspired millions of musicians over the decades. In a conversation with Charlie Rose in 1991 (Transcribed by Rock and Roll Garage), the Beatle listed 3 artists that inspired him the most and explained why they were so important for him and his bandmates.

Paul McCartney is one of the best-selling musicians of all time and also one of the few artists that were inducted into the Rock and Roll Hall Of Fame twice. In 1988 he was inducted as a Beatles member and in 1999 as a solo musician.

3 musicians that Paul McCartney said that inspired him the most

“Little Richard was a big influence on me because I do a lot a sort of screamy thing that is directly base on what he does.” McCartney looks at the camera and says “Yes, Richard if you’re watching I admit it all”. The Beatle then imitates Little Richard’s voice, saying that he always says ‘I taught you that Paul, woo woo, oh come on Paul you know I did!”. McCartney continued saying: “That’s true Richard, you did. I owe him a lot. I doubt he is going to be watching this show. We will get him a tape”, Paul McCartney told Charlie Rose.

In an interview with The Rolling Stones guitarist Ronnie Wood in 2013 (Transcribed by Rock and Roll Garage) McCartney praised Little Richard and recalled that he played one of the American musician hits in front of his colleagues in school: “(I’m) a big fan. (It was) one of those voices you couldn’t believe. I didn’t know the history of the Blues like someone Keith (Richards), you (Ron Wood). You know, I talk to Keith and I say ‘It’s that early Chuck Berry?’ and he say ‘No, it’s from where Chuck got from'”.

“I dind’t know that, so to me the first wild high voice I ever heard was Little Richard. It’s all from Gospel, it was just amazing. We were kids and it was such an influence. I remember the last day at school you were allowed to bring your guitar. So I kind like in the movies, stood on the desk and did ‘Long Tall Sally’.”

“Elvis, I think it was the biggest influence. I think all of us (In the Beatles) went off (Started to dislike what he did) Elvis after he joined the army because he was so magical before the army. He looked great, he just looked great, whenever you saw photos of him it was like ‘Who’s that?’ I think he was like one of the world’s greatest vocalists.”

“He was heck of a voice, I was a major, major fan. When we went into the army it all got sort of ‘Yes sir, sir, sir, okay sir’ and the songs went downhill, sort of ‘Hard Headed Woman’ stuff, the trombone solo, sorry love,” McCartney told Charlie Rose.

In a conversation with The Adam Buxton Podcast in 2019, Paul McCartney said that Elvis Presley was the second coolest person he ever met in his life, losing only to his wife, Nancy. “I have met Elvis Presley, who was darn cool. Because this was pre his Las Vegas and the rhinestone suit, this was just sort of Beverly Hills. So he was really cool.”

The meeting between Elvis and The Beatles members happened in 1965 in Los Angeles but no photos were taken.

Elvis’ ‘Heartbreak Hotel’ was one of the songs that Paul McCartney said in an interview with BBC Radio in 1984 that he would like to take to a desert island: “It takes me back to when I was first buying records. I remember being at school when this record came out.“

“Buddy Holly big influence on us all. Buddy Holly allowed John to wear glasses. John had these big thick horn glasses but he always had to take them off if girls were around. So it made it very difficult to sort of lead him on stage, it was like ‘which way are they?’, McCartney imitated Lennon. “So when Buddy Holly came along he was able to sort of wear them proudly. So Buddy was a big influence,” McCartney told Charlie Rose.

In an interview for the BBC film “The Real Buddy Holly Story” back in 1985 (Transcribed by Rock and Roll Garage), McCartney also praised the musician, saying: “I’ve always loved Buddy’s music, he’s been a big influence on me. You were looking at all the stars like Elvis and in England, Cliff Richard and stuff. They’re really good looking fellas, you know. Then Buddy came along and he is a fella with glasses and you never seen anyone with glasses.”

“It always seemed that anyone who wore glasses couldn’t make it as a singer, or at least they would have to take the glasses off and have contacts in, or something. But suddenly, the singer appeared (with the glasses) and we were getting ready to start The Beatles. I remember a sunday night at the Paladium, they used to have a big variety show and Buddy was on that once. That was the big occasion to watch his fingers to see what guitar he had, to see if he played the chords right, how he did that solo in ‘Peggy Sue'”.

“We used to write songs like Buddy. The very first songs that John I wrote we sag off school and go to my house sit down with guitars (Imitate Buddy Holly). From that we got ‘Love Me Do’, like the first two or three chords job. It all came out of this idea of three chords.”