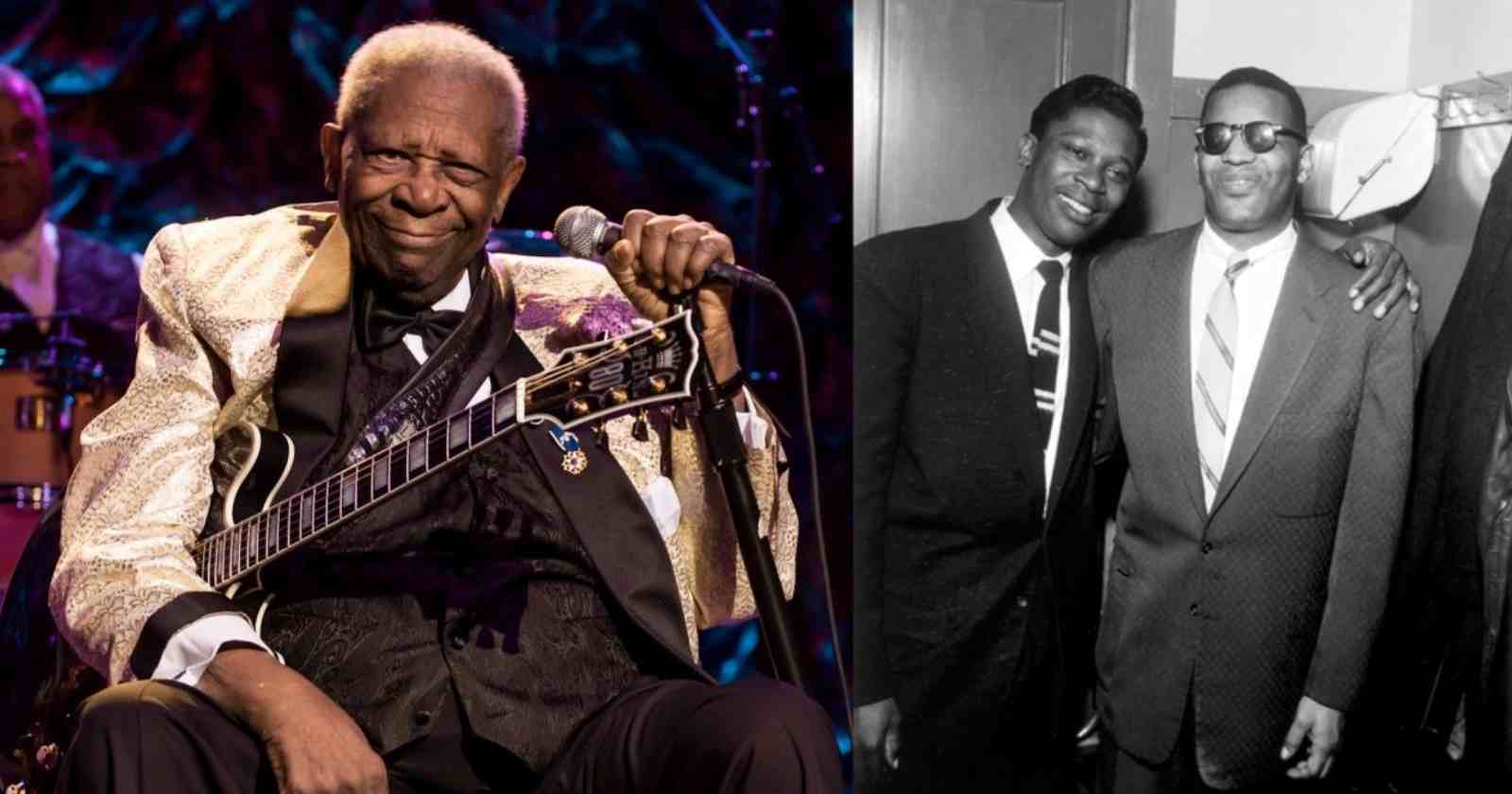 The 20 singers that BB King listed as the best of all time:

Some of his most famous songs are “You’re The First, The Last, My Everything”, “Can’t Get Enough Of Your Love, Babe” and “Let The Music Play”.

The American singer Gladys Knight was born in Atlanta, Georgia back in 1944. She is known for the hits she recorded during the 60s, 70s, and 80s with her group Gladys Knight & the Pips, which also included her brother Merald “Bubba” Knight and cousins William Guest and Edward Patten.

Some of her most famous songs are “Licence To Kill” (Theme song of the 1989 James Bond movie of the same name), “Since I Fell For You” and “Double Or Nothing”.

She won 3 Grammy Awards for “Best Traditional Blues Album” in 2004, “Lifetime Achievement Award” in 2003 and “Best Jazz Vocal Performance” back in 1994.

Born in Newark, New Jersey back in 1963, Whitey Houston is one of the most successful female singers of all time, with sales of over 200 million records worldwide.

Some of her most famous songs are “I Wanna Dance With Somebody (Who Loves Me), “Higher Love”, “I Will Always Love You” and “I Have Nothing”.

Born in Tuscaloosa, Alabama back in 1924, Dinah Washington was a singer and pianist that was one of the most popular recording artists of the 1950’s. Often called “The Queen of Blues”, she also recorded R&B and traditional Pop music.

One of the most important American musicians of all time, Ray Charles was often called by friends “Brother Ray”.

He pioneered the soul music genre back in the 50s with the combination of blues, jazz, rhythm and blues, and gospel styles into the music he recorded for Atlantic records. On the album “Genius Loves Company”, Ray Charles recorded the song “Sinner’s Prayer” with BB King.

Willie Nelson was one of the main figures of outlaw country, a subgenre of country music that developed in the late 1960s as a reaction to the conservative restrictions of the Nashville sound.

He has acted in over 30 films, co-authored several books, and has been involved in activism for the use of biofuels and the legalization of marijuana.

Bonnie Raitt is an American blues singer, guitarist, songwriter, and activist. During the 1970s, Raitt released a series of roots-influenced albums that incorporated elements of blues, rock, folk and country.

She was also a frequent session player and collaborator with other artists, including Warren Zevon, Little Feat, Jackson Browne, The Pointer Sisters, John Prine and Leon Russell.

Nat King Cole was an American singer, jazz pianist and actor born in Montgomery, Alabam back in 1919 had had many hit songs like “L-O-V-E”, “Unforgettable” and “Smile”.

He was nominated for the Grammy Awards seven times and won in 1990 his “Lifetime Achievement Award”. However he died long before that back in 1965 at the age of 45 victim of lung cancer.

Some of his most famous songs are “Never Too Much”, “Endless Love”, “Dance With My Father”, “I’d Rather” and “Always and Forever”.

Some of his most famous songs are “(What A) Wonderful World”, “Change Is Gonna Come”, “Bring It On Home to Me” and “Nothing Can Change This Love”.

Johnny Adams was an American Gospel, Jazz and Blues singer that also was known as “The Tan Canary” due to his multi-octave range.

His biggest hits were “Georgia Morning Dew”, “This Time I’m Gone For Good”, “Reconsider Me”, “(Oh Why) I Won’t Cry” and “Walking On a Tightrope”.

Some of his biggest hits are “Ain’t No Love In The Heart Of The City”, “I’ll Take Care Of You”, “Ain’t no Sunshine When She’s Gone” and “Driftin’ Blues”.

The oldest musician on the list, Lonnie Johnson was born in New Orleans, Lousiana back in 1899 and was a jazz singer, guitarist, violinist and songwriter. He was a pioneer of the genre and was the first to play an electrically amplified violin.

Among his most famous songs are “Some Day Baby”, “Looking For a Sweetie”, “Another Night To Cry”, “The Mooche” and “Tomorrow Night”.

His most famous songs are “Spoonful”, “Smokestack Lightin'”, “Killing Floor” and “How Many More Years”.

On the book “Moanin’ At Midnight“, BB King recalled how he met Howlin’ Wolf, saying “I first met him in 1949 at a place out from Memphis called Black Fish Lake. A guy called Willie Ford had a club there called the Top Hat and Wolf had been playing for him. I think Wolf had a death in his family, so he had to go back to where he lived at the time.”

“While he was gone, Willie Ford hired me to play in his place. So I was there for two weekends before Wolf came back. Willie Ford liked us both, so he didn’t want to fire either of us. But he couldn’t afford both of us, so he let us both play that night. Wolf played and I played after him.”

Also known as the “Queen of Jazz”, Ella Fitzgerald was born in Newport News, Virginia back in 1917 and recorded hits like “Dream A Little Dream of Me”, “Summertime”, “They Can’t Take That Away From Me”.

She won the Grammy Awards 13 times. The legendary singer holds the distinction of being the female artist with the most recordings (9) in the Grammy Hall Of Fame.

Sarah Vaughan was an American Jazz singer known for songs like “Misty”, “Broken Hearted Melody” and “Lullaby Of Birdland”. She also won the Grammy “Lifetime Achievement Award” back in 1989.

Born in New York City back in 1925, Sammy Davis Jr. was an American singer, dancer and actor. He had hits like “Something’s Gotta Give”, “All Of You” and “We Open In Venice”.

Back in 2001 he won the Lifetime Achievement Grammy Award. But he unfortunately died 21 years before at the age of 64 victim of complications from throat cancer.