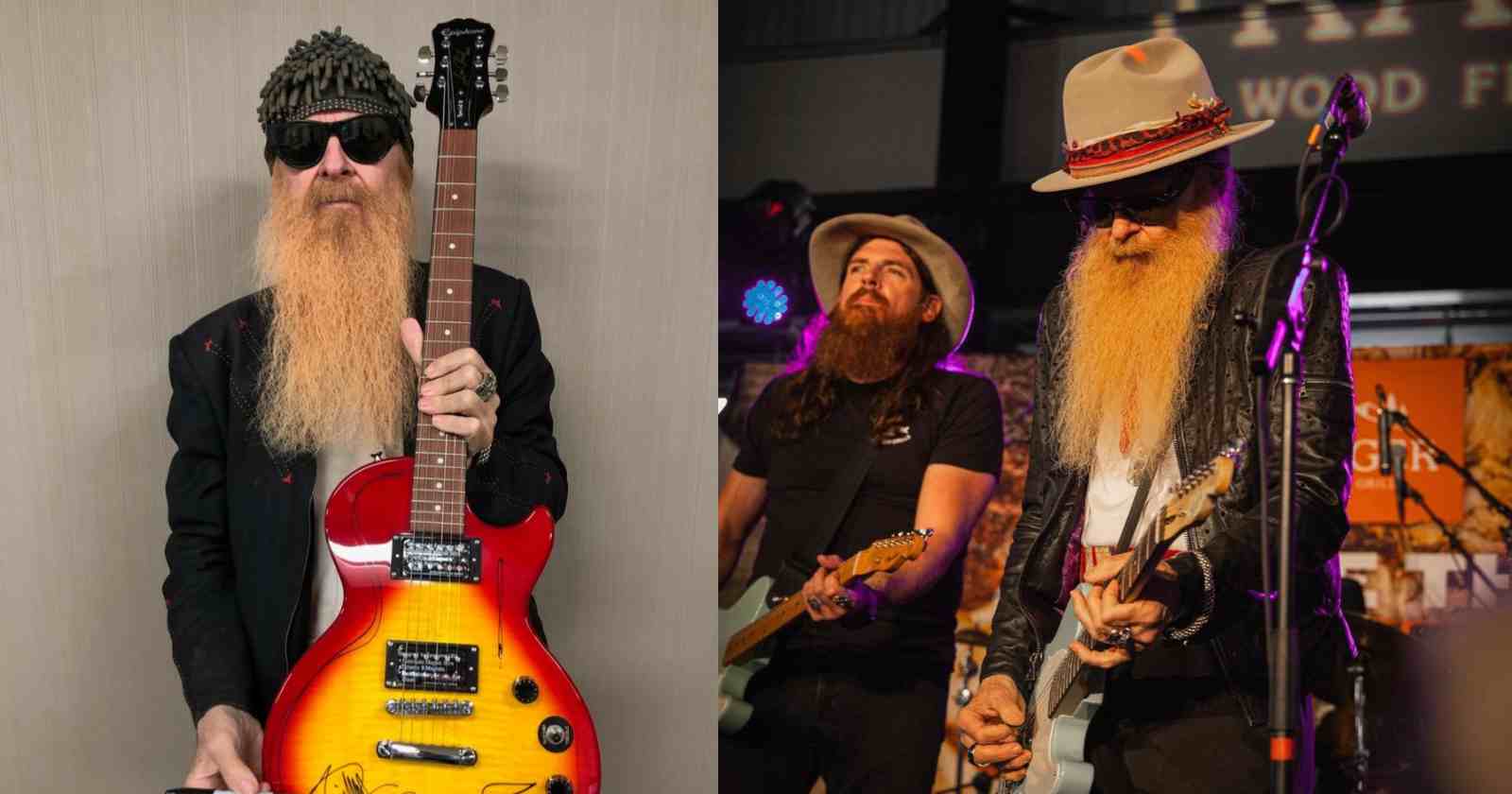 Born in Houston, Texas back in 1949, the ZZ Top guitarist and vocalist Billy Gibbons had the opportunity to meet and play with some of the most praised musicians of all time during his career. Talking with Eddie Trunk back in 2017, he picked two younger guitarists that he likes and Rock and Roll Garage selected what the musician said about them over the years and his connection with some of them.

The 2 younger guitarists that Billy Gibbons listed as good ones

“Tim Montana, another guy. He knows which end of the guitar is up. In fact, his new song ‘Hillbilly Rich’, he worked a bit with Kid Rock on some of that stuff,” Billy Gibbons told Eddie Trunk.

The only musician Gibbons named that wasn’t born in Texas, Tim Montana was born in Kalispell, Montana back in 1985. He is often recalled for the single “This Beard Came Here To Party”, that was co-written by the ZZ Top frontman. The track was adopted by the Boston Red Sox as the theme song of their 2013 post-season run.

Talking with Sweetwater back in 2020, he talked about the song, saying (Transcribed by Rock and Roll Garage): “Well, baseball fans will certainly remember the turn of events that brought the Red Sox into the land of chin whiskers. They had not seen a winning world series pennant for so many years. They were bound and determined to make this particular season a stab at bringing home the bacon. Each player decided to quit shaving until the end of the season.”

“They were not gonna shave until they won the pennant. I think a few of the players, they probably got a little itchy and they said: ‘We better win. This is getting a little scractchy’. But at the same time I was travelling through Nashville. I met up with Tim, he was in the recording studio with his band Tim Montana and the Shrednecks.”

The musician continued saying that they decided to try to record a song together. Montana had already written a good part of the track and they worked on it. “Later that night we ran into a guy that was actually travelling from Nashville to Boston. He heard about the song and he said ‘Do you mind if I just play it for the team? It might give them a little morale booster’, which it did. They liked so much that it became their theme song for the season,” Billy Gibbons said. The Boston Red Sox ended up achieving their goals that year.

Born in Austin, Texas back in 1984, one year after ZZ Top’s best-selling album “Eliminator” was released, Gary Clark Jr. became during the last decade one of the most praised younger Blues guitarists in music. He had already shared the stage with Eric Clapton, Tom Petty, B.B King and The Rolling Stones. About Gary Clark. Jr, Gibbons only told Trunk that he was an artist that was “coming off strong”.

He shared the stage with Billy Gibbons and many other praised musicians back in 2018 at the Love Rocks NYC, playing the classic Stevie Ray Vaughan song “Pride & Joy”.

“I’m grateful for that caller to mention Jimmie Vaughan, another great friend. He goes back into that Texas blues thing waaay deep,” Billy Gibbons told Eddie Trunk about the guitarist that is two years younger than him. Another praised Texan guitarist, Vaughan is also known for being the older brother of the late legendary guitarist Stevie Ray Vaughan. He is a good friend of Gibbons and they have performed together many times over the decades.

Vaughan knows Gibbons since the age of 14 as he told Goldmine Magazine back in 2020. “When I was in the Chessman, before I ever moved to Austin, we used to come down here to play fraternity partie. We would play in Houston in a club called the Catacombs in the sixties.”

“One time we played on a double bill. We were on the same stage, the Moving Sidewalks with Billy Gibbons and [my early band] Texas with Jimmie Vaughan. We were like battling it out,” Jimmie Vaughan said.