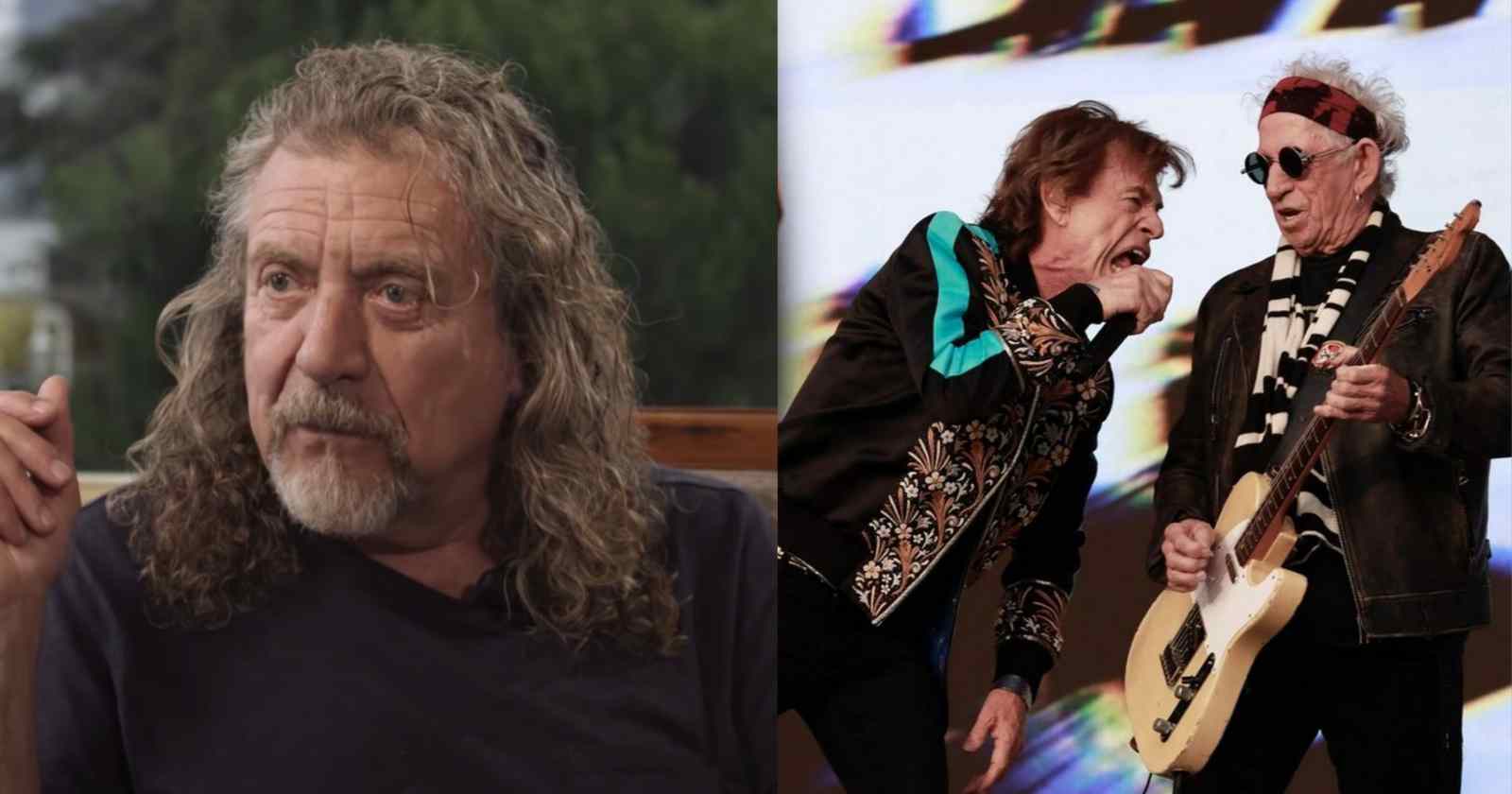 By the time Robert Plant achieved fame as the vocalist of Led Zeppelin, The Rolling Stones already were famous worldwide and one of the most influential bands from the 60s. Over the years the band led by Mick Jagger and Keith Richards was praised by many legendary musicians, including Plant. Rock and Roll Garage selected the two songs that the Led Zeppelin frontman listed as some of his favorites of all time and explained why he likes them.

The 2 Rolling Stones songs that Robert Plant chose as favorites

As a guest on the BBC Radio 6 show “6 Music’s Festive Takeover” back in 2021 (Transcribed by Rock and Roll Garage), Robert Plant listed some of his favorite songs of all time and one of them was The Rolling Stones “Street Fighting Man”.

“There is so much to be said about this band. (Also) about the politic of the time in the late 60s, early 70s and how great that The Rolling Stones‘ Jagger and Richards were putting together songs that were really quite vital absolutely and are in many ways timeless.”

“This track ‘Street Fighting Man’ from ‘Beggars Banquet’ is just incredible. And of course, many stations banned the record because they said it was subversive. There is a great comment from the band that said: ‘of course it’s subversive. It’s stupid to think that you can start a revolution with a record, I wish you could’”, Robert Plant said.

Released by the Stones on their 1968 album “Beggars Banquet”, “Street Fighting Man” is one of their most famous songs. At the time the group had Mick Jagger (Vocals), Keith Richards (Guitar), Brian Jones (Guitar), Bill Wyman (Bass) and Charlie Watts (Drums).

In an interview BBC Radio show Tracks Of My Years in 2021 (Transcribed by Rock and Roll Garage), Plant also talked about some of his favorite tracks of all time and one of them was the version The Rolling Stones did for the famous Chuck Berry song “Come On”. The song was released by the British group as a single in 1963, only two years after the original release.

“You probably may have realized it in my early history as a singer and recording artist, the adventures that I’ve had in the music game. I was really drawn and obsessed by the music of Chicago, Mississippi and the Delta Blues. (So) I think on the English music scene, one of the main forerunners and purveyors for bringing this music to us as early teenage kids were the Rolling Stones. I do believe this was their first single, if I remember right. I bought it on the blue Decca label. It’s a cover of Chuck Berry‘s ‘Come On’. It was the beginning of their great career, promoting or perhaps giving us inspiration for Country Blues and City Blues of North American.”

“I was obviously, always on the Black Countryside. So I didn’t really know about the London scene too much. I did actually see the Stones on a tour (when) the Everly Brothers had the record a ‘Walk Right Back’. They did a theatre tour with Bo Diddley and Little Richard. It was the Rolling Stones first ever package tour, if you like. So it was really an eye-opener. We were all leaning towards that music. But nobody really had it down. I think in those days, The Stones were bringing the stone down the mountain. So that was really special,” Robert Plant said.