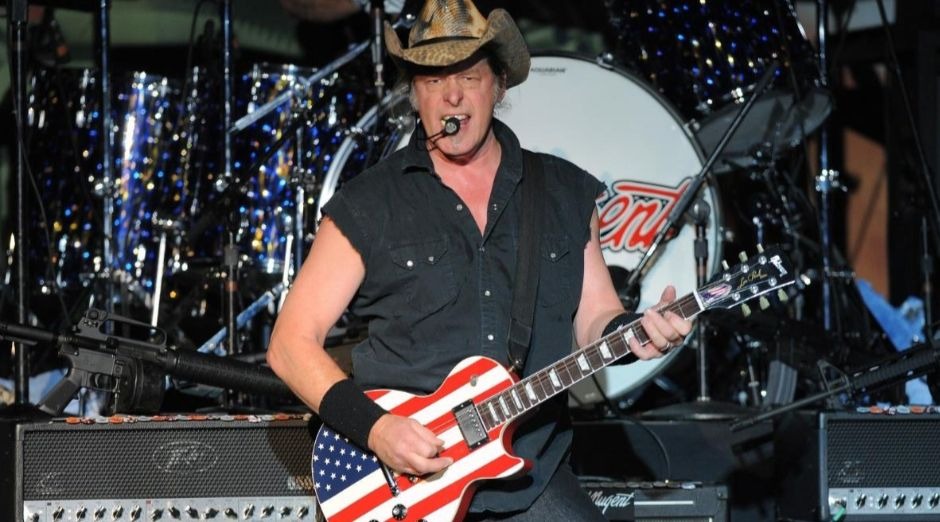 American guitarist Ted Nugent revealed that he would like to tour around the world again, but he thinks it would be harder now due to his age. The 71 year-old musician talked about the matter on the podcast “Behind The Vinyl“.

Ted Nugent said about touring around the world:

“I wanna tour around the globe. I miss England and Europe. I’ve never been to Australia. I miss touring around the world, but a good man knows his limitations. I’ve gotta tell ya, it would be a miracle if I ever tour other than the United States ever again. There’s a good chance of Canadian dates, ’cause it’s nearby, but I just don’t have the energy or capabilities of that damn flight. It beats the shit out of me.”

“I went to Okinawa to play for the marines, and it took me three or four weeks to get really healthy again… I think it’s just age. That long flight — I can’t sleep on an airplane. The first thing to go to terrorize your immune system and your health is lack of sleep. So, again, I know what my limits are, and I’m not taking any drugs to mitigate those conditions. I’d rather just eat back straps.

“So I think if somebody wants to hear the greatest killer music in the world, they have to come to the United States and watch me and Greg [Smith, bass] have the time of our lives. It’s very, very, very celebratory.”

The musician also said he is working in an new album:

“I’m about to make some new music,” he said. “I have unleashed new songs that are just insane wonderful, and I’m gonna go in the studio here at some point — maybe after the pandemic — and capture these new songs. And they are stone-cold motherfuckers.”

“I’ve got a new song called ‘Just Leave Me Alone’… I’ve got a new song with another guitar lick that is like ‘Just What The Doctor Ordered’ meets ‘Stormtroopin” meets… I don’t know… meets ‘Long Tall Sally’. My life comes out in guitar patterns that are excitable, and the Chuck Berry, Little Richard fan demands that I create, and I do on a daily basis. It’s really unbelievable.”