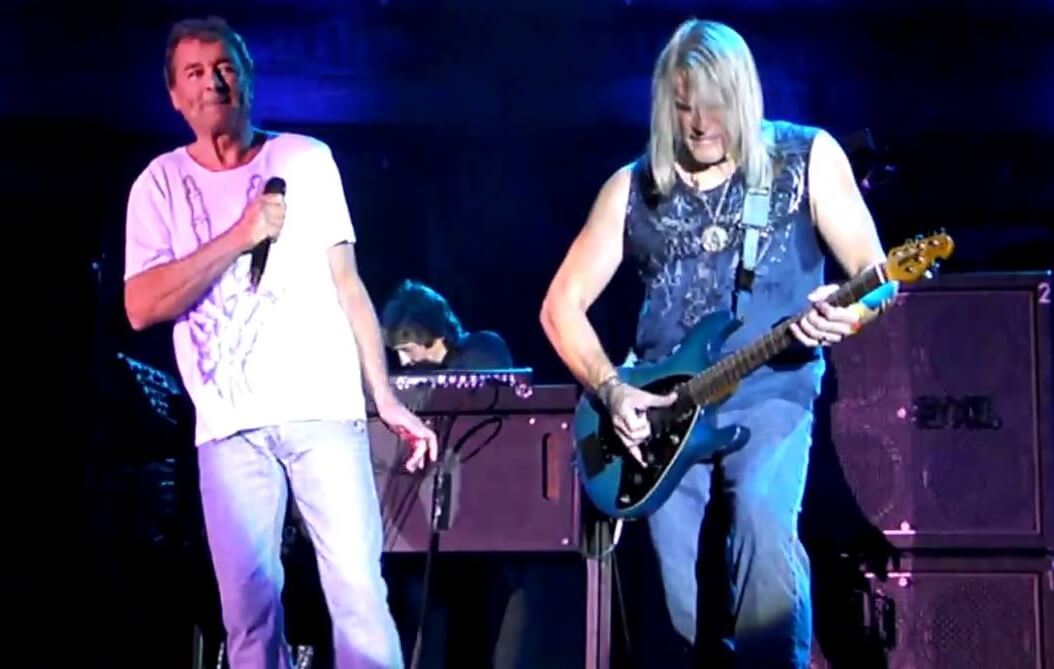 Deep Purple guitarist Steve Morse joined the band back in 1994 after Ritchie Blackmore decided to leave. Morse recalled in an interview Classic Rock magazine how hard the first year was for him, since the fans didn’t like it when he took over the band’s classic guitarist place.

Steve Morse talks about the pressure of replacing Ritchie Blackmore in Deep Purple:

How do you actually go about getting a job in Deep Purple? What’s the interview process like?

What state did you think the band were in when you joined?

“I think the press certainly was kind of embarrassed that there were these guys over the age of twenty still playing rock’n’roll. I witnessed this alienation in their home country, and I didn’t like it.”

Have you spoken to Ritchie Blackmore since you joined?

“Never. I’ve never met him. I’ve listened to the stuff he’s done with his wife, the acoustic stuff. Which I like.”

As a Purple fan, would you want to see every surviving Purple member on stage together one last time? Not just Ritchie, but also David Coverdale, Glenn Hughes, Nick Simper, Joe Satriani…

“Oh, if they could do a reunion or a gig or a party or a special event, and have it not be stressful, that would be wonderful. The time we did the Rock And Roll Hall Of Fame thing, the mediator part of me came out. I was, like: “I wish you guys could just do something and hug each other and deal with it for a day. I want you guys to have closure in a good way.” I really wish that for the guys.”

Do you see it happening?

“Unfortunately, no. I think the only way that would happen would be if somebody died.”