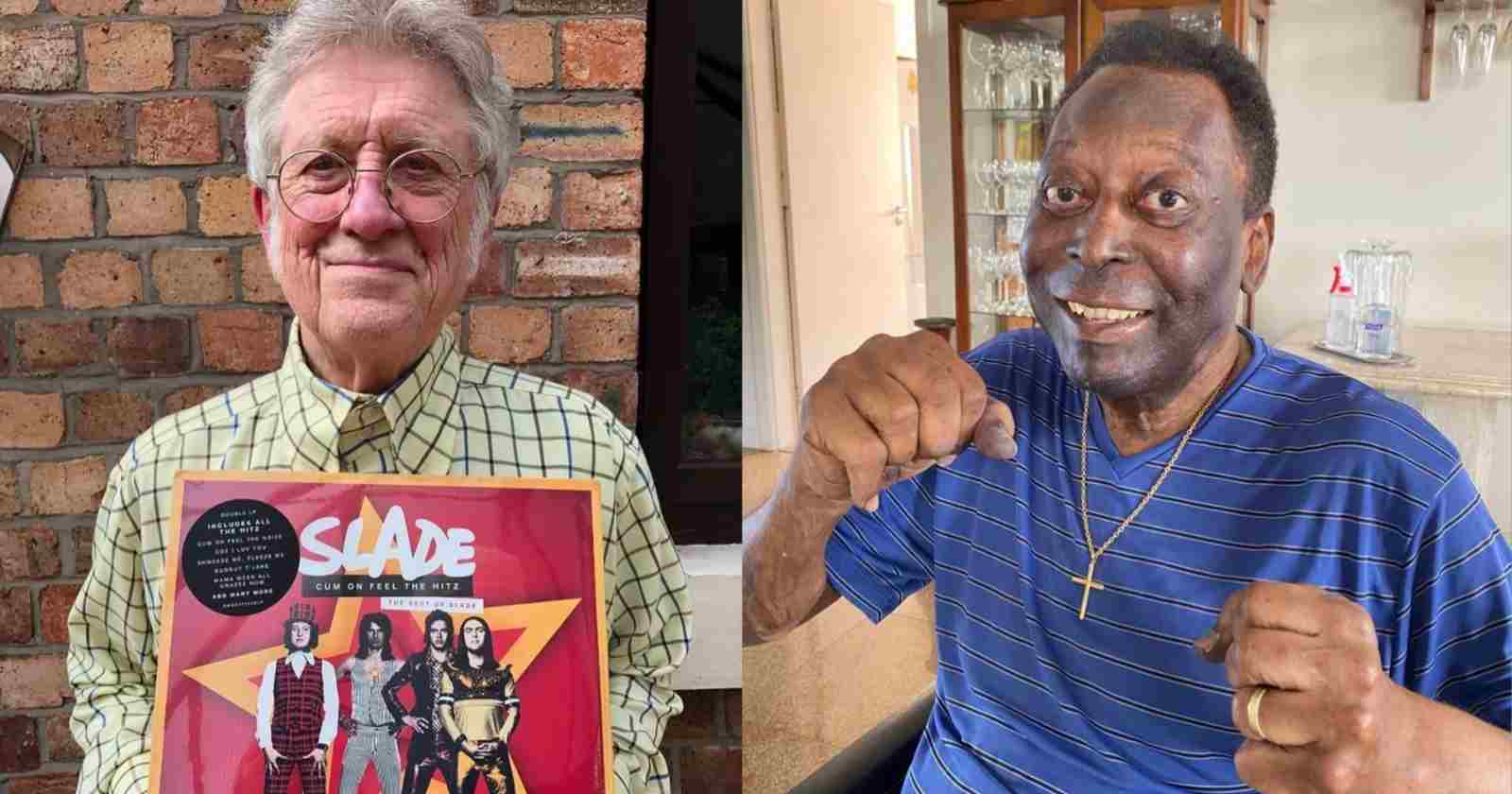 The legendary Slade singer and guitarist Noddy Holder recalled in an interview with BBC’s Mark Radcliffe (Transcribed by Rock and Roll Garage) when he met in New York back in 1975, only minutes apart, the legendary Brazilian football player Pelé and the also legendary American boxer Muhammad Ali in the hotel he was in.

Formed in Wolverhampton back in 1966, Slade achieved fame during the Glam Rock era in the early 70s and had 17 consecutive top 20 hits and six number one songs on the UK Singles Chart. They sold more than 50 millions albums worldwide and their best selling single is “Merry Xmas Everybody”.

“I was in the lobby of this big hotel in New York (In the morning) waiting for a car to come and collect me. There was this massive entourage coming through the doors. This big kerfuffle going on in the lobby and all the Americans were really screaming and shouting. Right in the middle of this entourage was Muhammed Ali and everybody was racing over to him. This would be about 1975, something like that. Big powerful man, he looked like man mountain. He was bigger than all his bodyguards around him and they were big guys.”

“Everybody was going and shaking his hand and I thought ‘I can’t miss out on this one’. So I went over and shook his hand. I get in the lift and I’m standing there and there is this guy standing in the corner lift and I’m thinking ‘I know his face, I know his face’. It was Pelé! At that time he was playing for New York Cosmos and we had a chat going up in the lift. I said ‘Oh, you given me some great football memories’ and I said ‘I’m in a band called Slade’. He said ‘I know who you are, you are Noddy Holder from Slade!’ Because we were big in South America at the time. We sold a lot of records. So I met Muhammad Ali and Pelé on the same day,” Noddy Holder said.

In the same interview the musician also recalled meeting the famous actress and singer Liza Minelli. “I’ve met Liza Minelli and she is in my favorite movie of all time ‘Cabaret’. I met her in some charity bash. She was telling me how all her legs were played out now because of all the dancing she was doing over the years. I’ve met a lot of strange people over my life. I get go off in tangents of all sorts of to places and getting invited to do all sort of things. You do bump into these people and my missus says I’m the only person she knows that (Is not) scared to go into a room of people I’ve never met before, even if I’m own my own. I go and start chatting right away to anybody I bump into,” Noddy Holder said.