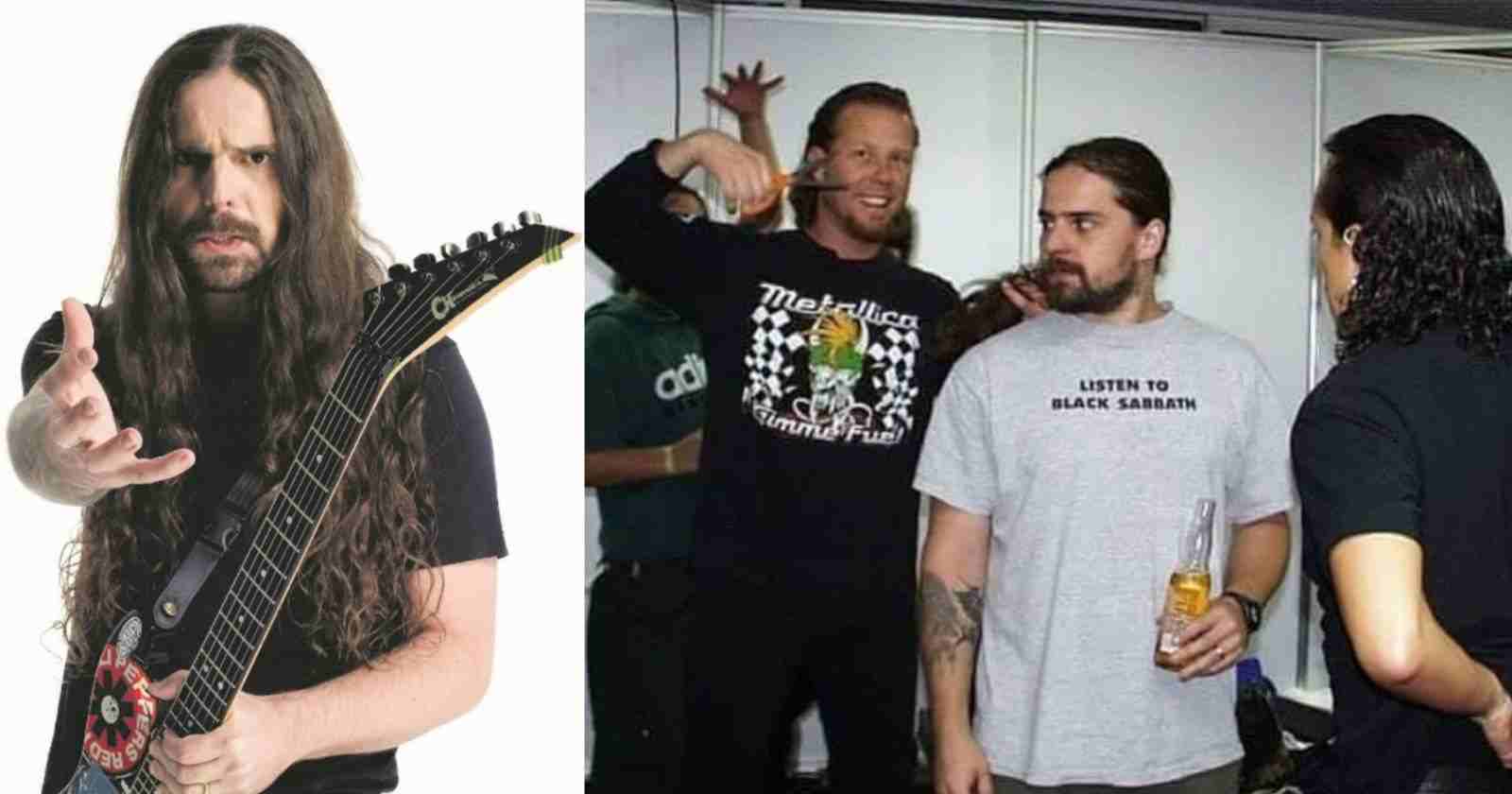 Sepultura guitarist Andreas Kisser almost replaced Metallica frontman James Hetfield temporarily back in 1992. The Brazilian musician recalled in an interview with Alive & Streaming the experience of auditioning for the Thrash Metal band.

“What a privilege, man. Phil Rind from Sacred Reich, very good friends from Jason Newsted. And me and Phil Rind, of course, were good friends – Sacred Reich and Sepultura were touring together during ‘Arise’ – and we love Metallica.

“Me and Phil, we always loved Metallica. I remember we were the only ones, maybe, that were defending the ‘Black Album’ when it came out… The more ‘thrashy’ people went, ‘Ah, Metallica sold out.’ Whatever. And me and Phil were always defending Metallica.

“I love to play covers. That’s how I learned how to play guitar, electric guitar, with the power chords and leads and stuff. And Metallica is one of my best features, let’s say, especially to play the right hand, the thrash metal. 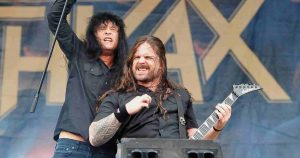 “Phil Rind knew that I could play a lot of Metallica, but to play with Metallica is something else. [Laughs] It was, like, the pressure… And it’s so different, of course.

“You go with your friends in your practice room and you play ‘Seek & Destroy’ – yeah, it’s fine. And then you go there and you see Lars [Ulrich, drums], ‘Alright. No ‘Seek & Destroy.’ Let’s play ‘The Shortest Straw.” [Laughs]

“Then we did it. I mean, ‘The Shortest Straw,’ ‘One,’ ‘Nothing Else Matters,’ ‘Enter Sandman’… Oh, man. It gives me goosebumps only to remember. And I was so welcomed there. Jason Newsted, of course, called me. ‘Hey, we are in Denver, Colorado. We have the setup here at the arena. And we are trying out everyone – Metallica cover bands and friends and everything,’ which I thought was fantastic.

“Metallica is huge because they are huge in every respect – their attitude. They really looked for every type of possibility. Even myself, a guitar player from Brazil. I took the plane by myself with my Charvel guitar. I went to Colorado. There was a limousine waiting for me with my name, and then I went straight to the arena to the practice room.

“The first one I saw was Kirk Hammett: ‘Hey, you came from Brazil. Are you all right, man?’ [Laughs] And then I was listening to some guys playing, and I was next. I came in, and I played so calm.

“It was so weird. Because they really let me feel at home. And I played ‘Enter Sandman,’ I think, was the first one. And it was perfect. Even the crew people said, ‘Wow! We were listening from outside. We felt that the band was doing the practice.’

“And then I stayed for the final, for the next day. It was me and John Marshall [Metal Church guitarist and onetime Metallica roadie who already filled in for James in the past] only, which I felt was a big victory for me, even though I didn’t get the job.

“But the songs from the ‘Black Album’ were still very new for me. ‘The Unforgiven,’ a lot of details that I didn’t know how to perform and stuff. And John Marshall was ready – an American, and they’re all friends and stuff.

“But they actually had a meeting after the rehearsals. So it was really close – it was really, really close that I didn’t get the possibility to tour with them and Guns N’ Roses. And Faith No More was opening; the tour was amazing. But it was one of the best experiences of my life. And still, nowadays, we’re friends. It’s fantastic.”