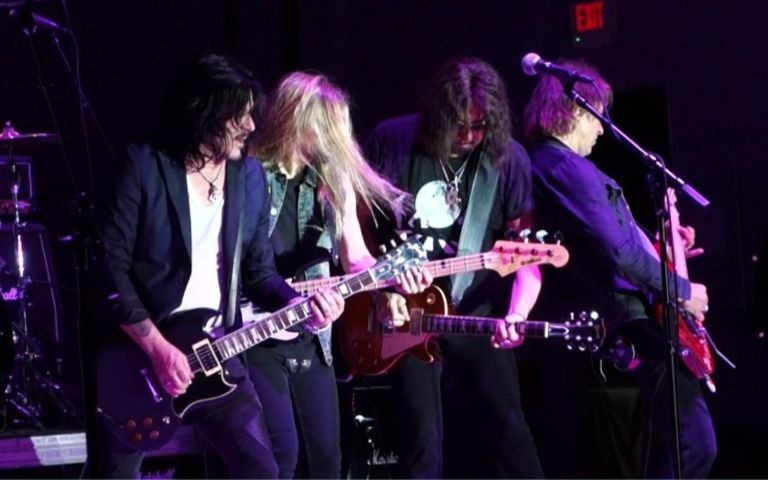 Watch videos of the concert below:

The group was originally formed by Matt Sorum in 2012 and was called Rock N’ Roll All Stars and has a rotating lineup of members. Their recorded just one song until now in 2012, the song “Never Before”, for the tribute Deep Purple Album.

He invented the persona of The Spaceman (a.k.a. Space Ace) and played with the group from its inception in 1973 until his departure in 1982. After leaving Kiss, Frehley embarked on a solo career, which was put on hold when he rejoined Kiss in 1996 for a highly successful reunion tour.

Frehley’s second tenure with Kiss lasted until 2002, when he left at the conclusion of what was originally purported to be the band’s Farewell Tour. His most recent solo album, Spaceman, was released on October 19, 2018.

B.B. King iconic guitar, Lucille will be auctioned for up to $ 100,000
Brian Wilson is well again and will be back on tour
Advertisement
To Top