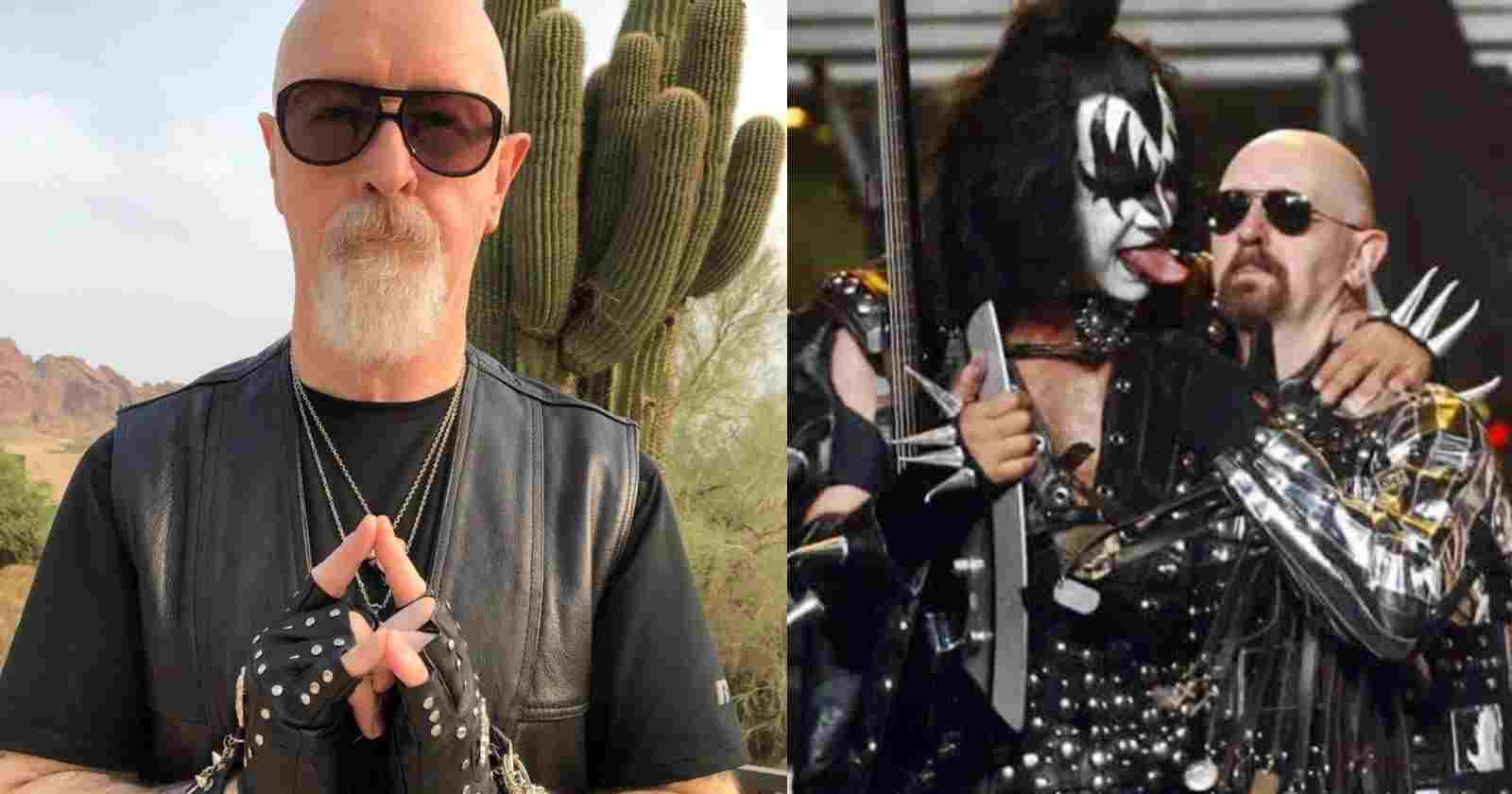 Judas Priest singer Rob Halford revealed in an interview with French Connection that the best advice he received was from Gene Simmons. The musician recalled what the Kiss bassist and singer told him when the bands were touring together in the 70’s.

Rob Halford reveals the best advice he received was from Gene Simmons:

“Oooh, dear. Oh. I don’t know. Here’s one that might sound a bit superfluous. We have a great friendship with Gene [Simmons] and Paul [Stanley] from KISS. And PRIEST were out on this big tour — we were invited to open up for KISS. I was just talking to Gene about the music business, and he goes, ‘Let me just say this: It doesn’t matter what they say about you, as long as they’ve got your picture and they spell your name right.’ There you go. That says a lot.”

“Especially in music, there are so many opinions, and there are so many different points of view, it’s out of your control,” Halford continued. “And you really have to figure things out, because the way that some of the negativity can intrude into your own personal life — ‘You suck’; ‘I hope you die of cancer’; all this horrible stuff — you’ve gotta learn how to deal with that. You see it particularly in popular music with younger people.”

“When young people get famous quickly, how can they handle it? You need experience. You need wisdom. And so that simply message from Gene, I still remember it: ‘It doesn’t matter what they say about you, as long as you get your picture in and they spell your name right.’ And that has some validity.”