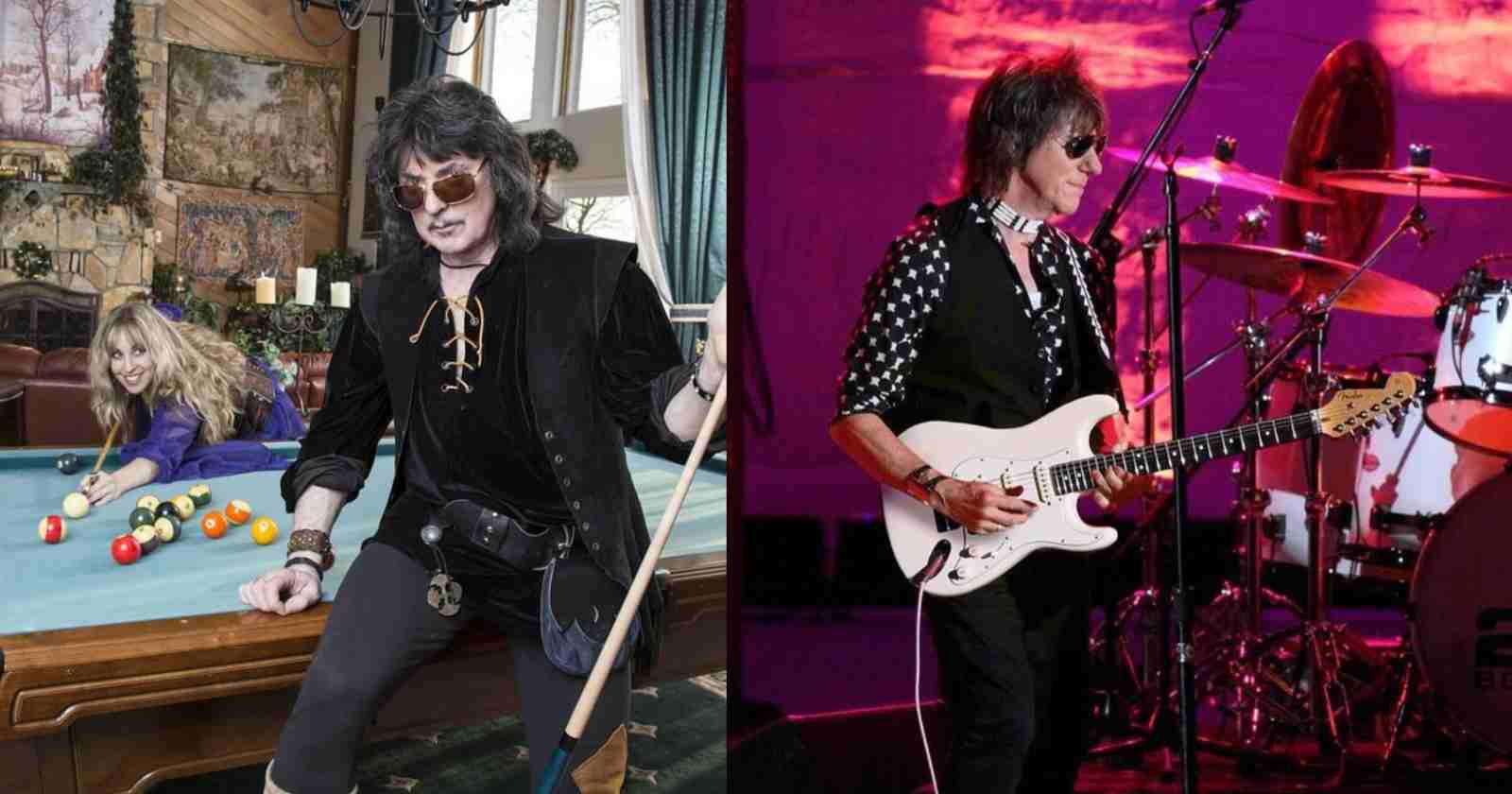 The legendary guitarist Ritchie Blackmore (Rainbow and ex-Deep Purple) recalled in an interview with SiriusXM’s Guitar Greats (Transcribed by Guitar) how Jeff Beck reacted when Jimi Hendrix appeared and revolutionized the way that the electric guitar was played.

“When (Hendrix) came to England, Jeff Beck came up to me and said ‘Ritchie, we’ve got to do something about this guy.’ And I said ‘who are you talking about?’ He said ‘Jimi Hendrix, he’s killing everybody over here. He’s upsetting everybody!'”

“I’m like ‘well Jeff if you can’t do it, nobody else is going to do it’ because I always thought of Jeff as being the best rock player.”

“I followed him (Hendrix) because I thought the way he used riffs (and surrounded songs) in a riff. It had magical moments. Brilliant guitar player and he also looked like he was from the moon. Really in a way he didn’t have to play the guitar, because he looked so strange and different to the typical English musician. It worked. I’m so glad it did. Unfortunately it only worked for three years. But he certainly set the world alight.”

Jimi Hendrix died too soon at the age of 27 back in 1970 and released only 4 albums, three with The Jimi Hendrix Experience and one with the Band Of Gypsys.

“I only met him once. It was in the Whiskey in Hollywood. I was going into the toilet and he was playing with his hair or something. I mean I always thought of Jimi Hendrix as the ‘Wild Man Of Borneo’ and there he is – fixing his hair in the mirror.”

“That was the only time I met him and we kind of nodded to each other and that was it. So I never really got to know him. Yet he certainly set the world on fire.”

Since his departure from Deep Purple in 1993, Blackmore has been recording and touring with Blackmore’s Night, traditional folk rock band formed with his wife and singer Candice Night. In 2016 he revived Rainbow for a series of concerts with a complete new line-up but the band didn’t played live after that year anymore.