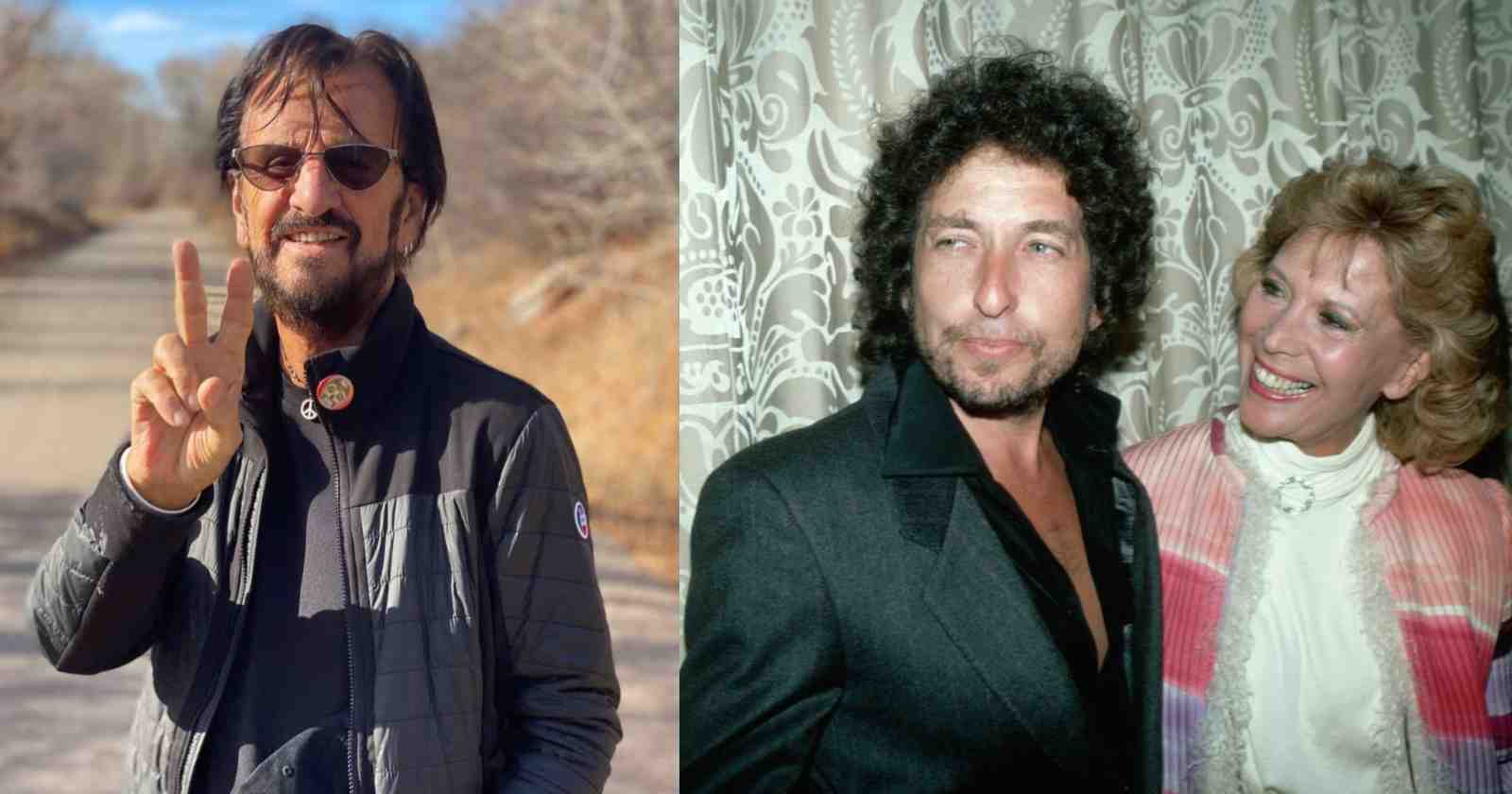 Bob Dylan started his career as a musician in 1961 and over the decades he became one of the most influential artists of all time. His songwriting showed artists all over the world that they could write about anything and not just love songs. One of the bands inspired by Dylan’s approach was The Beatles, that started writing love ballads and then evolved writing about other subjects.

Over the decades many famous artists gave their opinion on Bob Dylan and one of them is the legendary Beatles drummer Ringo Starr, who also revealed his favorite song of the American Folk-Rock legend.

Talking with ABC back in 2009, Ringo Starr listed some of his favorites songs of all time and one of them was from Bob Dylan. “You just got to love Bob. My old-time favorite lately is ‘When the Deal Goes Down,’ and it’s just a beautiful love song. … It’s this beautiful love song, he’s very romantic in a lot of songs, everyone listens to his wacky dream stuff, which is great. He moves me on that record.

“That’s why I like it. If it moves me, it’s the sentiment of the record and how he says it. But no one else can say it like that. … We met him in the ’60s in New York. We just sort of bumped into him ever since. He’s just an incredible artist that is well-placed in the musical history of American music and world music, so I put Bob down because of all of that. You couldn’t do a list without mentioning Bob,” Ringo Starr said.

“When The Deal Goes Down” was featured on Bob Dylan’s 2006 album “Modern Times”.

Ringo Starr had the opportunity to record with Dylan and played in the song “Heart Of Mine” alongside The Rolling Stones guitarist Ronnie Wood. That track was part of Dylan’s 1981 album “Shot Of Love”. Dylan also played harmonica and sang a couple of lines in the song “Wish I Knew Now (What I Knew Then)” recorded in 1987 but never officially released because Starr didn’t like the result.

They also shared the stage many times over the decades, like in The Band’s final concert, famously recorded by Martin Scorsese and released as “The Last Waltz” (1978) and at the Rock and Roll Hall Of Fame ceremony in 1988.

As The Beatles drummer recalled in an interview with Howard Stern in 2018, he went to see Dylan in concert many times over the years. One of them happened that year at New York’s Beacon Theather. “He was great. I’ve seen Bob 100 times and you get what you get, and you still love it.”

“I saw Bob in the ‘60s when he first came (To England), and he played the Albert Hall … A lot of people in sweaters stood up screaming at him, ‘Traitor! Traitor!’ because he’d gone a bit rock,” Ringo Starr said.

Curiously, according to the book “Many Years From Now” by Barry Miles, Paul McCartney once told the story that the influence that Bob Dylan’s music had in The Beatles was so big that Starr once thought he had written his greatest song but then realized he had just re-written a Bob Dylan track.

“I was always pretty keen not to repeat other people’s tunes, because it’s very easy to do when you write. Ringo’s got a funny story of the most brilliant song he ever wrote. He spent three hours writing a very famous Bob Dylan song. We all fell about and laughed. That can happen. You say, ‘This is so great,’ and someone says, ‘Yeah, it’s number one at the moment.’ ‘Ah, that’s where I heard it,’” Paul McCartney said.

Dylan was with The Beatles when they first tried pot

As Ringo recalled in a conversation with Conan O’Brien in 2012 (Transcribed by Rock and Roll Garage), Bob Dylan was with The Beatles members when they first tried pot. “He didn’t actually give us it, he was in the room. No (He was not the supplier). Bob Dylan your dealer (laughs).”

“No, Bob was in the room in the hotel when was arranged that someone else would bring some stuff. We were high and we laughed our asses off. I went first, the drummers always go first (laughs). We had a suite, a living room and in the bedroom was where was happening in those days. It was against the law then, not like now,” Ringo Starr said.