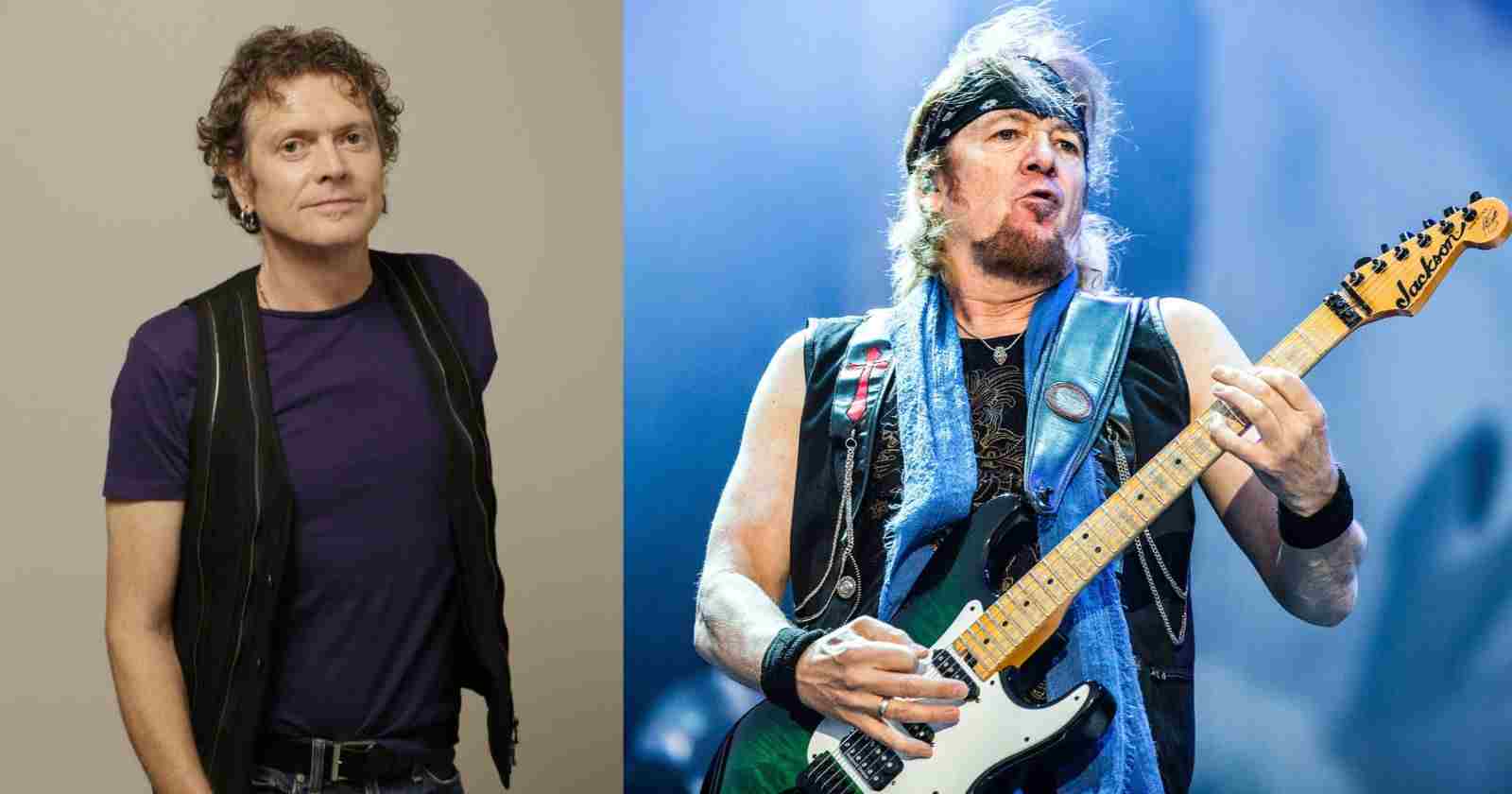 Def Leppard drummer Rick Allen said in an interview with EonMusic that Iron Maiden guitarist Adrian Smith almost joined Def Leppard in the 90’s after he left the Heavy Metal band. The invitation was made for Smith after the death of the guitarist Steve Clark.

“I actually really loved the idea (Having Adrian Smith), I mean, there was a kid called Huwey Lucas that was a contender – there was John Sykes, there were all these people kind of lined up. I loved the idea. It’s interesting, you put somebody in a slightly different situation and new things are revealed about them, and it was cool. It was a compliment that he was so into it. But I think ultimately, I think Vivian was the absolutely perfect choice.”

Last year Adrian Smith confirmed this story but didn’t comment much more saying many things happened at the time and that he probably should write a book about it.

Smith grew up in London and became interested in rock music at 15. He soon formed a friendship with future Iron Maiden guitarist Dave Murray, who inspired him to take up the guitar. After leaving school at 16, he formed a band called Urchin, which he led until their demise in 1980. He joined Iron Maiden in November 1980, replacing Dennis Stratton. Following a short-lived solo project called ASAP, he left Iron Maiden in 1990 and, after a year-long hiatus, formed the band The Untouchables, which later became Psycho Motel.

In 1997, Psycho Motel was put on hold when Smith joined the band of former Iron Maiden singer Bruce Dickinson. Smith and Dickinson would both return to Iron Maiden in 1999, after which the band gained new success. During his second tenure with Iron Maiden, Smith has also led the side projects Primal Rock Rebellion and Smith/Kotzen.