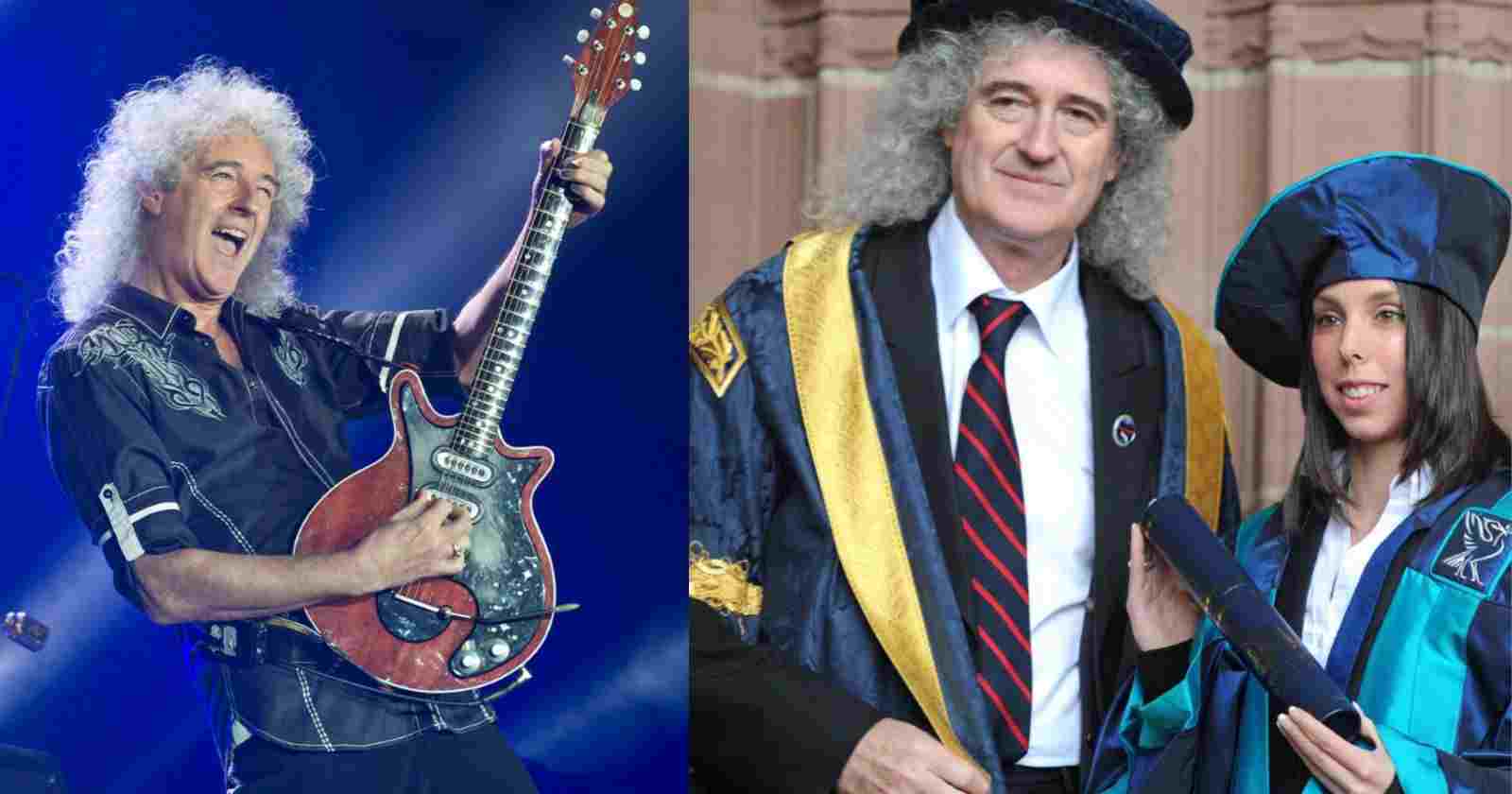 Queen guitarist Brian May talked in an interview with Kevin O’Sullivan Show about his doctorate in astrophysics and how hard it was to go back to the thesis 30 years later.

Queen’s Brian May talks about his doctorate in astrophysics:

You were at Imperial College studying astrophysics, along came a little band that distracted you for a while, but was it always in the back of your mind, ‘I must finish that doctorate sometime?’

“You know, it was – in a way, it was unfinished business. I always had a passion for astronomy right alongside the passion for music. There was always that kind of yearning feeling, ‘Wouldn’t it be nice…'”

“But I thought it was impossible, to be honest. It was Patrick Moore, my wonderful mentor, and kind of a surrogate uncle, who kind of persuaded me. He said, ‘Oh, Brian, you can do it,’ and I said, ‘Patrick, I can’t. My brain’s gone. I’ve been playing music; my brain is in a different place.’ He said, ‘No – you can do it, you can go back there.’ I started talking about it in an interview on the radio.”

“I got a call from the head of Astrophysics at the Imperial College, the new professor of Astrophysics, Professor Michael Rowan-Robinson. He said, ‘If you’re serious about this, you can come back here and I will be your supervisor and you can finish your Ph.D.'”

“It was so hard, you know? Three distinct times I thought to myself, ‘I have to give up, I cannot do this.’ I think that’s the nature of PhDs. They have to make it hard for you.  Of course, I was very visible. So my supervisor couldn’t make it easy for me. Because everyone would have attacked him and said, ‘He made it easy because he’s a rockstar’.”

“So it was really tough. I gave up a year of my life totally to doing it. And I gave up everything. All I could do was focus on this Ph.D. thesis, which I resurrected from 30 years ago,” Brian May said.

“Zodiacal dust is basically the dust from which the solar system forms. And it’s continually created and sucked into the sun, so it’s continually replenished. But in the days when I started, not much was known about it. There was a bit of research done, and what I did was look for the motions of the dust to figure out which way it was rotating and where it was coming from, etcetera, etcetera.”

“So 30 years later, it’s been really not that much talked about, but suddenly we’re discovering exoplanets, exosolar systems, solar systems, planets revolving around other suns, other stars, and suddenly it’s realized that all these solar systems have their own Zodiacal dust clouds.”

“And how can we study those dust clouds? Well, let’s go and study our own one, it’s right on our doorstep. So suddenly my subject became kind of – not exactly trendy but it became definitely of interest, and a sort of a hot subject, so I was very lucky,” Brian May said.

Maybe in years to come, you will not be remembered as the amazing Queen guitarist, but the man who put the Zodiacal dust on the map… [Laughs]

“Maybe so, yeah, maybe so. It’s interesting, I thought I saw dust coming from outside the solar system, which was a little bit of a sort of a risky thing to say at the time. It was kind-of a heresy. And my supervisor said, ‘Don’t publish that.’ This is 30-40 years ago now; he said, ‘Don’t publish it because people are going to laugh at you.’

“But now we know that material does come into our solar system from outside, from interstellar space. So I kind of wish I’d published that. But you know, some things are not meant to be,” Brian May said.