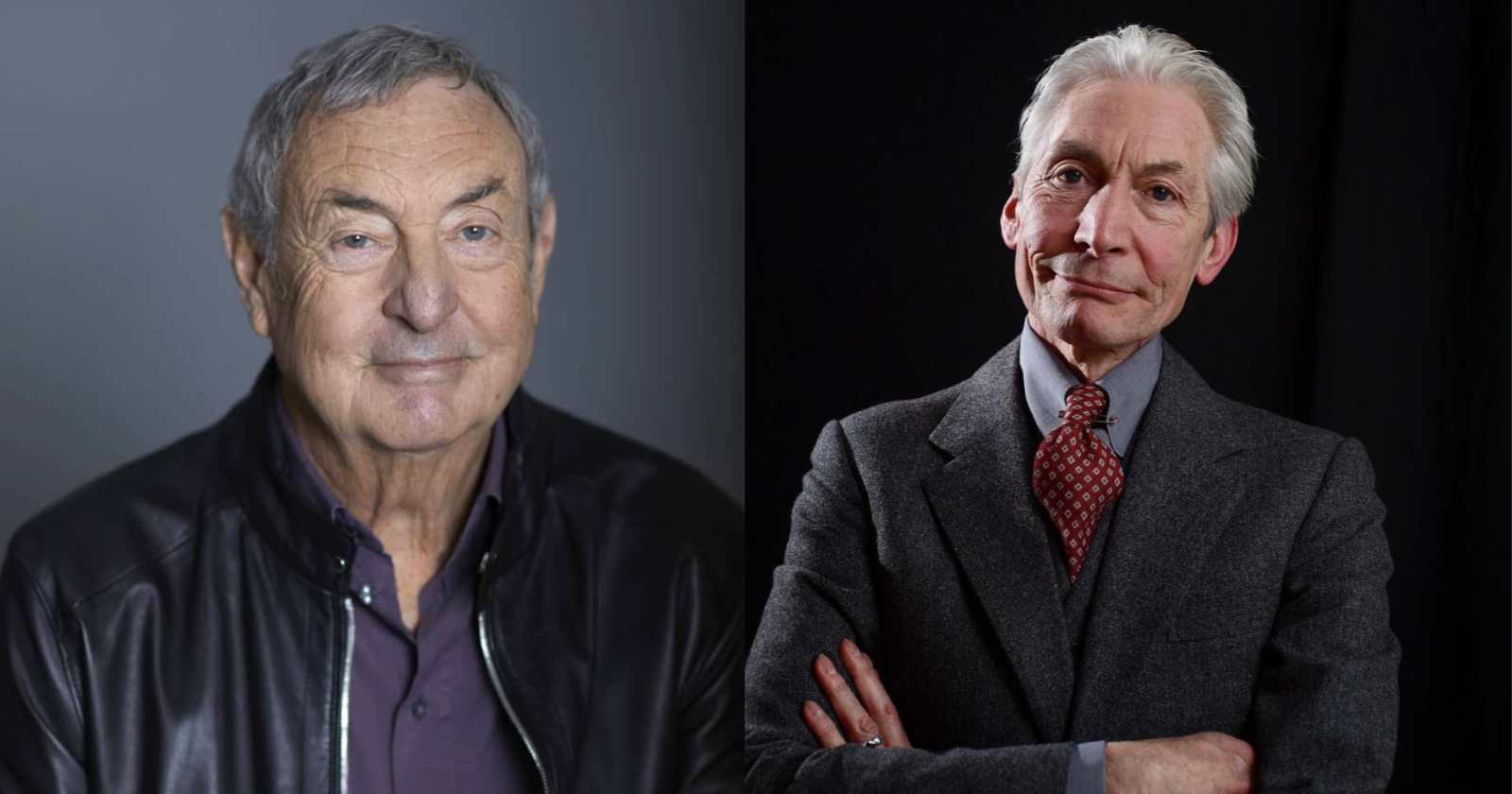 Photos from Saucerful of Secrets and Rolling Stones Instagram

Pink Floyd drummer Nick Mason talked in an interview with The Coda Collection about the late Rolling Stones drummer Charlie Watts and the expectations that their fanbase had regarding the band future.

“I didn’t know Charlie well, at all, but I knew him a bit. He was absolutely delightful character and I just wanted to say something about what he provided, I suppose, to the band. Because one can get sort of a bit carried away with technique, particularly with drums in a way. No, actually all instruments, how fast can you play that arpeggio, whatever it is. And I think the reality is, very few drums ever play the sort of the techniques, the things that they can actually do, because part of the role of the drummer is to make it work within the context of a band.”

“I don’t think Charlie ever did a drum solo with the Stones. That says quite a lot, I think, because it wasn’t necessary. What really mattered was to keep that groove going for the band. It’s a little bit the same with Ringo, I think, that people underestimate just quite how good they are in that particular role. And frankly, the Beatles with Ginger Baker would not have been the same thing at all. I think it’s important to recognize that.”

“The Rolling Stones, a band that have done longer than anyone else. But it’s certainly that they’re not well-known for doing something totally different. And it’s interesting, they are hide bound slightly by their fan base, who simply don’t want, Mick, in particular, anything he tries on his own, the fans sort of try and shoot it down because almost like it feels as though you’re not allowed to leave and work outside the band. I mean obviously it isn’t quite that bad. But it is interesting that the brand is so strong that the fan base really don’t want the apple cart upset.”