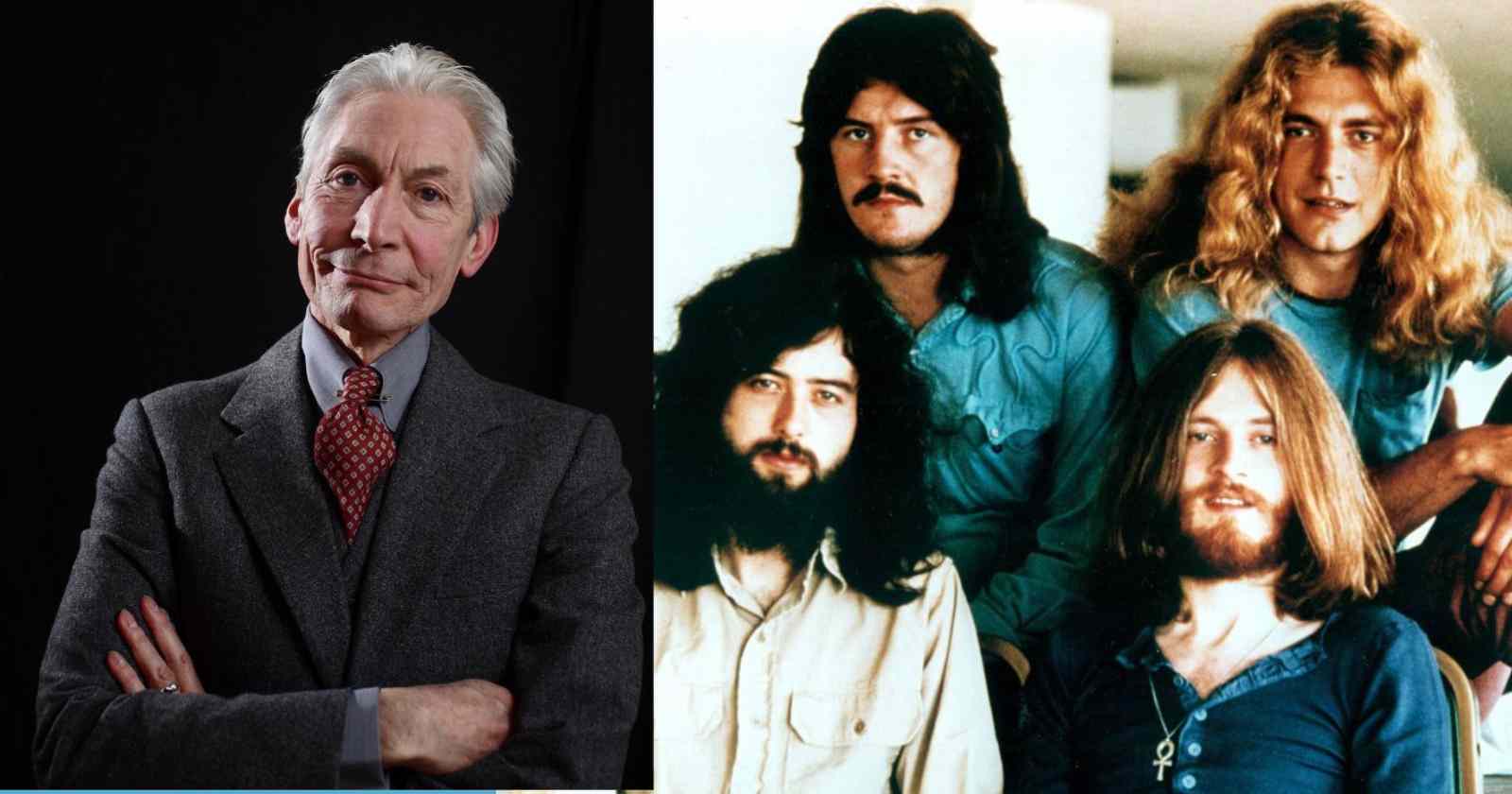 Charlie Watts was The Rolling Stones drummer for 58 years until his death in 2021. He influenced many generations of musicians all over the world and in an interview with Classic Rock magazine back in 2012 he gave his opinion on Led Zeppelin and the late drummer John Bonham.

What was Charlie Watts’ opinion on Led Zeppelin and John Bonham:

When talking about the how Rock and Roll musicians took the Blues and expanded in other directions, Charlie Watts gave his opinion, saying: “A lot of white bands to me are vastly overrated. I say white bands because most of the music I love to play on record is by black American musicians, 40s and 50s stuff.”

“When white musicians did get hold of the blues, they seemed compelled to expand it in all directions: Led Zeppelin, Cream, 15-minute versions of Crossroads. The Stones never did. Zeppelin were amazing. Just the sound of Bonham and Jimmy Page was an amazing sound in itself, without anything else. And then you had the fact that they were bloody good players.”

In an interview with Rolling Stone magazine back in 2005, Charlie was asked if he could imagine The Rolling Stones going on without him. He answered talking about John Bonham and other players:

“I think they would, if they wanted to (..). There’s no reason why they shouldn’t, if people turn up to see them. There’s guys in our road crew who can do what I do. They see me play every night. It’s like Buddy Rich — his roadie used to do all the rehearsals with the band. The greatest thing, I suppose, is the combination of the four of us.”

“The Stones is that. Technical ability is another thing. It’s like the Who. They’ve had some fine drummers. They’ve got one now — Ringo Starr’s son Zak. He’s great. He’s not Keith Moon. That was a personality. Pete Townshend and Keith — they were fantastically mad, the pair of them, onstage. John Bonham was the same with Led Zeppelin — it was a sound, thunderous. And you couldn’t have Cream without Ginger Baker.”

The legendary Rolling Stones drummer Charlie Watts died at the age of 80 peacefully in a London Hospital on August 24, 2021. The news was shared by his spokeperson. The band announced a few weeks before his passing that he would not perform with them during their “No Filter” 2021 American tour due to a medical procedure. He was Stones’ drummer since 1963 (for 58 years).

The official statement said about the death of Charlie Watts: “It is with immense sadness that we announce the death of our beloved Charlie Watts. He passed away peacefully in a London hospital earlier today surrounded by his family.”

“Charlie was a cherished husband, father and grandfather and also as a member of The Rolling Stones one of the greatest drummers of his generation. We kindly request the privacy of his family, band members and close friends is respected at this difficult time.”